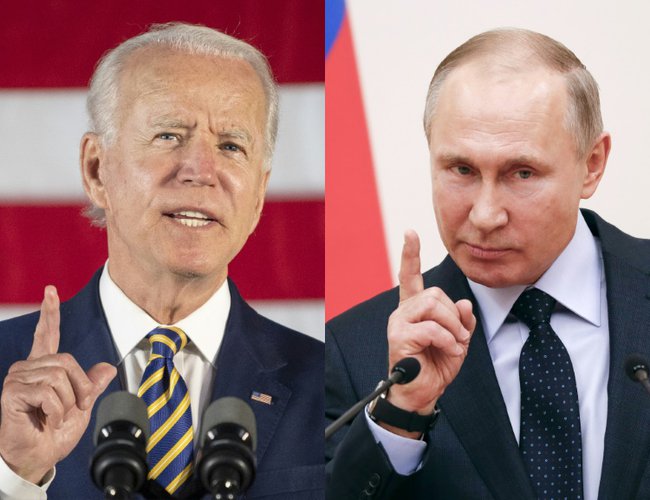 US President Joe Biden says that the United States renews its commitment to work toward "the ultimate goal of a world without nuclear weapons."

Biden released a statement Monday ahead of the review meeting of the Treaty on the Non-Proliferation of Nuclear Weapons.

He said that his administration is ready to outline a new nuclear arms deal with Russia when New START expires in 2026. He called on Moscow to demonstrate its ability to negotiate "in good faith."

Biden also called on China "to engage in talks that will reduce the risk of miscalculation and address destabilizing military dynamics."

The US, UK and France also released a joint ministerial statement in which they called on Russia "to cease its irresponsible and dangerous nuclear rhetoric and behavior."

They also touched on North Korea's nuclear and missile programs. They said they "remain committed to complete, verifiable, and irreversible dismantlement" of nuclear weapons by the North.

Blasts Hit Russian Air Base In Annexed Crimea By Agencies 1 hour, 14 minutes ago

China Ends 4 Days Of Military Drills Around Taiwan By Agencies 2 days, 1 hour ago