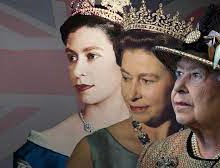 Queen Elizabeth's son, Prince Charles, who had long been heir to the British throne, has become king. He released a statement on Thursday over the death of his "much-loved mother."

He said it is a moment of the "greatest sadness" for his family but that they will be comforted knowing of the "respect and deep affection by which the Queen was widely held."

Prime Minister Liz Truss hailed the Queen as "the very spirit of Great Britain," adding that she was the rock on which modern Britain was built and that the country has grown and flourished under her reign.

Canadian Prime Minister Justin Trudeau said her steady grace and resolve brought comfort and strength to everyone "in a complicated world." The leader of the largest country in the Commonwealth said the Queen's service to Canadians will remain an important part of their history.

US President Joe Biden and First Lady Jill Biden sent their condolences. They recalled how, when they met the Queen last June, she charmed them with her wit, moved them with her kindness, and generously shared her wisdom.

Members of the public will have a chance to pay their respects in London. Officials are finalizing plans for a state funeral, within two weeks, at Westminster Abbey.

Britain's Queen Elizabeth II was born on April 21, 1926. She was the first child of the Duke of York, who later became King George VI. She ascended the throne at the age of 25 after the King died in 1952.

The Queen gave a speech on her 21st birthday when she was a princess. She pledged to devote her whole life to the service of the British and Commonwealth public.

She became the longest-reigning British monarch in 2015, surpassing Queen Victoria, who served for over 60 years until 1901. In June, Platinum Jubilee events marked Queen Elizabeth's 70 years on the throne.

The Queen was beloved as a symbol of the unity of the United Kingdom. She married Philip Mountbatten in 1947. The couple had four children, including their eldest son Prince Charles.

The Queen frequently visited Commonwealth realms to bolster relations at a time when Britain's influence on international politics was in decline after World War Two.

One after another, its colonies became independent.The Queen had close ties to Japan's Imperial family. Emperor Showa visited Britain in 1971, followed by the Queen's official trip to Japan in 1975.

The Queen actively sought to communicate with the public through Twitter and other social media as part of her efforts to make the royal family more open.

She expressed her gratitude to healthcare professionals and other workers online amid growing concerns about the coronavirus pandemic. She also called in a televised speech for the unity of people to overcome the virus.

The Queen dealt with various challenges. Popular opinion viewed her reaction as cold when former Princess Diana died in a car crash in 1997 after her divorce from Prince Charles the previous year.

The Queen also faced the announcement in 2020 by her grandson Prince Harry and his wife Meghan that they wanted to stop being senior members of the royal family.

Buckingham Palace said the couple would not be working members. The Queen reportedly took a strict stance to protect the royal family by refusing the couple's wishes to perform some official duties.

Prince Philip, the Queen's husband of 73 years, died in April 2021. The Queen was hospitalized for health checkups last October.

She had reduced her public appearances in recent months, with Prince Charles, Prince William and other royal family members taking over some of her engagements.