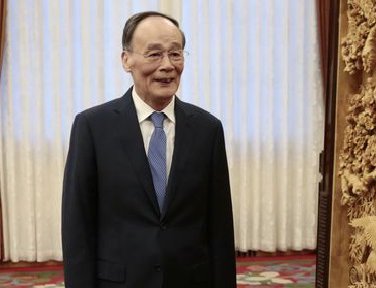 Wang visited the British Embassy in Beijing earlier this week to pay condolences, saying that Queen Elizabeth actively contributed to the development of China-UK relations.

On the other hand, Russia's government has revealed it was informed by the British Foreign Office that the country's representatives would not be invited.

The Russian statement condemned the decision, saying "the UK's attempt to take advantage of a national tragedy that touched the hearts of millions of people around the world in order to settle scores with us during the days of mourning is deeply immoral."

It also said, "Russia is sending heartfelt condolences to the British people over their great loss."

Reuters news agency has cited diplomatic sources as saying that aside from Russia, Britain has also refrained from inviting delegations from Belarus, Myanmar, Syria, Venezuela and Afghanistan.