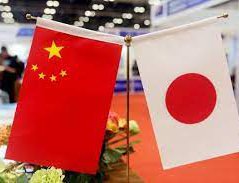 Thursday marks the 50th anniversary of the normalization of diplomatic relations between Japan and China. But with bilateral ties strained, the mood is far from celebratory.

In August, Chinese President Xi Jinping sent a message to Japanese Prime Minister Kishida Fumio wishing for Kishida's recovery from COVID-19. Xi said that as this year marks a half century of normalized ties, he is ready to work with Kishida to build a relationship that answers the needs of a new era.

Many events commemorating the anniversary have been held in China this year.

But the atmosphere is subdued rather than festive due to friction over the Senkaku Islands and Taiwan.

Japan controls the Senkakus. The Japanese government maintains the islands are an inherent part of Japan's territory. China and Taiwan claim them.

Visits between the countries have also been at low levels because of the coronavirus pandemic.

Global Times, affiliated with the Chinese Communist Party, said in an editorial on Wednesday, "The sense of mistrust and strategic doubts between China and Japan are unprecedented in 50 years."

It also argued that Japan, together with the United States, is trying to contain China.

Yang Bojiang, the head of the Institute of Japanese Studies of the Chinese Academy of Social Sciences, said future bilateral relations are very important, whether they are private-sector exchanges or strategic dialogue between governments. The institute has some influence on the Chinese government over policies toward Japan.

China Partially Lifts Lockdown In Southern City of Guangzhou After Protests By Agencies 16 hours, 4 minutes ago