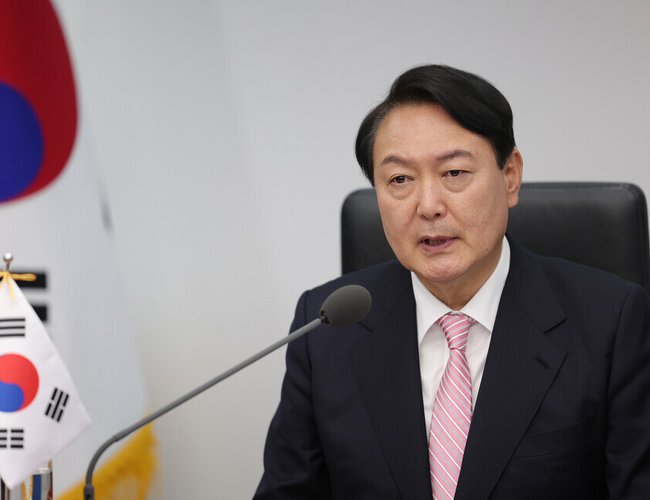 He said the North fired an intermediate ballistic missile that flew about 4,000 kilometers, passing over Japan's archipelago.

He also said that Pyongyang could face a resolute response from South Korea's military, as well as its allies and the international community.

The Japanese government says a North Korean missile appears to have flown over Japan and fallen into the ocean.

Officials believe the missile was launched from a location in North Korea at about 7:22 a.m. Japan time.

They said it appeared to be a ballistic missile, and was heading towards Hokkaido and Aomori prefectures in northern Japan.

The Japanese government issued an alert through the nationwide emergency warning system, which sends information to local governments through satellites.

It told people in the areas to take shelter in sturdy buildings or underground.

At 7:46 a.m., officials said the missile may have flown over Japan and fallen into the Pacific Ocean.

They say it appears to have fallen outside of the country's exclusive economic zone.

It's the seventh time ever that a ballistic missile has flown over Japan.

The defense ministry says it is the 23rd time that North Korea has test-fired missiles this year. Officials from Japan, the US, and South Korea are monitoring the situation.

Japanese Prime Minister Kishida Fumio says" We strongly condemn the launch as an outrageous act. In response to it, I have instructed officials to check for possible damage caused by falling objects, to thoroughly collect and analyze information, and cooperate with allies."

Transportation officials also issued a warning to air traffic around the country.