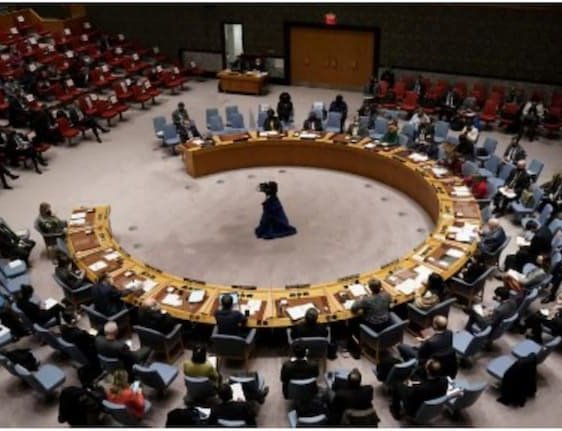 The UN Human Rights Council on Thursday voted against holding a debate on alleged widespread abuses in China's Xinjiang region after intense lobbying by Beijing, in a major setback for Western nations reports AFP.

The United States and allies last month presented the first draft decision targeting China to the UN's top rights body, seeking as a bare minimum a discussion on Xinjiang.

The move came after former UN rights chief Michelle Bachelet released her long-delayed Xinjiang report, citing possible crimes against humanity against Uyghurs and other Muslim minorities in the far-western region.

Western countries thought that by going no further than simply seeking to talk about the findings, enough other nations would not block putting it on the agenda.

But in a moment of drama, countries on the 47-member council in Geneva voted 19-17 against holding a debate on human rights in Xinjiang, with 11 nations abstaining.

"The United States condemns today's vote preventing a discussion about Xinjiang," US ambassador to the council Michele Taylor tweeted.

Inaction "shamefully suggests some countries are free from scrutiny and allowed to violate human rights with impunity".

China's ambassador Chen Xu said the push to discuss the issue was "taking advantage" of the United Nations "to interfere in China's internal affairs".

"The draft decision is not pro-human rights but for political manipulation," he told the council.

"Today China is targeted; tomorrow any other developing country could be targeted."

The draft decision was put forward by the United States, Australia, Canada, France, Germany, Norway, Sweden and Turkey, among others.

One Western diplomat stressed that regardless of the outcome, "the number one objective has been fulfilled" in putting Xinjiang in the spotlight.

It brought UN endorsement to long-running allegations that Beijing detained more than one million Uyghurs and other Muslims and forcibly sterilised women.

Amnesty secretary general Agnes Callamard said Thursday's vote was a "dismaying result that puts the UN's main human rights body in the farcical position of ignoring the findings of the UN's own human rights office".

"For council member states to vote against even discussing a situation where the UN itself says crimes against humanity may have occurred makes a mockery of everything the Human Rights Council is supposed to stand for."

HRW's China director Sophie Richardson called it an "abdication of responsibility and a betrayal of Uyghur victims".

ISHR executive director Phil Lynch said it was "shameful" that "Muslim countries... have overwhelmingly failed to even support a UN discussion on rights abuses against Uyghurs."

Indonesian ambassador Febrian Ruddyard said, "As the world's largest Muslim country and a vibrant democracy, we cannot close our eyes to the plight of our Muslim brothers and sisters".

But, as China did not consent, a discussion "will not yield meaningful progress", hence Indonesia voted 'no'.

The sentiment was echoed by Qatari ambassador Hend Al-Muftah.

In the end, only Somalia voted 'yes' out of 13 countries.

Britain's ambassador Simon Manley said the close result nonetheless showed Beijing that "a significant number of countries will not be silenced when it comes to egregious human rights violations", whoever the perpetrator.