Nepal ranks 81st out of 121 countries with a score of 19.1 which places Nepal at a moderate hunger level 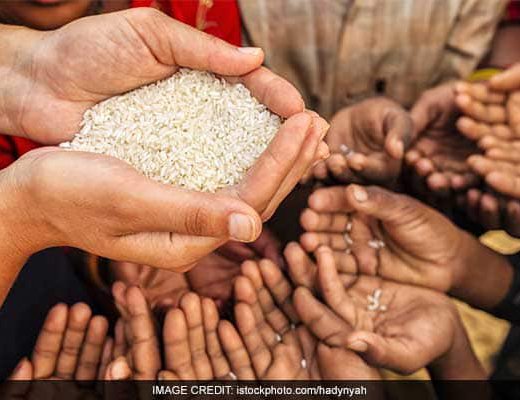 The 2022 Global Hunger Index (GHI) brings us a bleak reality that the world continues to be unequal. As many as 830 million people worldwide, mostly in the Global South go to bed hungry each night. Millions of people are suffering from different forms of malnutrition.

The world produces enough food to feed everyone on the planet, 1.5 times the global population, but the challenges are access, availability, and affordability of adequate nutritious food. Global food security is affected by conflict, disasters, climate change, food waste, and gender inequality. The COVID-19 pandemic and the Ukraine war have already left millions exposed to food insecurity and inflation in the Global South.

According to the 2022 GHI, hunger is at alarming levels in 5 countries - Central African Republic, Chad, the Democratic Republic of the Congo, Madagascar, and Yemen— and is provisionally considered alarming in 4 additional countries - Burundi, Somalia, South Sudan, and Syria. In a further 35 countries, hunger is considered serious.

Nepal ranks 81st out of 121 countries with a score of 19.1 which places Nepal at a moderate hunger level.Nepal has made significant improvements in reducing the hunger index in the last 20 years. India’s position in hunger is depleted as the country falls to its 107th position. In South Asian countries, Sri Lanka stands at 64th rank, Bangladesh at 84th, Pakistan at 99th, and Afghanistan at 109th rank in hunger outspread in the country.

Iraq has made significant improvement in the last 20 years too while Jordan has moved from low to moderate with a 16.9% undernourished population. Jordan suffers from high food insecurity. Many South Asian and African countries have made slight improvements, but they are at a moderate hunger level.

This is something to cherish regardless of the ups and downs in the protracted political transition in the Global South. Some of the improvements were largely due to the increased coverage of health and nutrition services, as well as education, water and sanitation, and income generation. However, the countries face challenges such as child stunting (low height for age) under five years and child wasting (low weight for height) are high because of chronic malnutrition. The undernourishment population and child mortality (under five) are significant. Pregnant and lactating women also suffer from micronutrient deficiencies.

Food must be available and at a price that people can afford. One way of improving food security is to increase food production to ensure food is available and affordable. This can be done through modern farming systems and increased mechanization of farms. There are ongoing issues concerning potential negative effects such as deforestation, soil erosion, land-use conflicts, and gender inequalities in modern farming systems.

Urban agriculture with markets for the poor is an opportunity to improve food security in urban areas. Equally important is the issue of addressing recurring land issues and hierarchical power dynamics in the Global South that create power and wealth concentrated in the hands of a few elites and corporations. Moreover, there is a genuine need to engage indigenous people with indigenous knowledge to produce nutrition-rich food adapting to changing climates.

Dr. Prabin Manandhar is an expert in international development. Currently, he is working as the Country Director of Helvetas Swiss Intercooperation Nepal. He is the Former Chair of the Association of International NGOs in Nepal (AIN). He is also a visiting faculty at Kathmandu University and the Tribhuvan University Institute of Crisis Management Studies. The opinions are his own and not that of his employer. He can be reached at prabin.manandhar11@gmail.com