What Did Nepal Learn From Ghana? The Perspective

For Nepali participation, Clean Cooking Forum opens the windows of opportunities to pave the way to accelerate the clean cooking campaign reaching all population by 2050. 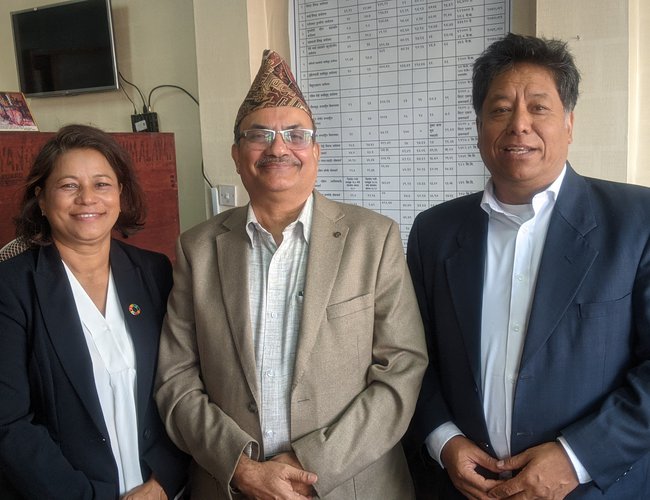 After returning from taking part in the Ghana Conference, I have realized that the Nepal government, NGOs, private sectors and academic institutions have been heading in the right direction. Ghana’s conference approves our policies and programs. We have very enthusiastic and highly motivated knowing that our programs and policies as per with the Clean Cooking Alliance (CAA) movement. Each step is justified. Now we can work on new programs and introduce necessary changes at policy levels. This is also related to empowering women. For us, empowering women is one important aspect and generating resources through the carbon trade is another milestone. We can use our electricity, protect forests and reduce the LPG saving Nepal’s foreign currency reserve. I believe that these are important things we have learned, . 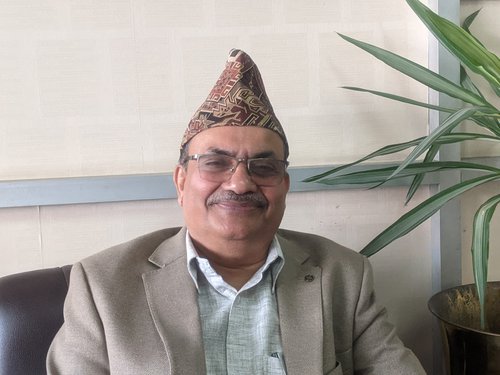 After launching two programs at the Birgunj Metropolitan level and provincial 1 capital in Biratnagar, we realized that there is already a policy level change at two tires of government. NPC is already working closely with different stakeholders to have a national-level policy. As the National Planning Commission was in the early stage of drafting the fifth-year plan, interactions and meetings in Ghana conferences helped to understand what need to make changes or what need to add to the policy level to promote clean cooking. Participated by over 600 representatives from the world, Ghana Conference is the largest global conference aiming to promote clean energy. In terms of participants, the conference was diverse with the representatives from government, the private sector, donors and NGOs. It was a great privilege for me to lead a Nepalese delegation with government, private sector and NGO representatives. We have interacted with several different groups Along with the main conference; the sideline meeting was also important where we had the opportunity to meet different stakeholders and players involved in the clean cooking campaign.

We have been talking about the carbon trade issue for a long period of time. However, we learned so many new things during the conference regarding the carbon trade and linking clean cooking to the carbon trade. If we link clean cooking with carbon trade, will be a major achievement. This will ease the burden on the government to use its limited resources to provide subsidies to the poor for clean cooking. We can easily use the resources generated from the carbon trade. We told the delegation that the situation is very conducive in Nepal to promote clean cooking. Access to electricity in Nepal is 94 percent, over 500000 biogas plants and promotes smoke-free stoves use wood. We have surplus electricity in Nepal and we have confidence that Nepal can go to electric cooking. Nepal is currently working to develop an action plan so that the pace of clean cooking can further accelerate. National Planning Commission is now finalizing an action plan for clean cooking with the Alternative Energy Promotion Center (AEPC). This is a major breakthrough. With the announcement by the government in its policy regarding promoting electric cooking and budget announcement by federal government, provincial governments and local level governments, clean cooking is at the state of implementation at the national level.

At a time when we know that, 24000 women are dying in Nepal and large numbers of children and women are suffering from smoke-related diseases, the Ghana Forum taught us a lot of lessons.

There is no doubt that Nepal is ahead in clean energy at all levels. It is very interesting to note that Nepal has the largest number of biogas plants. This means we are much ahead. In Africa, they are yet to reach 100,000. However, Nepal already has over 600,000 plants. African countries are planning to create one million plants in a decade. Similarly, Nepal has already started to implement policies to materialize the commitment made to Social Development Goals and NDC. 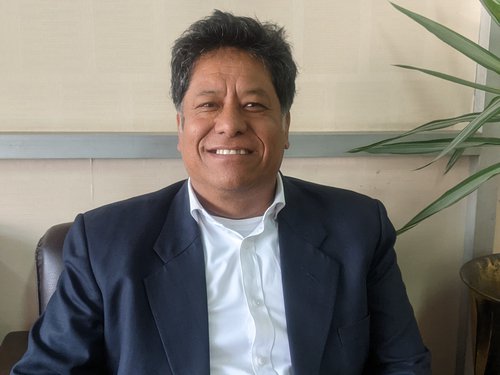 We have also learned the impacts of quality electric stoves and the availability of high-standard locally produced stoves which are key to increasing access to clean cooking. One of the main advantages of using electric cooking and other clean cooking devices is that there is need no to worry about resources. There are resources available from carbon trade and there are many organizations eager to support Nepal to exchange Nepal’s carbon footprint with the companies. By generating the resources from the carbon trade, Nepal also can support people by providing subsidies.

When we talked about electric cooking, Nepal Electricity Authority (NEA) is a major party in terms of sustained and quality distribution and supply of electricity. If all the people use electricity for cooking, NEA’s system will have to face the pressure. For this, Clean Cooking Alliance (CCA) has already made a proposal to conduct a study on how much pressure NEA will face, what is the picking time for cooking and how it will affect distribution capability. We can learn more from Norway as they have already started electric cooking since the 1950s. Norwegian delegation suggested we go to electricity from LPG.

With the increase in global energy prices, this is the right time for the energy transition. On the first day, we took part in a discussion with the delegation of the International Renewable Energy Agency (IRENA). We talked about how to influence policy. We have a clear policy and white paper on how to convert LPG. This year Government at all three tiers of government allocated the budget.

As our development process is framed in poverty alleviation, we cannot say that we provide electric cooking only in urban areas. Our main focus of development is on the rural poor. PRSP started in 1998 and Nepal also has a mad evaluation process.NPC has a policy framework for evaluation. Our program is framed in LDCs. Our policy is famed for subsidies for the poor and the governments cannot provide any subsidy in urban areas. Thus, only the private sector can provide electric cooking stoves in urban areas at fewer prices. Given the press policy framework, Nepal cannot provide subsidies for electricity and its appliance used in the urban centers. Nepal’s National Policies are still a rural focus. However, 55 percent population is urbanized and 50 percent population lives in terai.

The question now is whether to provide a subsidy or not. What we have learned from Ghana is that there do no need to give subsidies for electric cooking because it generates money through carbon trade. We don’t need donors and government to provide subsidies, Nepal can generate resources from clean cooking including biogas and electricity. The money coming from the carbon trade can be used for subsidies. If that money is directly given at the consumer level, the government needs not provide subsidies.

The good news is that Nepal has been investing huge amounts of resources to improve the transmission and distribution system. Thus, we may encourage people to use electricity in cooking by offering certain subsidies to the poor as announced by Birgunj Metropolitan City which will provide up to 30 units of free electricity.

Our participation at the Ghana Forum was extremely meaningful given the present state of energy transition in Nepal. Women are the driving force behind the clean cooking transition – feeding their families, working in sales, leading enterprises, implementing policy and structuring finance. They spark innovation despite all odds; they persist in the face of obstacles and insist on building a better future for all. 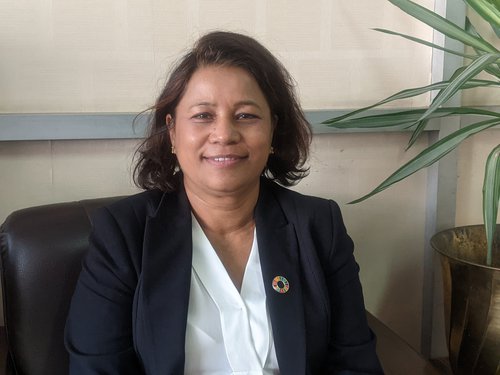 For too long the conversation around gender and clean cooking have focused on women as victims – suffering the disproportionate impacts of poor health and safety – or merely as passive beneficiaries, receiving improved solutions delivered by well-meaning donors. But this historic narrative does not reflect reality.

Accelerating access to clean cooking is a critical tool for empowering women and advancing gender equality. Women are essential to the widespread adoption and use of clean cooking solutions. Their agency as household decision-makers and consumers should not be underestimated. Their involvement as employees & entrepreneurs helps businesses thrive. Their leadership in policy and finance is essential to achieving progress at scale.

Similarly, youth have a vital role in achieving universal access to clean cooking, contributing to the cleaner, healthier, and more sustainable future that young people need to thrive. Ninety percent of the world’s 1.8 billion youth live in developing countries where 2.4 billion people still rely on polluting fuels and stoves to cook their food. The negative impact of traditional cooking on young people is substantial, both in terms of the size of the youth population affected and the cross-cutting nature of the adverse impacts on youth.

After listening to the views in the forum, we have a reason for satisfaction as Nepal is far ahead in electric cooking compared to many other LDCs and developing countries. To improve the policy, there needs evidence-based research. In partnership with the Alternative Energy Promotion Center and Nepal Open University, Clean Cooking Alliances and World Research Institute, the clean cooking explorer has already been launched to collect data and update information on clean cooking in Nepal. This is a platform based on digital data where one can extract the all information regarding clean cooking. One can access information regarding the state of clean cooking supply of electricity, connectivity and so on. Even the private sector can use these resources to involve in electric cooking. The platform disseminates information regarding the supply of electricity. We have already collected stove monitoring piloting data. Our aim is to provide data to NEA showing much pressure clean cooking devices give to the NEA’s distribution system. The data will include the cooking time and picking of electricity demand and load pattern.

Ecuador has made good progress in electric cooking. By increasing the prices of LPG, Ecuador is promoting electric cooking. They are ahead in this area. CCA has two objectives: working at the global level and developing market at clean cooking for developing and poor countries. . CCA is facilitating various companies within the country. CCA is approaching the new companies which have the latest technology to monitor the use of electricity in cooking.

We have been working in collaboration with various partner organizations. CCA can venture capitalists to manufacturers to produce stoves. CCA is piloting quality production. They have already made promotion piloting in two or three places. They will test Nepali manufacturing and others. They will also pilot metal stoves or improved cooking. This clean energy consists. They will provide technology. They will invest in linking carbon trade. CCA’s sister organization Clean Climate Air Coalition (CCAC). We have finalized the decision on how to go and negotiate.

We Are Yet To Discuss Our Annual Report In The House Of Representatives: Chairperson Bishnu Prasad Tharu By Keshab Poudel 6 months, 1 week ago