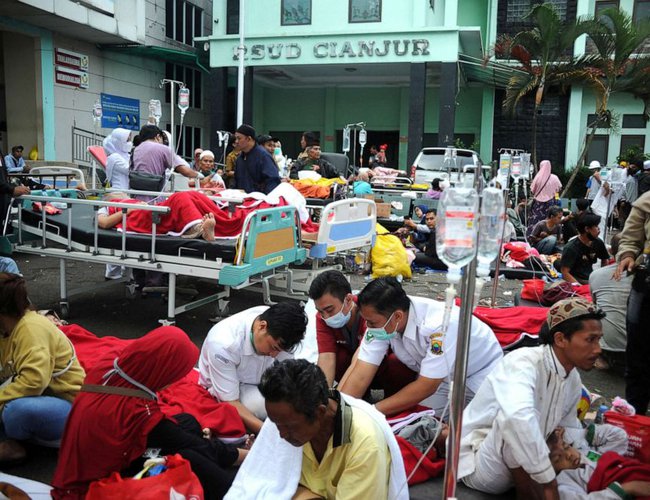 Indonesian authorities are struggling to rescue survivors and to deliver aid supplies to nearly 60,000 evacuees after a powerful earthquake.

The country's disaster authorities say at least 268 people have been confirmed dead, and 151 are still missing. They say more than 1,000 people are injured.

Rescue workers are scrambling to reach people trapped in debris, as the strong jolt caused mudslides in many places.

More than 100 aftershocks have followed the initial quake, forcing about 58,000 people to evacuate.

In the Cianjur district, about 100 residents are using plastic sheets to erect makeshift tents outside.

Many evacuees have been left without aid supplies more than 24 hours after the quake.

Local media say evacuees need food, blankets and diapers. But many areas are isolated as mudslides made some roads impassable.

Weather officials warn residents to remain on the alert, as rain could trigger more mudslides, expanding the damage.

China Partially Lifts Lockdown In Southern City of Guangzhou After Protests By Agencies 15 hours, 50 minutes ago