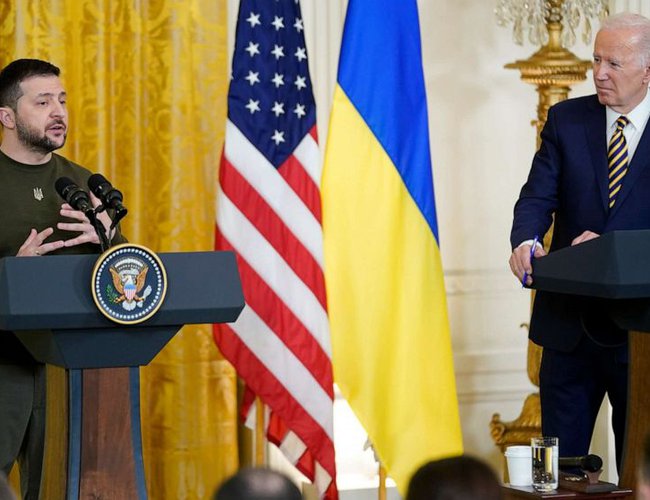 US President Joe Biden has pledged to provide Ukraine with the Patriot missile defense system at a White House summit with Ukrainian President Volodymyr Zelenskyy.

Biden and Zelenskyy held a joint news conference after their meeting on Wednesday.

Biden suggested that Russian President Vladimir Putin will soon realize he cannot win the war against Ukraine, and that is when Zelenskyy will decide how to end the conflict.

He stressed the need to continue support for Ukraine.

The Patriot is considered to be one of the most advanced US air defense systems. It would bolster Ukraine's air defense as Russian forces step up their attacks on the country's power facilities.

Russia has protested the transfer of the Patriot as provocative, but Biden stressed that the system is defensive, not escalatory.

Zelenskyy thanked the United States for its support, and noted the power and global influence of US leadership.

He said he believes that despite any changes in the composition of Congress, bicameral and bipartisan support will be maintained.

The Republicans are set to take control of the House of Representatives in January, as a result of last month's midterm elections.

Zelenskyy reiterated his government's determination to survive the winter and protect the Ukrainian people from Russian aggression.

Ukraine welcomes US Offer Of Long-Range Rockets By Agencies 10 hours, 45 minutes ago

US Shoots Down China's Balloon, Says Defense Department By Agencies 11 hours ago