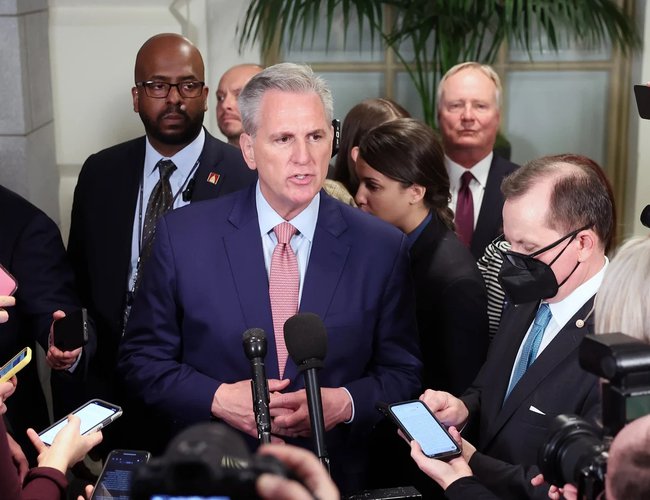 The US House of Representatives has failed to elect a speaker on the first ballot for the first time in 100 years.

The Republicans won a majority in the chamber following the elections in November and the new session adjourned on Tuesday.

Top House Republican Kevin McCarthy was seen as a favorite within the Republican Party to become speaker. But he fell short of a majority in the first ballot after failing to gain support from hardliners and other Republican representatives.

He also failed to win a majority in the subsequent two rounds of voting. The next vote will be held on Wednesday or later.

To become speaker, a candidate must receive more than half the House's 435 representatives' votes. The House is unable to conduct debates or hold votes without a speaker.

Local media say Tuesday's balloting marked the first time in a century that a House speaker nominee has failed to win.

The vote highlights divisions within the Republican Party at a time when it must step up its efforts to confront the Biden administration as the 2024 presidential election approaches.

Ukrainian Soldiers Arrive In Britain For Tank Training By Agencies 17 hours, 12 minutes ago