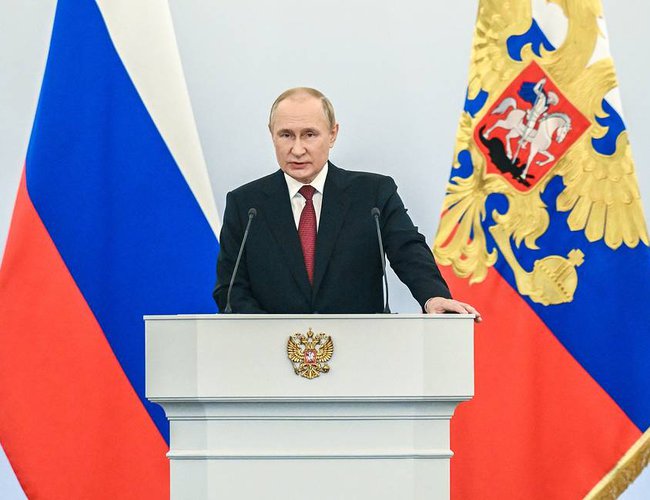 Russian President Vladimir Putin has entered the New Year determined to press ahead with the war in Ukraine. His invasion has not gone the way he had hoped. But now, he says he has weapons that other countries can't match.

Putin spoke with some of his senior commanders in a video conference on Wednesday to chart strategy. He announced he had deployed a ship armed with Zircon hypersonic missiles. His commanders say the weapons can fly at nine times the speed of sound and have a range of one thousand kilometers.

Putin said, "There is no equivalent... in any country in the world. I am sure that this powerful weapon will allow Russians to defend themselves against potential external threats, and help serve our national interests."

The ship will sail to the Atlantic Ocean, the Indian Ocean and the Mediterranean Sea. Russian commanders say the missiles onboard can deliver pinpoint strikes against targets on both water and land.

Those same commanders have faced criticism for their latest setbacks on the battlefield in the eastern region of Donetsk. Their troops in the city of Makiivka were hit in an airstrike early on New Year's Day. The attack killed 89.

Now, the commanders say soldiers using their cell phones allowed Ukrainian forces to zero in on their positions. However, Semyon Pegov, a pro-war Russian blogger who has received an award from Putin, said that explanation is "not convincing."

Ukrainian President Volodymyr Zelenskyy said on Tuesday that Russian leaders will throw everything they have left into the fighting. He predicts they will call up more troops "to turn the tide of the war."

Zelenskyy Meets With EU Leaders By Agencies 32 minutes ago