The Tenth Five Year Plan has the target to generate 314 MW. According to the target, the public sector is supposed to construct 30 MW Chameliya and 70 MW Middle Marsyangdi and private sector was given a huge responsibility to generate 214 MW. Contrar 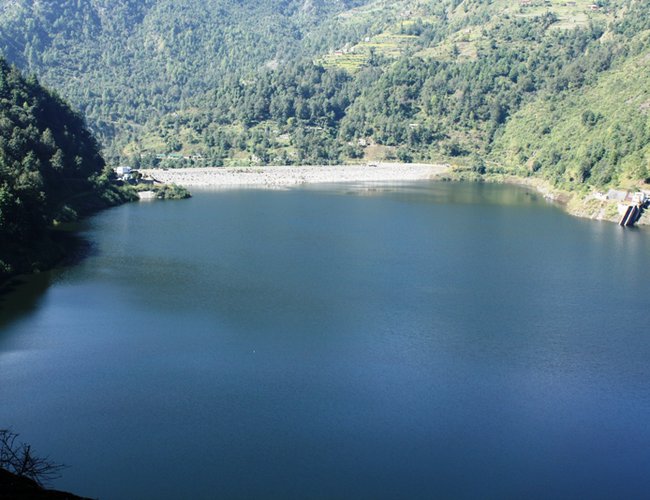 Nepal has been working to lure foreign investment in the hydropower sector since 1991. With a hope to attract private investment in generation and export of hydropower, Nepal implemented the Hydropower Development Policy in 1990. The policy stipulates that the private sector will be given a preferential treatment. After the demise of Arun III, the private sector came to invest in the Khimti and Bhotekosi projects. Under the policy, the government provided almost all preferential treatments and facilities to 96 MW projects. Along with tax deduction, the government also constructed transmission lines and Nepal Electricity Authority was asked to pay the royalty. Even the Power Purchasing Agreement (PPA) was signed to pay in US dollars with the provision for repatriation in dollars. Due to these attractive packages, the investment from the United States and Norway came to Nepal. Although the state has got 96 MW power during the summer season, it has a direct effect on the overall transaction of Nepal Electricity Authority. Due to the PPA's high price, NEA has been annually losing Rs.4 billion. Last year, NEA's total loss reached to Rs. 30 billion. As NEA failed to invest in the power sector, it was also unable to invest in the generation side to meet the growing demand. Therefore, Nepal is compelled to face the current load shedding. However, the facility given to Khimti and Bhotekosi has not been given to other private sector projects. This is the reason no foreign investor comes to Nepal to invest in the middle scale hydro power plants.

The Tenth Five Year Plan has the target to generate 314 MW. According to the target, the public sector is supposed to construct 30 MW Chameliya and 70 MW Middle Marsyangdi and private sector was given a huge responsibility to generate 214 MW. Contrary to the expectation, the public sector has failed to generate even a single unit and the private sector generated only 37 MW. Out of this, the contribution of Chilime is 22 MW. One of the interesting things is that NEA has 51 percent shares in Chilime. Hoping to attract the foreign investment, the public sector did not invest in the power sector. Because of disadvantageous environment, even foreign investors failed to invest. The sorry state of power generation has been repeating again and again since the inception of the 10th plan. The demand of electricity is now over 2,000 MW, but generation is less than 400 MW. Because of lack of investment, Nepal has been passing through a prolonged crisis of load-shedding.

What restricts the flow of Foreign Direct Investment

The government has formulated half a dozen of policies, regulations and acts. The policies and acts guarantee private investment and also provide incentives. For instance, the government has given guarantees not to nationalize the property invested in infrastructure and the investors will be allowed to repatriate their investments in foreign currency. The policies and acts have assured investors as much as possible. Despite such provisions, Nepal is yet to attract foreign investment. On the one hand, there is load-shedding due to short supply of power. However, there is also a problem of market on the other. Because of this contradiction, foreign investment in hydropower sector is no more than a dream. Nepal Electricity Authority (NEA) has the monopoly. The PPA agreement depends upon the wishes of NEA’s officials. So far as export market is concerned, Nepal needs Indian support to export power to the Indian market. Although more than two decades have already passed since the planning of the construction of  Cross Border Transmission Lines, the project is yet to materialize. As there is no cross border transmission line, foreign investors are hesitant to invest in Nepal. The investors who want to invest for local consumption have no easy way either. Private sector promoters have been complaining that it takes  years to sign PPA for even 1 MW project, because of under-the-table dealings for PPA. Due to NEA's deteriorating financial status and political appointment at NEA's board, domestic investors have to spend a lot of time to do the PPA. The price for PPA for run-off the river up to 25 MW project is fixed. The project above 25 MW is done on ‘negotiable’ terms. The term negotiable is subject to interpretation. Even the PPA over 25 MW project depends upon the personal likes and dislikes of NEA's officials. There is also a reason for them to hesitate in signing the PPA on run-of-the river project as they generate less power in dry session when the demand of power goes high.

The Kali Gandaki 400 MW KOBAN project is one good example of  how NEA’s monopoly in PPA is discouraging investors. Two prestigious companies of the United States of America and India conducted Feasibility Studies and prepared the Detailed Project Report (DPR) and Environment Impact Assessment (EIA) for the Ministry of Science, Technology and Environment. The application for PPA was filed in the NEA six months ago. However, the NEA has yet to show any interest on their proposal. At a time when Nepal is in a desperate need of power, the generation of 400 MW power in the national grid will be less than sufficient. But, NEA has already said that it is unwilling to sign PPA for anything not more than 200 MW. As NEA is itself unable to invest in the construction sector, it is discouraging private investment. It indicates the monopoly of NEA in the power sector and is discouraging the private investment. As per the NEA's request, the company also applied for 200 MW PPA, but the NEA rejected this again. This power is equivalent to power of Kulekhani storage project as it generates a firm energy in 8 hours. Because of NEA's adamant attitude, the investment is yet to come. The prestigious company of Norway has a similar story. With an aim to export power to India, it completed DPR of 650 MW Tamakosi III. As it failed to negotiate the PPA with Indian Power Trading Company, the project is now uncertain. As it is a peaking project, the price of power is expensive comparative to other run off the river projects. Another hurdle for foreign investment in Nepal is the lack of cross border transmission lines to import or export electricity with India. The failure of SN power has already sent a wrong message in the world and it will hurt Nepal's credibility in the long run. Due to uncertainties, SN Power has already cut its employees. Nepal has bitter experiences in West Seti. The company has waited sixteen years to sign PPA with India. Finally, the company ran away from. Nobody knows whether it is unwillingness of India to buy Nepal’s hydro power or lack of infrastructure. Nepal's dream to be rich by exporting power to India seems to be no more than a dream.

The unsettled matter over the price of storage and peaking energy is another important aspect. NEA's reluctance on PPA is serious matter to study. At a time when the country has been passing through a severe power crisis, why is NEA not showing any interest to sign the PPA with the private promoters is also an important question. The investment in power sector will depend upon the PPA with the NEA.

Never The Twain Shall Meet By Hemang Dixit 13 hours, 15 minutes ago

Ministry Of Forest And Environment: Outcomes From The Driving Seat By Batu Uprety 1 day, 7 hours ago

Uttarakhand Glaciers And Recent Disaster: A Lesson To Our Countr By Dr. A.B. Thapa 3 days, 16 hours ago