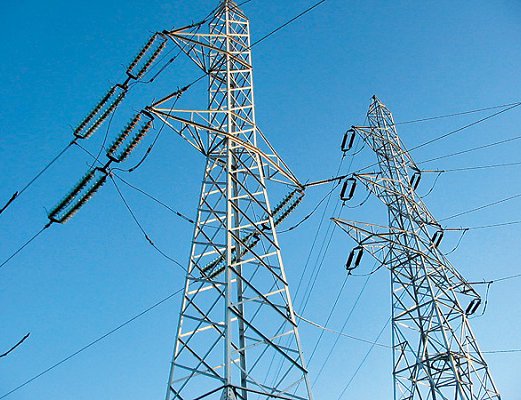 Nepal's hydropower history is over a century old. However, Nepal is yet to able to generate more than 706 MW of power. Some 35 percent people, who are receiving power from the national grid, are facing uncertain hours of power cuts. However, only seven percent of the population gets the power from alternative energy sources, including solar, micro-hydro and others. There is no access to power for the 58 percent of population.

Nepal Electricity Authority is the sole institution responsible for construction, generation, transmission and distribution of power; it is also given the authority to construct the east-west transmission lines. However, the present state of NEA is that it is unable to complete its task. NEA has the monopoly in electricity. It is said that there is less possibility to see the loss in a company having monopoly over the electricity trade. However, in the context of NEA it proves wrong.  NEA has monopoly over the transmission line. Due to its service oriented nature, NEA is compelled to sell the electricity for which it pays a much higher price. NEA is now busy to construct 592 MW project, including 456 MW Tamakosi. Due to the political instability and India's apathy, Nepal's power sector has been passing through a critical stage. Although electricity is one of the necessary ingredients for the overall development of the country, the state, government and NEA have rarely shown any interest in the transmission lines. Over the period of 100 years, Nepal has built just 981 kilometers circuit of transmission lines. If Nepal's economy, had a capacity to absorb 11500 MW (peak hour), it would have required 845 KM long 400 KV lines, the total cost for which would have been Rs. 41 billion and for 612 north south 400 kv would require Rs. 33 billion, according to the Twenty Year’s Power Generation Report. If Nepal builds this transmission line, there will be a rush of investors to invest in Nepal. In case, India agrees, even Nepal will be able to export its power to Bangladesh.

NEA is planning to expand its transmission line to 3272 kilometers or circuit. This includes 78 kilometers of 33 kV, 1409 kilometers of 132 kV, 755 km of 200 kV and 1030 kilometer of 400 kv in the coming ten years. The cost of the projects will be 1.27 billion dollars. Out of this, NEA has just 18 percent of the amount. Donor countries, including the Asian Development Bank and the World Bank, have expressed their commitment to arrange necessary funds for the project. It is yet to see how NEA and the government will arrange the funds. NEA estimates that it will require 825 technicians for the project. However, it has just over 84 technical staffs under Grid Development Department. Once Nepal completes the project, Nepal will see a relief from load shedding.

Interestingly, NEA is signing PPA with private party without transmission line.  Although there is a provision now for the connection agreement following signing PPA, NEA does not show any hesitation to sign the agreement because it does have to pay just 5 percent of compensation in case it fails to construct the transmission line at the time of generation. No sane investor can go to invest money looking at 5 percent compensation for the investment of billion of rupees. The enthusiastic private sector initially took this new provision as a victor. But, they realized later that NEA cheated them.

The dream to end the immediate load shedding of Nepal by importing electricity through this grid seems to be just a dream. Showing this agreement, India has already secured the license of two economically very much viable projects, Arun III and Upper Karnali. As long as Nepal does not have the grid connection to India, it is impossible to lure private sector in export oriented projects. A similar situation is with the domestic investment.

Never The Twain Shall Meet By Hemang Dixit 14 hours, 8 minutes ago