Leaving some exceptions, the cost of almost hydropower projects, promoted by Nepalese private sector, in Nepal, are manipulated. Showing this and that reasons and making different pretext the cost of the projects is made high unnaturally. 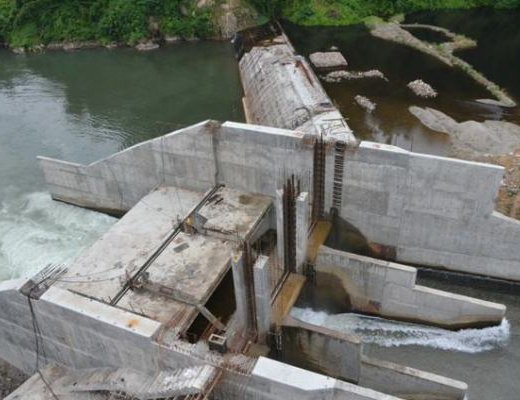 Leaving some exceptions, the cost of almost hydropower projects, promoted by Nepalese private sector, in Nepal, are manipulated. Showing this and that reasons and making different pretext the cost of the projects is made high unnaturally. Further, some promoters, without fulfilling rules and procedures, are taking money from the projects in the time of contracting. The private sector should not obey the government procurement rules and that is misusing by them. Promoter of the project should invest themselves for equity. But they are able to take money in the time of contract and not only able to make equity but success to have extra money. This is the general tendency in hydro power projects that almost promoters are making money in such a way.  These acts are doing even by well established business enterprise in Nepal. The direct effect goes to the general public, who is investing their money on project as general shareholders, which projects should open the public share. There is rule that every project should issue the share to the general public. The understanding of general public is each and every hydro power project is regarded as Chilime Hydropower Company, that has an lucrative Power Purchase Agreement (PPA) with its sister company, Nepal Electricity Authority (NEA). While the price of listed hydropower companies' share is not exceeding than Rs. 800 per share, the per share market value of Chilime is not below than Rs. 1500. So, by its nature of PPA, Chilime is most attractive hydropower company, even rather than Khimti and Bhotekoshi, whose PPAs are made in US Dollar currency. That's why general public are more keen interested for benefited through the hydropower share, as if they are going to take the share of Khimti and Bhotekoshi. But, the general public ignores that rate of return and payback period of those hydropower companies, who is issuing public share. On the other hand, the infiltrated costs of the projects are fulfilling by such general public shares in the projects.

This kind of tendency was started with the entry of private sector in Nepalese hydropower sector. US Dollar dominated Khimti and Bhotekoshi, the first private companies in Nepalese hydropower, whose project cost was very high than actual, taught Nepalese investors that how to make a project without investing even equity. The actual cost of the Bhotekoshi was 60 million US$, but it showed 110 million US$. The exact cost of Upper Trishuli 1 (216 MW), which is going to do PPA and Power Development Agreement (PDA) with the government, is estimated to be Rs. 35 billion Nepalese Rupees, but the promoter of the project Nepal Water and Energy Development Company has shown its cost for 60 billion Nepalese Rupees. In the same manner, an ongoing Upper Dordi A (25 MW), is also doing same as Khimti and Bhotekoshi. The promoter of Upper Dordi A, Liberty Energy Pvt. Ltd. is also increasing its cost by doing unfair contract of civil and tunnel. The company did contract with Bajraguru, whose initial proposed cost was very high (950 million Nepalese Rupees). Later the company negotiated for cost and made contract with 750 million Nepalese Rupees. Whereas the second lowest (840 million Nepalese Rupees) propose was come from another contractor, to whom the company did not summon for negotiation. It is obvious that without involving the second lowest company, the contract deal was made secretly. While releasing the money as per the financial agreement, the bank did not investigate and follow the procedures of contract. Banks invest the deposit of public money in such a project. When the cost of project is high the risk factor for depositor also increases. In addition, Upper Dordi A will issue public share in coming days, but long payback period and short rate of return of the project may hazard the public interest too. The project cost is estimated to be increased by Rs. 20 million per MW, only 500 meter tunnel excavation work is completed now, whereas 2.5 kilometer long tunnel is to be carried out. On the part of civil, project is failed to divert the river 2016 dry season.  The project was scheduled to be commissioned on September 2017. It shows the uncertainties of the project.

Considering the role of private sector in hydropower development, government has given 6 projects in the basis of competitive bidding, known as 'super six'. Government had completely studied those projects and they were ready to construct. But promoter of super six has increased the capacity; they didn't pay the upfront cost for additional increased capacity. It shows that either the government's study was not accurate and completed or private sector did this for not paying additional royalty. In other words, they increased capacity but did not pay royalty. The capacity of one project was 5 MW, they made it 15 MW.

The promoter should not be responsible for unnatural increment of project cost. Awarding the contract and increasing the cost of the project depend upon promoter's attitude. There is no any regulatory mechanism in government, who looks after all the cost and the account of the project. So some promoters are taking advantage of not having regulatory bodies in the power sector. When cost increases the public investors will suffer. So it needs to be set up separate body to overlook such irregularities in the hydropower sector.

Geo-politics of the Himalayas By Binoj Basnyat 2 days, 20 hours ago

It’s A Topsy-turvy World By Hemang Dixit 3 days, 15 hours ago