In 1927, Gimlette also published A Postscript to the Records of the Indian Mutiny: An Attempt to Trace the Subsequent Careers and Fate of the Rebel Bengal Regiments, 1857-1858. 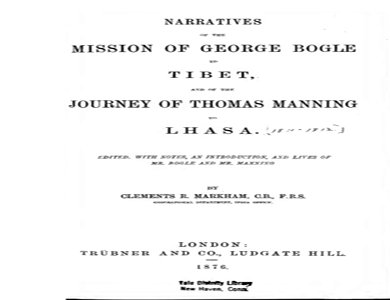 Lieutenant Colonel George Hart Desmond Gimlette’s Nepal and the Nepalese (London: H. F. & G. Witherbyn, 1927) was published at a time when the Prime Minister of Nepal was Chandra Shamsher JBR.

The book came into its present shape after sixteen years of the visit of the British King George V and six years after the visit of Prince of Wales—the  future Edward VIII. It was just four years before the signing of the Anglo-Nepalese Treaty of Friendship, and a year before the abolition of slavery in Nepal. Gimlette was yet another surgeon working at British residency in Kathmandu - the other famous notable surgeons who served there being Daniel Wright and H. A. Oldfield. Even though the book was published in 1927, many of the facts and figures referred in it were mostly from his experience in Nepal four decade earlier. Gimlettelived in Nepal from November 1883 to June 9, 1887.

The book starts with a brief geographical sketch of Nepal, its towns and villages. This is followed by description of the various races that live here. The third chapter highlights the religious festivals, temples, etc. It is here that the author asserts that “the form of Hinduism almost universally followed [in Nepal] is Shaivism, the temples dedicated to and worshippers of Vishnu being very few.” The next chapter deals with the economy of Nepal (agriculture, trade and revenue) – agriculture being generally followed by all classes, “except, of course, traders and soldiers actually serving in the army.” The book attempts to deal with constitution and laws of Nepal also. Discussion about the history of what the author describes as the Rajput dynasties of Nepal valley has been lumped in the sixth chapter. The seventh chapter deals with the origin and history of the Khas race and the House of Gorkha. The eighth chapter explains the history of the Rana family. This follows the author’s personal recollections of some of the events that transpired at the time when he was in Kathmandu.

George Hart Desmond Gimlette writes about many things that his predecessors writing on Nepal did not mention or elaborate. He describes the 22 November, 1885, coup of Bir Shamsher and his brothers against their uncle Ranauddip Singh, who was the prime minister of Nepal at that time. But he refers to the coup as a revolution and does not explain the circumstances leading to it. He notes the Newar merchant population in Lhasa to be three thousand, “but it was probably less.” “The bulk of such articles of European manufacture as reach Thibet from India, passes from Nepal. And attempts to divert this trade to the Darjeeling route have hitherto met with but scanty success.” He mentions Taklakar or Yari, Mestang, Kerong, Kuti, Hatia and Wallang as principal passes in the Himalayas. “But only Kerong and Kuti passes are the nearest to Lhasa and hence the most frequented.” However, the Kuti pass has been described as the principal trade route from where the most of the interstate traffic has been carried on.

The author describes Nepal as a country rich in iron and copper. In his description about Nepalese agriculture, he refers to two kinds of local rice: viz, the Gaya or upland rice, and the Puya or lowland rice. The transplantation of the lowland rice takes place in June and upland rice in the middle of May. The other Nepalese products are Indian corn, the red and yellow pepper, wheat, and potatoes, radishes and other vegetables. “Besides the celebrated pepper, another Nepal specialty is the large cardamom, which is gown in extensive gardens in different parts of the valley, near the foot of the hills, in shady, well-watered corners.”

Gimlette states that King Ran Bahadur Shah had made large offerings at shrines of Devi for the long life of his Brahmini queen to whom he was greatly attached. Unfortunately, when the lady died, the King was so upset that “he revenged himself by desecrating the temples and images of the goddess. Talleju, some small temples near Simbunath, and others near Pashpati, were defiled and worship in them forbidden.”  Prime Minister Bhim Shamsher has been described in the book as having suffered from phthisis (the disease causing the wasting of the body, especially pulmonary tuberculosis). Correcting the existing misconception, he clarifies that the Khas tribe of Nepal is not always the people who have fallen from their existing caste, as the offspring of the union of high caste Hindus (father) and lower caste (mother), but also that “it was a tribe [that existed in Nepal] since days yore.” He mentions the system of the “Mana Chawal” in Nepal. This has been described as “the piece of land given by the government to the nearest relative of an extinct Raja family.” The system allowed the heir to enjoy the produce of the land as long as he lived. “There is a life pension on the jagir system. No tax is paid to government. After the death of the holder the land lapses to Government.”

There is also an account of the horror of cholera epidemic that erupted in Kathmanduand the adjoining districts in 1985. It started in the month of June and continued till the end of August claiming many lives every day. There is a reference that it spread to Hanuman Dhoka palace as well, where 23 people, most of them Ketis, died. “As soon as the symptoms had declared themselves, the sufferer was hurried off to the ghats on the banks of the Baghmati, and laid in some Pati (veranah), often on the ground with no bedding or covering of any kind; his friends generally sat by him, sleeping, cooking, and caring their food until death appeared near, when the moribund would be taken to the edge of the water, and his legs to the knees, placed in the stream.”

At times, the watchers left these sick people to die. The author says: “I frequently saw people still breathing who had been lying thus partly immersed for perhaps an hour. In one case, which had promised well, the patient was found to have been placed in the water and was taken out of it by my hospital assistant; she lived for three days afterwards, but eventually died from the effects of the exposure.” He also refers to a pathetic situation when the dead people were burned in the ghats in full view of the sick lying there. Many corpses, thrown out in the river without burning them, were brought back to the banks by dogs and jackals. “The register [of Gimlette’s hospital] shows a total of nine hundred nine persons treated, or to whom medicines were sent from the dispensary; but superstition, ignorance and indifference, were all combined against the sick.”

This sad story apart, there are other interesting events mentioned in the book. Gimlette writes about an exhibition that he observed, with some other Nepalese generals, some very good-looking girls. “Though perfectly demure and proper in their behaviour, [they] did not seem in the least to disapprove of the admiration their appearance evoked from those on our elephant. The two generals thought it no end of a joke, every now and then giving me a nudge and nearly choking with laughter. I asked who the young ladies were, rather a useless question, as I knew perfectly well they were not real ladies. [General] Ranbir Jang said, with another laugh and a sly dog expression that they were “Maids of Honour,” this is the euphemism generally employed to describe court slave girls.”

There are some errors and inconsistencies in the book, which have been clearly indicated by T. R. Vaidya in his 1993 introduction to the book. In 1927, Gimlette also published A Postscript to the Records of the Indian Mutiny: An Attempt to Trace the Subsequent Careers and Fate of the Rebel Bengal Regiments, 1857-1858. That is another interesting book to the credit of this important writer.

PRASHASTI ARYAL Rising Poet By A Correspondent 2 months, 2 weeks ago

COVID-19: Protecting Workers In The Workplace By Patrick Belser 4 months ago