Justice as the head of the election government, and the developments after that, we are heading towards yet another Constitutional Assembly Election 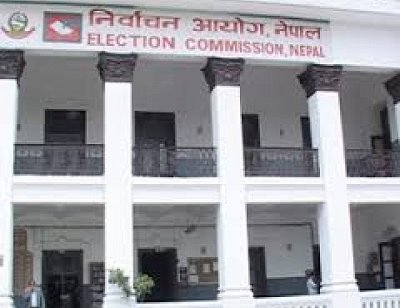 Election and government are two facets of any democracy. Election reflects will of the people in their choice of government, so in order for the government to be responsive to the people, conducting elections from time to time is of utmost importance.  Unfortunately, in the history of Nepal, since the first democratic election for national parliament in 1959, there have been a total of eight elections from (1959-2013). So, how can the government be responsive to the people if elections happen only for eight times in fifty two years of our democratic history?

Inspite of controversial decision to appoint the Chief Justice as the head of the election government, and the developments after that, we are heading towards yet another Constitutional Assembly Election. With the latest development, I am confident that election will take place, but I am concerned whether the election can be free and fair.  Election observers are one of the essential parts of a free and fair election and their role in the upcoming election is very important and challenging.

International election organization plays an important role in legitimacy of electoral process. So, reports of such organizations are very much essential for they ensure whether the elections had been conducted in a free and fair manner. Election reports, prepared by observation organizations like the Asian Network for Free Elections (ANFREL), and Carter Center etc. are based on a strong and acceptable methodologies, and have received great attention and contributed to the enhancement of political debate in the particular countries concerned as well as in the international community in general.  There are many international norms in the forms of declarations and codes of conduct with regards to international and domestic election observation. Among them is 2005 UN Declaration of Principles for International Election Observation and its Code of Conduct for International Election Observers and the 2012 Declaration of Global Principles for Non-Partisan Election Observation and Monitoring by Citizen Organizations and its Code of Conduct for Non-Partisan Citizen Election Observers and Monitors. However merely employing observation does not ensure transparency. Indeed, there must be neutral and independent observation of electoral processes to help assure credibility. The presence of independent, unbiased observers builds voter confidence in the integrity of the election process and the management authority.

Inspite of having cultural disparities, Asian countries share history, cultural heritage, religious tradition and social and political development which helps to bind them together. Moreover, the spread of democracy can help remove barriers between Asian countries and lessen conflicts, since truly democratic countries rarely take up arms against other truly democratic countries. An environment where Asian countries can come together, share their problems and discuss barriers to free and fair elections and further their mutual understanding would be truly beneficial. In this line of thought, a Bangkok declaration for free and fair elections was adopted last year, which recognizes and reaffirms the rights guaranteed in the Universal Declaration of Human Rights and other international legal instruments. Thus, election observers, while performing their duty, must abide with the code of conduct for election observer issued by EC and established international norms.

There is no single concrete definition of “free and fair”. All definitions attempt to incorporate the concepts of basic democratic values. Although the right to a representative government is affirmed in the Universal Declaration of Human Rights, there is no universally accepted meaning of the phrase “free and fair election”. Some scholars argue that it is easier to identify what is not free and fair than to actually establish what is. However, an election that can be considered as “free” must be conducted in the absence of threat, pressure, and violence towards voters, and be for one to be tagged “fair”, then there must be no discrimination against particular candidates and all must be treated equally.

Thus, both national and international observers abiding the code of conduct and established international principles, must play a crucial role in conducting free and fair election so that people will elect the people of high morale and ethical values on a positive vote due to their own merit and not by a negative vote using a process of elimination based on the comparative demerits of the candidates.

In the past, we have witnessed successful obstructions to elections. During the insurgency period, Maoists successfully obstructed the local election in 2002, parliamentary elections in 2004 and municipal elections in 2005.  A faction of the same Maoists, who obstructed the election during insurgency, has boycotted the upcoming election. However, the situation is different now because the Baidya group of Maoists does not have mass support that the Maoist had during insurgency. With the deployment of the army in election, security has been regarded as a major concern for election. Inspite of weak public support to Baidya group, we cannot assume that their boycott of election will be peaceful and symbolic. I am sure they will try their best to show their existence not only in paper but also in reality.

Taking into consideration the political scenario, the second CA election is a very important stage in the developing of our nascent democracy and completing the process of writing the much-awaited Constitution of Nepal.

Upreti is an Advocate