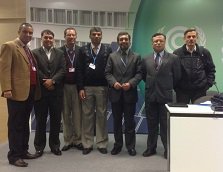 As in previous climate change conferences, over 10,000 negotiators, scientists and climate change specialists of over 190 countries and representatives of the UN and its specialised agencies, inter-governmental organisations, non-governmental organisations and media met in Warsaw, Poland from 11 to 22 November 2013 to discuss on effective implementation of the UN Framework Convention on Climate Change (UNFCCC) and the Kyoto Protocol (KP), and development of a protocol, another legal instrument oran agreed outcome with legal force under the Convention applicable to all Parties by 2015 for implementation by 2020.

The Warsaw Climate Change Conference was expected to, inter alia, decide on: (i) a clear road-map for 2015 agreement; (ii) international mechanism on loss and damage; and (iii) additional finance to support the developing countries to adapt to climate change, technology development and transfer and capacity building. The 19th session of the Conference of the Parties (CoP) to the UNFCCC and 9th session of the CoP servicing as Meeting of the Parties (CMP) to the KP was held at Warsaw Stadium. Parties found the goal post by late 23 November Saturday to agree on 2015 road-map, international mechanism and pledging the finance by developed countries. Parties also agreed on other agenda items related to national communications, implementation of most urgent and immediate adaptation needs in the LDCs, formulation of the national adaptation plan process, reports of the Adaptation Fund, Global Environmental Facility, Green Climate Fund, technology development and transfer, modalities for Clean Development Mechanism, gender and climate change etc.

The Ad hoc Working Group on Durban Platform for Enhanced Action (ADP) worked well and made a road-map to 2015 agreement to be adopted in Paris during CoP21. The CoP 19 established the Warsaw international mechanism for loss and damage under the Cancun Adaptation Framework to address loss and damage associated with impacts of climate change, including extreme events and slow onset events in developing countries, vulnerable to the adverse effects of climate change. An executive committee of the mechanism has been established, as an interim measure, with representation from the existing bodies of the Convention such as Adaptation Committee, LDC Expert Group, Standing Committee on Finance, Technology Executive Committee and the Consultative Group of Experts on National Communications of Non-Annex 1 Parties. The functions of the mechanism have also been agreed upon. The CoP 22 will review this mechanism, including its structure, mandate and effectiveness.

As Warsaw Conference was considered as a finance CoP, developed countries have pledged about US$ 100 million to the Adaptation Fund (AF), established under the Kyoto Protocol. The Government of United Kingdom has pledged £125 million for the LDC Fund (applicable only for LDCs) and BioCarbon Facility. The additional funding for the AF is expected to provide support for Nepal's pipelined project on agriculture.

The CoP 19 agreed on several agenda items including matters related to the LDCs (that focuses on the preparation and implementation of NAPAs and support on LDC work programme), and national adaptation plans (NAPs). The NAPA emphasised on most urgent and immediate adaptation options in the LDCs, and the NAP will focus on medium and long-term adaptation needs of the climate vulnerable developing countries including LDCs

Nepal, as a chair of 49 LDCs for 2013 and 2014, attended this Warsaw conference under the leadership of Durga P. Bhattarai, Ambassador and Permanent Representative to the UN at NY. Nepal coordinated the views, concerns and interests of the 49 LDCs successfully and spoke and negotiated on behalf of these countries. This coordination was effective, influential and productive.

In my previous article, I mentioned about Nepal's twin role of negotiation on issues in the climate negotiation from the concerns and views of LDC Group and as interest of a sovereign country. Nepal team effectively coordinated the interests of 49 LDCs and in cased of national issues, there is a need for a separate arrangement and additional effort that might require capacity strengthening to benefit from UNFCCC process.

In my experience in Bonn and Warsaw sessions in 2013, Nepal as the Chair of the LDC Group for 2013 and 2014, and taking into considerations its twin roles of international coordination, and ensuring benefit to the country, Nepal may wish to: (i) make separate arrangements for international coordination and securing national benefit in 2014; (ii) strengthen communication with development partners to seek additional support to adapt to climate change; and (iii) develop national capacity in climate negotiation which might contribute to maximise benefits from the Convention process.

Having worked on climate adaptation, and as a Vice-Chair of the LDC Expert Group to UNFCCC, my focus was on presenting the work of the LEG activities, making oral statements on behalf of the LEG, and sharing Nepal's NAPA and LAPA and national initiatives on NAP formulation process. Warsaw also provided an opportunity to learn about the NAP Global Support Programme and Nepal may wish to join this programme to get support for NAP formulation process to address medium and long-term adaptation needs of the country. As of now, 17 LDCs have accessed support from the NAP-GSP. A number of countries and institutions are interested to support Nepal on NAP formulation process as in NAPA preparation and implementation, and hence, this is an opportune time to start the NAP process at the earliest possible.

Politics And Pandemic By Dr. Tilak Rawal 2 days, 16 hours ago

EUROPE DAY 2021 Stronger together By Nona Deprez 2 days, 17 hours ago

Game On For TMC In Bengal By Sambridh Ghimire 4 days, 15 hours ago

I Can’t Breathe. We Heard Those Words In America And Our World Was Shaken. By Scott DeLisi 1 week, 1 day ago

Labor Day 2021 For Safety And Health: By Shanker Man Singh 1 week, 3 days ago