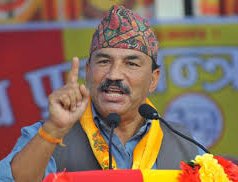 Early results and trends show parties contesting on radical and ethnic platforms have lost. However, the losers' rejection of the results does not bode well for the new Constituent Assembly.

The results and trends of the Constituent Assembly (CA) election for the 240 first-past-the-post (FPP) seats clearly indicate a hung House, with the Communist Party of Nepal-Unified Marxist Leninist (CPN-UML) and the Nepali Congress emerging as near-equal forces. The Unified Communist Party of Nepal-Maoist (UCPN-M) and the Madhes-based parties — the self-proclaimed forces of change — have suffered humiliating reverses. Worse, both have indicated they will not own the poll outcome, nor be part of the new CA. If the results for the 335 seats under the proportional representation (PR) system — to be declared next week — confirm the current trend for the 240 FPP seats, the forces that the UCPN-M calls "status quoits" will dominate the House. Besides, the pro-monarchist Rastriya Prajatantra Party-Nepal (RPP-N) is expected to have a sizeable presence under the PR system.

The results so far and, more importantly, the refusal of parties that have suffered setbacks to participate in the CA have not only disappointed the international community — mainly, the UN, US and India, who had hoped the election would bring Nepal back on the constitutional track — but also brought the relevance of the CA and its ability to draft a constitution into question. The response of the losing parties is also proof that they are still far from adapting to a democratic culture, which demands a graceful acceptance of the mandate.

Who lost and why needs careful analysis:

The UCPN-M, after ending its decade-long (1996-2006) insurgency, came to the peacemaking and democratic process and won a resounding victory. Similarly, the Madesh parties, which advocated radical federalism — including the "One Madesh, One Pradesh" demand, seeking a single province for 51 per cent of the population, without taking into account socio-economic and educational disparities in the region — have nearly been decimated, with all top leaders losing this time round as against the 82 seats they had earlier. Both the UCPN-M and the Madhes forces brazenly misused power in government, indulging in financial and other irregularities. In this election, any party raising radical and ethnic issues has lost.

The first CA, its parties and their key leaders concentrated more on holding on to power than moving together towards a settlement of contentious constitutional issues. The monarchy, traditional political forces and those associated with past regimes were all deliberately kept out of the constitution-making process. A particular party or parties can be kept out of governance based on the mandate of the time. But deliberately denying space to non-conformist forces reduced the acceptability of the said process. Jawaharlal Nehru chose to work not only with the conventionalists within his party, like Rajendra Prasad and Sardar Patel, but also with Syama Prasad Mookerjee.

In Nepal, veteran Gandhian K.P. Bhattarai was able to deliver the pro-democracy constitution in 1990 within the stipulated timeframe because he displayed the same spirit towards the previous regime that Nelson Mandela did in South Africa around the same time. But the pact between the Maoists and an ambitious but ageing G.P. Koirala, who led the 2006 movement for democracy, had hastened to remove the monarchy without involving the people or following due process. This created a political and constitutional vacuum. It also invited international forces to get involved in Nepal's domestic affairs. At the stroke of midnight on May 28, 2008, the CA had declared that the monarchy was abolished forever.

Gyanendra Shah, the deposed king, immediately declared that he would accept any decision that the people of Nepal took and any position they would offer. He also declared that he was placing, for the moment, the scepter and crown in the safe custody of the people. That response — against the backdrop of his quest for power and direct rule of 15 months till April 2006 — transformed his image into that of a nationalist. In that light, the RPP-N's rise and the crushing defeat of the pro-republican forces, such as the UCPN-M and the Madhesi groups, are significant.

The election's message that the CA cannot salvage the country must also be seen as a disapproval of the international community's reading. In 2006, the monarchy, traditional forces and those supporting the old regime were excluded. Now, it was the turn of the radical left groups such as the breakaway Communist Party of Nepal-Maoist, which refused to contest. This has seen an expansion of the "excluded" list of groups. An election is an explication of the public's mind, but it is only in a democratic and accountable society that both winners and losers read the mandate correctly and move in the right direction. There is little hope in Nepal that they will. The early responses have made that fear real.

High Cost Of Finance By Shraddha Ghimire 9 hours, 25 minutes ago