Nepal to be part of Silk Road Economic Belt

Nepal has signed in an agreement with China to be a part of the Silk Road Economic Belt.

Nepal has signed in an agreement with China to be a part of the Silk Road Economic Belt.

A four-point agreement to this effect was signed during a Nepal-China Inter-governmental Business and Investment Coordination meeting held in Beijing on Tuesday reports My Republica.

The inter-government meeting comes at a time when Nepal and China are preparing to celebrate 60th anniversary of the founding of diplomatic relations between the two countries.

Beijing also put forth various agenda likely to be signed during the possible visit of Chinese President Xi Jinping to Nepal. "The meeting can be taken as preparatory meeting for the bilateral agreements that may be signed during high-level visit from China," Nepalese ambassador to Beijing Dr Mahesh Maskey said.

China has already indicated that it might announce substantial increase in its grant to Nepal during foreign minister Wang Yi´s visit to Kathmandu next week. 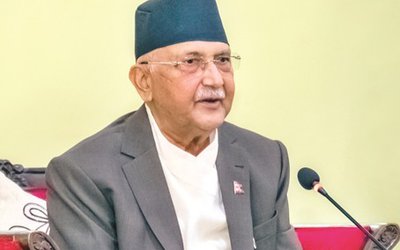 Revenue Collection Target Must Be Met: Finance Minister Poudel By Agencies 4 days ago