The NRA must intensify technical support and close monitoring of the use of the first housing installment with a consistent message that the housing reconstruction is owner-driven to enable healthy and safe living. The NRA and external agencies must

Now the government has provided the first installment-housing grant to 400,000 plus families.  Housing grant distribution took momentum only in the last September 2016, just before theDashain festival. While the housing grant distribution has been in progress, 170,000 plus families have lodged complaints at different agencies in various districts as they have been excluded from the housing grant support.There are genuine cases who could not provide documents at the time of assessment, as well as there are cases of reportedly submitting fake documents of land inheritance. The National Reconstruction Authority (NRA) is gearing up complaints handling and response to the grievances.

The delayed disbursement, lack of technical support and uncertainly about the next installment have created a situation where many of the families are not utilizing the housing grant. Still many believe that the government or the external agencies should fully reconstruct their houses.  This belief was once again intensified when the Prime Minister Pushpa Kamal Dahal announced to raise the housing grant to the families from NPR 200,000 to NPR 300,000, and interest-free loan of NPR 300,000 each.

The government has made its position clear that the families will not receive the second installment of the housing grant if they do not utilize the first installment as per the approved reconstruction design. But this does not help to rebuild the society.

The NRA must intensify technical support and close monitoring of the use of the first housing installment with a consistent message that the housing reconstruction is owner-driven to enable healthy and safe living. The NRA and external agencies must deepen skills and self-confidence of the affected families and communities.

There are issues about internally displaced people. Some of them have received housing grant without having a clue about the land. The NRA should take up this issue as a priority with the possibility of relocation. The development of relocation sites should be based on social integration and economic opportunities, rather than any vested political interest.

The NRA is establishing district level NRA units to assist reconstruction and now with the approval of Private Houses Reconstruction Technical Inspection Work Procedures, it is believed that the government will improve technical support including design, vocational training, market access and monitoring of housing reconstruction. The NRA units should coordinate with I/NGOs to expedite reconstruction works and ensure quality constructions.

I strongly believe that the government has to avoid parallel structures and rather mobilizesits local structures on the ground.The Post Disaster Recovery Framework (PDRF) should not remain as the NRA-Donor document to hinge upon development assistance. We need to localize PDRF, as the coherent plan,to assist the affected families and communities beyond the housing reconstruction, with livelihood and community infrastructure needs, and basic services. 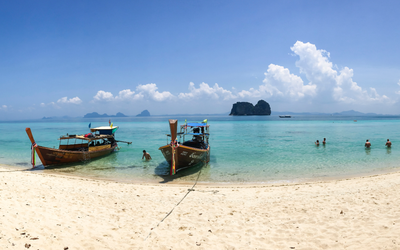