Some time ago it was the fashion in Nepal that whenever there was a calamity, there were groups of people going around the roads of the cities, holding linen sheets and eliciting donations. 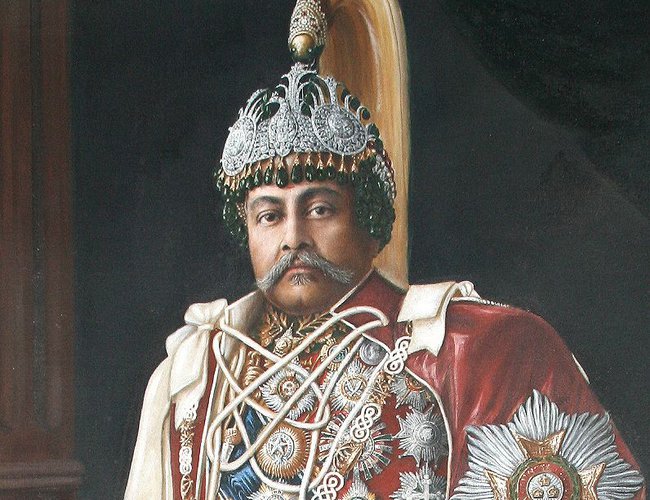 It is on record that following the big earthquake of 1934 shook Nepal, the then PM Joodha Shumsher insisted that we carry out all the relief measures by ourselves.  This policy was implemented and the extent of help from outside of the country was fairly limited.  Of course as most of the aid rendered was in the capital Kathmandu, one cannot state with conviction that everyone affected was helped to recover and get back to the state of normal living again.

Some time ago it was the fashion in Nepal that whenever there was a calamity, there were groups of people going around the roads of the cities, holding linen sheets and eliciting donations.  The men and women encountered would open their thallis or small cloth bags and give money for that particular national disaster.   Bands of people would do the rounds of the toles and the gaons to collect cash or kind as clothes and even foodstuffs for distribution.  All said and done the sad part of all this was that there was no accountability.  Was the aid disbursed?  If so, to whom?  No one really knew!

There is a saying that one copies those higher up the ladders.  It has been the practice in Nepal to ask people to contribute to the PM Fund at such times of distress.  People, including those who were ruling or at the helm of affairs, gave part of their monthly pay for the particular cause at that point of time.  Use of this fund is tight-fisted.  Usually it is the norm for the prime minister in power to utilise this as ‘Dasain Kharcha’, to not only the NGOs attached to his particular party but also to cadres.   Even newspapers which announce, give and collect donations and later publish list of donors are literally compelled, because of the current regulations to hand over donations to the publicity generating PMs Fund.  The current state of this fund may be known to the inner circle but the average Nepali has no idea.   It is high time to make it obligatory to publish periodically details of the PMs Fund say in the Gorkhapatra or The Rising Nepal, for the donating public ponder over.  Many a donor will be thankful for transparency.

Starting with massive earthquake of April 2015, the country has been through bad times.  Aid piled up, a lot of it, and took a long time to be dispersed.  Some of the consumable items turned bad and could not be eaten.  It was even charged that some rotten rice, not properly stored in national godowns was also donated!   The question arises as to what has been done about it so far by the people who were then and those who are in power now.   The affected populace has endured two long and cold winters but the aid that had been promised has still not reached all who have had to go through this traumatic experience.  Many are still awaiting the promised for aid, with all its strings attached!  Now a new catastrophe, so much not in the hills but more in the plains of the Madesh has played havoc.   The last time when we had floods of such high magnitude was July 1994 when Manmohan Adhikari of UML was PM of this land.

The ‘One Door Policy’ was possibly enforced by the government ostensibly because of the misdistribution and misuse of donations in cash and kind after the earthquake of 2015.  Fine, but one has to look at the functioning and the backlash which has resulted because of it.  Genuine individuals and organisations are being prevented from helping Nepalis in need and dispair.

But can one blame those at the top of the echelons out here?  After all it is an international norm for many aid giving countries to announce relief measures for famines, floods, earthquakes etc.  Even Nepal does its share, contributing once in a while to other disaster subjected communities, as a token gesture.  What has to be realised is that the expenses of those providing the aid:  pay of personnel involved, helicopters, fuel, and upkeep of transport of equipment plus the upkeep of personnel and essential sniffer dogs at the time of relief work, are all deductable items.  This is all rational, for as the Americans say, “There is no free lunch”!  The actual amount to be dispersed is then handed over to their own INGO office or the national NGOs who will do as per their desire or bidding.  Many of the items donated may be genuine or substandard though an exorbitant cost is quoted for it.   One danger is that genuine items may be hijacked and sold in the local markets for profit and not distributed.

There is no doubt that there was a fiasco in the dispersing of aid after the 2015 earthquake.   It's apparent that our Government and its related authorities have still to recover.  With the now imposed one door policy the pendulum of functioning has swung the other way.  Many welfare providing organisations and individuals are sitting idle and twiddling their thumbs.  Some, who are genuine, feel sore about it.  Others, comprising of the 'Social Media Selfie Poser' types, interested more in publicity than genuine service literally do not know what to do.   Even donors are as asking, "Ke Garne".   No reply is forthcoming from our government as it is still recovering.  After all, ‘Once bitten twice shy'.

But there are rooms for despondency too for the aggressive fund collectors of the aid giving nations too.  Amounts promised to Haiti by renowned donor countries have still to be sent there.  This has not taken place as that country is no longer a priority, nor elicits sympathy at this point in time. Time is running out for Nepal too!