This very act became a potent emotional gesture which was copied in many parts of the world, especially in South Korea. As women were the main activists, this non-violent expression of protest became a beacon call which has drawn the attention of many all over the world. 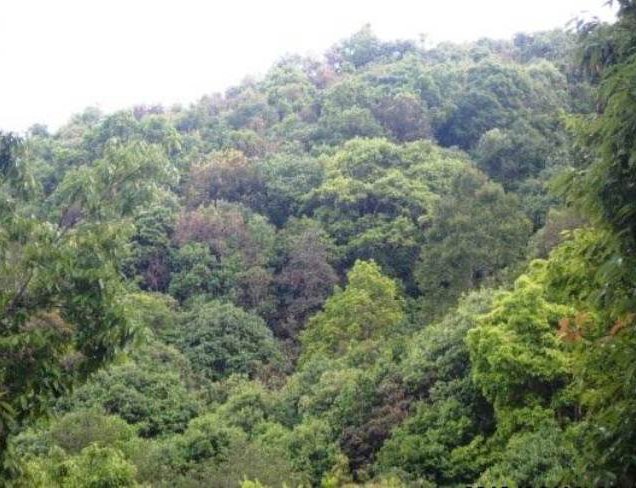 It seems a long time ago, during the erstwhile Panchayat Days that we used to have ‘Brikcharopan’ or tree plantation days in various parts of the country on the occasions of the King’s and Queen's birthdays.  Later it became customary, perhaps as a rejoinder for Nepali Congress supporters to celebrate BP Koirala's birthday in similar fashion.  It still is done, but on a smaller scale, just to show that it is being carried out.

This was perhaps the influence of the ‘Chipko’ movement first started in 1973 in India where it was customary for the local rural population to put their hands around a tree to save it from being cut down. It had its origins as far back as 1730 when the villagers of Khejarli village of Rajasthan rose up protecting the environment.  The support extended to the movement in 1974 by the Chief Minister HN Bahuguna has led to a situation where the local community supports reforestation and safeguards the forest area for their own sustenance.  This very act became a potent emotional gesture which was copied in many parts of the world, especially in South Korea.  As women were the main activists, this non-violent expression of protest became a beacon call which has drawn the attention of many all over the world.  Of course about 250 years ago the Swiss had terrible problems following the massive cutting down of trees in their land.  Realising the dangers, they started immediately to take steps towards reforesting of the bare mountains.  Perhaps it is the ills of deforestation in their lands that prompted them to sponsor the planting of trees on the bare treetops of the Sindupalchok area, where they have been involved in donor activities.  The Community Forestry Program in this area is a real success story in Nepal.

Now of course the big news this year is the massive damage done by floods in Nepal.  Many have been reading and talking about it being a direct effect of global warming.  This impending catastrophe on the human race is forecast to be brought the carbon emissions in the world as a result of the massive use of fossil fuels for transport and also for industrialisation. Effect of this are stated to be disastrous.   The Paris Agreement on Global Warming is the outcome of long hard struggles by many conscientious nations of the world.  Of course President Donald Trump of the USA does not believe in all this.  He keeps his own counsel.  One hopes that after the recent weather onslaughts that Houston in Texas and Beaumont in Louisiana have taken as a result of tropical hurricanes Harvey and Irma plus the recent floods, that Donald does some rethinking!  He is steadfast in his thinking that Global warming is a myth and so he just refuses to believe it!

There was some time ago an Internet presentation by TED Talks given by the Premier of Bhutan who talked about his country being carbon neutral and having zero carbon emission.  The stress there is on the planting of trees all over the country.  The premier claimed that this state of affairs has been made mandatory by stating in their constitution that 60% of the country must be covered by forest.  It must however be remembered that Bhutan’s Gross National Happiness (GNH) index has been attained by driving the Lotshampas or the Nepalis dwelling in the Southern region from their homes and lands.  This destruction and displacement that it caused in the lives of the dwellers can never be condoned.

We had in Nepal at one time a massive forest belt in the south of the country.  This was known as the Char Koshe Jhari where our flora and fauna abounded.  It was a jungle paradise where the animals had uninterrupted freedom to romp from place to place.  Of course this has dwindled now.  More destruction is to follow.  This process in fact started at the time of Prime Minister Chandra Shumsher and was continued in the time of his brother PM Joodha.  The claim was that the trees were cut down for a noble cause to build railway tracks from one place to another to transport troops to the frontline to fight on the occasions of the two World Wars.  The wood from the Sal trees of Nepal provided the ‘sleepers’ for making the railroad along which the troops could be quickly transported to the war front.

Then came the illegal logging that has been consistently going on over many decades.  Now there is talk of the proposed East- West Electric Railway that will reduce further this green belt of ours.  Last but not least is the news that the Nepal Army is due to cut down the innumerable trees for the construction of the Nijgadh Airport.  The magnitude of this can be realised by a statement that the sale of the wood of the Sal trees will pay for about half or 50% percent of the estimated cost of constructing a major new International Airport of Nepal.

Nepal needs at this stage to rejuvenate the slogan of ‘Hariyo Ban, Nepalko Dhan’ on a country-wide scale so that each individual of our population is aware of it.  Now that electricity supplies are likely to rise in future year, the cost per unit should be gradually reduced so that trees are not cut down for firewood to cook meals.  Last but not least, the establishment crematoriums in our major towns will also be a significant step in that direction.

Returnee Migrants In Pandemic By Sapana Phuyal 5 hours, 5 minutes ago

My Name Is CORONA By Hemang Dixit 2 days, 16 hours ago

Excessive Use Of Pesticides Increases Health Risk By Pratik Poudel 4 days, 18 hours ago