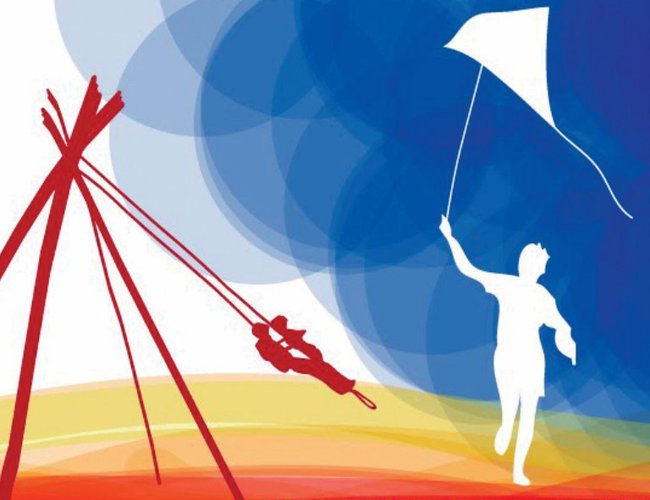 There is an aspect of Dussain holidays which is not well acknowledged and drowned out by the noise of festivities and gastronomic orgies. The start of Dussain brings to a close Nepal’s political “Fiscal Year” and the end of Dussain heralds the beginning of the new “political year”. Our Fiscal Year ends mid-July and a new one starts thereafter at the peak of the monsoon when nothing else can be done except planting rice. Dussain is traditionally an early autumn festival when the entire clan gathers to celebrate new harvest an propitiate Goddess Durga for her bounteousness. Those who have left their villages for work in cities or abroad try their best to return and celebrate with extended families and friends and exchange news of each other’s wellbeing or otherwise. This is also the time when political stock-taking takes place, views are exchanged, opinions are crystallized and the outline of the coming year’s political agenda gathers shape. It sets the tone of the political debate for the rest of the year till next Dussain gathering; hence Dussain defines our de facto “political year”.

Woe unto a political leader who makes a major mistake or takes an unpopular decision just before Dussain: that mishap will be dissected bare, its actors pilloried far and wide. Given that not much travel can be done or mass meetings organized during the monsoon rains, it is the post-monsoon, post-Dussain/Tihar/Chhat period when the country’s political temperature heats up and street protests start. King Gyanendra declaring Prince Paras the crown prince on the eve of Dussain was one such event. Not that he had a choice in declaring someone else a crown prince: he after all has only one son; not that the people who disliked Gyanendra thought he should never have elevated Paras. Their objection was that, given Paras’s unpopularity (much of it socially constructed as most of these things are) the move taken just before Dussain was seen as a ham-handed attempt to bypass any public protest as most protestors would have left for home and Dussain, and thus a too-smart-by-half move. It must have been discussed in this tone in thousands of Nepali households that Dussain, cementing the propaganda move against the monarchy.

This year’s primary political talking point is Deuba’s record jumbo cabinet of Kangress, Cash Maoists and Rana’s RPP, his politically senseless cabinet expansion, and the malfeasance that reeks therein. Much of the discussions will be against the backdrop of blatant and pervasive corruption that the country is mired in. The growing consensus is that Loktantra has morphed completely into Loot-tantra, a kelptocracy initially of party oligarchs and now with local elections where even a ward member spends over a million rupees to get elected, a “democracy” of money and not that of the common people. This is a political system where its police chiefs go to jail for corruption, proven plagiarists become vice-chancellors, judges decide cases not on merit but on the size of the bribe, and civil servants are promoted for the amount of kick-back they can promise in addition to the hefty “pre-paid” levies to party honchos. It is a system of the corrupt, for further loot and through malfeasance.

What will be discussed this Dussain in households across the nation will be the failed political system that has degenerated to such low levels. There is growing realization among the cognoscenti that the 2005 political adventurism – as well as the 12-point Delhi Deal that provided it the political compass – is on its way into the dustbin of history. One hears this from leading lights of the major political parties, some in weekly newspapers and TV programs. Among the most intriguing was a former UML attorney general who argued that not only should Nepal revert back to being a Hindu state but that constitutional monarchy must be restored. Kangress stalwarts rue the fact that none of their current leaders can match King Gyanendra as a national icon. Biplav of the extreme left Gas Maoists spoke on Sagarmatha TV arguing that alliance with the King in the interests of Nepali nationalism is not a bad idea. Hence, “Yo chaldaina” (“this will not work”) is the common refrain which will now be discussed widely across Nepal this holiday season.

The prize for some of the most silly and panicked political statements have come from Prachanda and Baburam who have recently argued anew for an executive president, a proposition if attempted at implementation would require a complete re-write of the 2015 constitution.  It is comical for two primary reasons. First, you were the ones who led this 2005 political adventurism and claim that republicanism, secularism and federalism are your political ideas to which the Kangress and EhMaLeys have merely become cultivating serfs. Why could you not bring about a constitution that incorporated an executive president? Were you not its chief architects? Or are you now saying you were but lowly draughtsmen and the main architect ordering you around was your erstwhile Noida landlord?

Second, if you claim that other political forces (aka Kangress, EhMaLeys) did not allow you to push this through, that those forces were too strong to resist, how do you envisage wiping them away and you acquiring a two-thirds majority to do so? Moreover, in a political culture where political parties cannot even tolerate a powerful party president/chair in their own parties and split at the drop of a hat, who will allow a single person – especially of the totalitarian left schooling – unbridled power for five years (to do what? Loot the public exchequer unchecked for five years?)?

The only saving grace of your statement is that it opens up the debate since 1990 about the kind of democracy we should have. Is the Westminster model the only one that is ‘democratic’? Aren’t there others that would be more suited to our Nepali social context and ethos? Your own erstwhile comrades Biplav and CP Gaurel (who incidentally preserve their ideological integrity far better than you two who are now completely mired in the left’s demonology lexicon “sansadiya bhaas” (“parliamentary quagmire”)) argue that this democratic model is completely unsuited to Nepal and unacceptable. Whether the left, and that too extreme left, can come up with an alternative model acceptable to all across the political spectrum is highly questionable.

There was a chance to get this right in 1990 when making the new constitution. When this point was brought before a human rights activist of the Kangressi bent over a decade ago, his response was that the blame should go to King Mahendra. Aghast at his blaming a king who died over three decades ago, I asked him why such a silly shifting of blame from the Kangressis to a long departed soul. His response was that, if King Mahendra had only allowed the parliamentary system to function for a full five-year term till 1963, not only the Kangress and communist leaders but many of the people of Nepal would have realized the Westminster model was unsuited to the country. Unfortunately, the King took action within a year and a half and left the Kangressi leadership with nothing but a pining for the 1957 model. Ok, but then what was the excuse in 2006 right to 2015 in restoring a failed architecture?

The only plausible explanation is that the primary architect of the 2005/06 order imposed on Nepal are not its Lilliput leaders but is the Mughlani mischief maker who himself in now assailed with qualms about its viability in Nepal and its capacity to “protect Indian interests, given that Nepal’s monarchy failed to do so”!! Let us wait and see what consensus agenda the coming Dussain will bring up for the coming political “fiscal year”.