After The Thirteenth Time

While one appreciates Dr. Govind KC's efforts to improve medical education and provide more extensive health services to the people in the country, his thoughts need adjustment too. 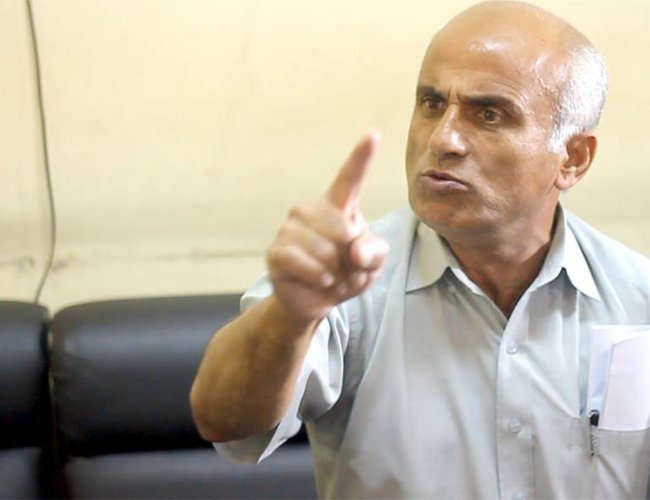 Just before Tihar, Dr. Govinda KC broke off his 13th fast after an understanding with the Deuba Government.  What this step will lead to is something which no one is in a position to forecast for our leaders have been prone to sign agreements at random and then to change it at will.  In his efforts to bring about changes in medical education by way of the Health Professional Education Bill, Dr. KC has up to now been on hunger strike for a total of 160 days.  The latest understanding is that the government would make its commitment formal after the Tihar holidays i.e. on 6th Kartik, a date chosen by mutual consent.

One of the demands of Dr. KC is that no new medical college should be opened in Kathmandu for the next 10 years, has merit.  After all, following the inclusion of Health Rights in our Constitution it is imperative that every citizen in every nook and corner of this country has health care that is accessible and affordable to him or her. Provision of health services will now be a provincial responsibility and should be available at one's doorstep.  This means dispersal of health facilities and the training of different grades of resources for health at those sites.

This brings us to the necessity that each of the newly created provinces of Nepal should have a University and a medical school within its boundaries.   People living outside of the capital should be provided facilities for not only health and education only but also in other areas too.  The existing universities or the newly founded ones should also cater to other areas e.g. IT, engineering, forestry and veterinary sciences etc.  After all Nepal is a country which once claimed 'Hariyo Baan, Nepal ko Dhan" as a national slogan.  There has to be much more stress on agriculture.  The present reality is that many of our population go to the Gulf countries or Malaysia and work in very harsh conditions.  Some even pay with their lives.  Having borne the hardships in those lands, many on their return have made small scale efforts for self employment or improvement and made a success of it. The starting of fish culture, animal husbandry and farming mushrooms or growing kiwi fruit are examples of this.

Coming back to the medical field, the reality is that the starting and location of medical colleges has extended the reach of medical facilities to different parts of the country.  Nepal's success in the Millennium Development Goals can be partly attributed to this and not just because of governmental facilities. The concept of Public / Private Mix has been in vogue for some years and must be expanded.

While one appreciates Dr. Govind KC's efforts to improve medical education and provide more extensive health services to the people in the country, his thoughts need adjustment too.   The present reality of medical teaching in most countries of Asia is that they have annual intakes of medical students of up to 150 per year.  This means, that at the stipulated number of five beds per student, there will be many hospitals of 750 beds scattered around the country, providing health care to the people.  It also means better facilities for training other personnel such as nurses, laboratory technicians, radiographers etc.  It is realistic to realise that many of these human resources for health are not for Nepal only, but will go to other parts of the world for their livelihood as skilled workers.  What is wrong with that?  Isn't it much better than going as unskilled labourers to Gulf countries and being brought back dead in wooden coffins!

Advocating that existing medical colleges should only be allowed to admit a maximum of hundred students is a retrograde step.  It means that Education Agents in Nepal will divert many students to other countries where the facilities are no better than ours and may even be worse.  A huge amount of foreign exchange will be unnecessarily spent by Nepali citizens.   Improving the facilities for education in this country will not only create more jobs and opportunities of development within the country, but will produce able manpower that can go elsewhere as skilled personnel.

A recent incident at the entrance examination for entry to MBBS studies at the Institute of Medicine illustrates the length at which some individuals are prepared to go to get admission into the medical course.  Copying what was shown in a classical film 'Munna Bhai' starring Sanjay Dutta, some candidates, aided by personnel from across our Southern border used unfair means.  As many as thirty persons were held for cheating and helping students to cheat.  The modus operand was the use of electronic devices to help students cheat, each individual paying anything between two to five lakhs of rupees for the use of the special device.  This small device with its connecting wire, sewed and placed within a T-shirt would receive information from outside and then transmit it on to a small wireless earphone tucked within the ear of the examinee!  Answers to the questions would then be communicated to the individual in the examination hall.

This brings to one's mind the question as to why some students, definitely aided by their parents, are prepared to pay so much and go to such lengths to enrol into a medical course.  It is not for charity or to do good for humanitarian purposes that students are going to such lengths to become doctors.  Is medical practice so lucrative that students are prepared to pay huge amounts for basic and PG degrees?  It must be for future monetary gains that such individuals are attracted to medicine.  Is this the type of medical personnel that we want for our country?

‘Anything Goes’ First By Hemang Dixit 4 days, 23 hours ago

How Can The Problems Of Koshi Region Be Addressed Through A Nexus Perspective? By Pratik Poudel 4 days, 23 hours ago