Today that hope is sorely missing because New Nepal’s top political leadership that came to power in 2006 completely fails to inspire any. 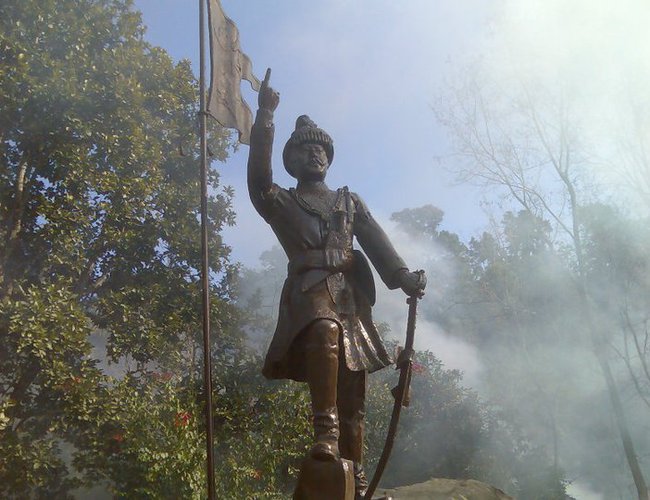 When Prithvi Narayan Shah brought forth this diverse flower-bed nation (six years before the birth of the United States), he saw it as a place of hope and growth, a succulent yam, between the desolate boulders of Bhot to the north and Mughlan to the south. Two-and-a-half centuries later, the two boulders that are Nepal’s neighbours are growing fast in creativity with vibrant economic life while the yam – re-christened since 2006 as ‘New Nepal’ – has become a sad and stagnant place, abandoned in droves by its frustrated youth. The educated young Nepalis are going to Europe, America and Australia as glorified white collar clerks of Global Capitalism while the uneducated head for the Gulf, Malaysia and South Korea (and of course traditionally to Mughlan) as blue collar proletariats with, to quote old Marx, “nothing to sell but their hands” and with no cultural or political rights.

Why this pervasive pessimism? Not only is it visible at the Foreign Ministry’s passport office and the Tribhuban International Airport every day, it is also felt as the overall mood among the citizen voters as the national and provincial elections near: if the same lot of kleptocratic oligarchs and their moneyed don henchmen are to come to power, what sense does it make to vote? This Dussain and Tihar past, the tone of the conversations in myriad Nepali households was: “Yahan aba kehi pani hundaina”; “Yahan bhabishyai chhaina”; “Nepal nai rahanchha ki rahanna?” (Translation: nothing good can be expected here; there is no future in Nepal; doubtful if Nepal will even survive.)

Such blatant cynicism was never there before, for those of us who still remember, with the momentous political changes of 1951, 1960 or 1990. Then there was hope: yes, said even those who had ample opportunities to go to greener pastures abroad, things are not up to the mark here, but with the new political opening, we can do something to make things better. And they did, whether in engineering, tourism, journalism, medicine, education, civic movements or businesses. Today that hope is sorely missing because New Nepal’s top political leadership that came to power in 2006 completely fails to inspire any. Talk to any established NGO head, journalist, serious investor or researcher and the concern is the same: we just cannot find any young person to mentor and handover the baton; even if we do get someone and spend time training them, off they are within less than two years to the Global North, a halfway house being some overpaid clerkship in an INGO, a donor organization or even a foreign embassy where they are seduced and poached away with salaries that have completely distorted the Nepali market.

How does one explain this? Scholars such as Irish historian Richard English at the Mohonk conference (1985) or Jacob Rinck at the Social Science Baha conference (2014) who have studied the remittance economy in the Himalaya have concluded that political stagnation is the inevitable result of that path of development. All mountain societies have historically practised labour outmigration, whether it is Nepalis, Uttarakhandis or the Swiss who served as mercenaries in the Pope’s armies in times of yore and in Apartheid South Africa’s in recent past. Nepalis recruited themselves in Lahore into Ranjit Singh’s army (making the word ‘Lahurey’ synonymous in Nepali with ‘mercenary’), and with the advent of Rana rule, into British Raj’s. Lowest paid Nepali labour has also manned many a dhaba, tea garden and darwan outposts in Mughlan for long. The difference today is the scale and the geography: with roughly five million able-bodied youth (out of a population of 28 million) working abroad with passports, almost every household in today’s Nepal is in the snares of the remittance economy.

In a brilliant 2000 political economic study of Kerala which is very useful in explaining Nepal’s predicament too, Harilal and Joseph of the Mahatma Gandhi University at Thiruvananthapuram describe the state’s stagnation and backwardness since the 1970s with the large outmigration of Kerala labour to the Gulf. They use the ‘Dutch Disease’ approach in their studies which merits some prior explaining. This is a term that explains why when Holland discovered newfound wealth in North Sea oil, its economy actually went into a tailspin with its currency rising sharply making exports unfeasible, its manufacturing subsequently declining and unemployment rising to a level five times higher. It has happened in Canada, Britain as well as Russia and Nigeria with the discovery and exploitation of oil. More generally, when one sector of the economy (oil, remittance, export of hydropower, foreign aid, foreign direct investment etc.) booms too much and too fast resulting in a large inflow of foreign currency, other resources such as labour shift away from other crucial lagging sectors. Simultaneously, the extra revenue brought by the resource boom increases demand for labour in the non-tradable services sector and away from tradable manufacturing sectors. These two push-pull factors (“development curse”) lead to massive de-industrialization and unemployment. Eventually they lead to a further vicious downward cycle of even more uncompetitive labour subsidies and trade union blackmail, all of it sustained by a stagnant politics of blatant thuggery, as is happening in Nepal right now.

This is exactly what happened in Kerala with remittance economy since the 1970s with a slow reversal starting in only in 2000. Reversing the Dutch Disease impact can happen if overvalued exchange rate can be reversed, but in Kerala’s case this power was out of the hands of the state’s government. Russia was lucky with the collapse of the oil price in early 2014 which automatically devalued its rouble and allowed the current boom in agriculture (it has become in 2016, the largest grain exporter in the world as well as an important arms exporter). India having a large and closed domestic market has meant that Kerala could engage over time in structural adjustment, phasing out traditional labour-dependent production in favour of those that had withstood the Dutch Disease impact with education and modernized technologies. A slowdown in remittances since the end of the last century too has helped.

What will be Nepal’s future pathway? It has a political leadership in all the major parties that has no real economic vision that expresses itself in some political ideology. While they may mouth Marxist or socialist or liberal slogans, they are empty and only narrowly self-serving. The country’s situation is made much worse by the economic exuberance of Bhot China to the north and security paranoia of Mughlan to the south. An interaction with Shanghai scholars recently brought out the salient features and concerns of that economic exuberance. China’s opening up to globalization (after having done some fairly far reaching structural reforms under Mao) began in 1978; the second phase was in 2001 when it joined the WTO and the third grandiose phase has now begun with the Belt-and-Road Initiative and the need to take the neighbourhood along in their path of development and prosperity. However, their concerns about Nepal on this count are fairly pragmatic and expressed thought concerns of political stability: instability here would not only make development investments well neigh ineffective, but would also impact Tibet/Xinjiang and simultaneously would undermine Nepal’s ability to manage the debt of development borrowings.

Mughlani geo-political concerns are of a different nature: since the days of the British Raj, its powerful Babudom has seen the neighbourhood only though the paranoid lens of security and not that of an exuberant development philosophy. A statesman-like leadership in Nepal akin to what was provided by Jung Bahadur, Chandra Sumshere and King Mahendra might have been able to allay such fears; but Loktantra’s kleptocratic oligarchs show no excellence on that count. The result is a New Nepal mired in political nihilism that advocates erasure of history and destruction of all functioning institutions, and in ethical nihilism of atheism masquerading as half-baked secularism which holds no moral values to be dear other than self-serving kleptocracy. It is showing itself to be wholly incompetent to deal with pressures from Bhot and Mughlan and to safeguard Nepal’s core interests. That was the essence of all the confabulations in all Nepali households over last Dussain and Tihar.