Loktantra of today is no longer a democracy where a person with public service in mind can apply: it is popularly described as loot-tantra of three Ds that are the primary hallmark of candidates from all major (and minor) political parties – Don, Dalal and Dampati (musclemen, shady business fixers and husband-wife teams, not counting nephews, nieces and in-laws). 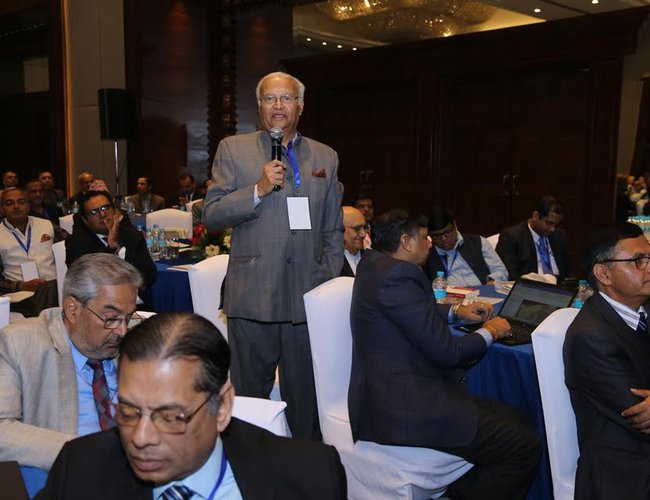 Political stability has been the Holy Grail of democracy and development for the last quarter of a century; but it is still elusive, like the mythical Yeti. Pre-1990, it was said that development in Nepal was suffering because we had no democracy. We did have a more indigenous form of democracy warts and all, and it was called Panchayat that provided stability and representation for three decades. Its basic structure of village, town and district Panchayats have survived till the coming December for over five decades even though their names were changed from Panchayat to Committee (e.g. VDC, DDC). In 1990, it could easily have been reformed to suit changing aspirations, allowing candidates to openly fight elections on a party basis. Panchayat in its last years was heavily faction-ridden, and Communists such as Padma Ratna Tuladhar and Jagrit Bhetwal did win “partyless” elections with a landslide as did the Kangressi Haribol Bhattarai who became Kathmandu Nagar Panchayat’s mayor.

However, the entrenched (and by then fat, lazy and corrupted) Panchayat political bureaucracy did not want to reform itself even though the referendum of 1980 had given only a slim margin of victory for a “reformed” Panchayat against multiparty democracy. Ten years later, and following a 13-month Indian blockade, King Birendra was forced to capitulate and restore the Westminster-style, parliamentary democracy that his father King Mahendra had abolished in 1960 (for being unsuited to Nepali character, replacing it with a Panchayat democracy). That imported form of democracy began to show autocratic and corrupt tendencies within a few years by the time a second parliament was elected in the mid-1990s: musical chair governments, blatant buying of votes and MPs, corruption and nepotism as well as street protests as the preferred means of voicing grievances over seasoned parliamentary debates became the norm. A major political force from the Left that was part of the parliamentary system of 1990 walked out after only six years announcing a Maoist insurgency against the Westminster model of democracy that was, in their slogans, “a butcher’s shop where a goat’s head was displayed but dog’s meat was sold”.

Old Marx was right when he said that history repeats itself, first as tragedy and then as farce: if the Westminster model of parliamentary democracy restored in 1990 without correcting its flaws was a fatal mistake that gave rise to the decade long Maoist-led bloodshed, its resurrection in 2006 culminating in the 2015 Constitution is turning out to be the farce of Nepali history described by the above Marxist aphorism. Loktantra of today is no longer a democracy where a person with public service in mind can apply: it is popularly described as loot-tantra of three Ds that are the primary hallmark of candidates from all major (and minor) political parties – Don, Dalal and Dampati (musclemen, shady business fixers and husband-wife teams, not counting nephews, nieces and in-laws).

The cost of getting a party ticket after making donations to parties and their barons is so high that no high-minded, honest citizen can even think of applying. Indeed, politicians of higher integrity such as Dhan Raj Gurung of the Kangress were denied party tickets it seems on this very ground. Senior UML politician Pradeep Nepal claims he was offered a ticket to fight elections but declined because he cannot afford to! So when these triple-Ds win elections and come to power, only the most naïve will believe that they will come to serve their electorate and not spend all their time and talents in recouping their investments plus returns manifold!

Despite this fatal pathology, it is claimed by (especially the big parties) that the coming elections to the national and regional parliaments will see the full implementation of the 2015 constitution, and that will result in political stability which in turn will see development flower like a garden in spring. But the campaign speeches of big party oligarchs and strange bedfellow alliances point to the opposite scenario of massive instability. The 2015 constitution has not been accepted by a growing slew across the political spectrum: monarchists obviously don’t like its republicanism imposed without a referendum; surveys show that a vast majority (over 70%) of the population does not like secularism and wants a Hindu state, a sentiment which not just the RPP of the erstwhile Panchas but a growing segment of the Kangress are openly voicing; and the Madesh-based as well as ethnic parties do not think proposed federalism goes far enough while other pan-ethnic and pan-regional parties think it has gone too far and want it curtailed or reversed.

Now, adding to these rejectionist voices are those of the main big parties: the Left alliance of UML and Cash Maoists claim that their objective is to win a two-thirds majority and change the constitution to bring in a directly elected executive president. Such a move would completely change the fundamental architecture of the 2015 constitution, and that statement alone by its major architects has delegitimized and all but consigned the new constitution to the dustbin. It has alarmed non-communist parties such as the Kangress and others who are crying hoarse about the impending dictatorship of the communist polit-bureau if the Left alliance wins the elections.

The Dash Maoists of Baidya as well as the more hardline Biplav faction have gone back to completely disowning this constitution and are working to overthrow it – Dashists by their Bhandaphor (exposure) campaign and Biplav by targeting their turncoat Cashists and other candidates with pressure cooker bombs. Add to it the basic flaw in the 2015 constitution – the mixing of elected and selected members in almost equal numbers – that prevents the formation of a stable, majority government and the voter is left wondering how such a state of affairs is supposed to lead to stability and development. Given that we have had, since the 1990 restoration of multiparty Westminster model parliamentary democracy, some twenty-six prime ministers in as many years, will not the unholy alliances and musical chair governments of the mid-1990s repeat themselves?

In this volatile mix, the distrust of our two great neighbours of each other and in the ability of our current crop of politicians to manage skillfully Nepal’s politics makes for a very unstable political concoction that adds to Nepal’s woes. Mughlanis to the south have made no secret of their dislike of the 2015 constitution, not for its fundamental flaws which so strongly resembles their own British-inherited system, but because it does not give more power to their protégés within the Nepali political spectrum. They even imposed a five-month-long (third in our history) economic blockade of Nepal to make their point, even as the country was reeling from the 2015 earthquake disaster.

Cheenaachar Bhot to the north generally left us alone as long as we did not give them reasons to suspect we were colluding with the southern neighbour to destabilize Bhot. With a Nepal-centric monarchy sidelined and replaced by party nominees known for their south-leaning lampasaarbad, they are growing increasingly suspicious and are taking countermeasures to protect their interests that are not healthy medicine that Nepal can digest. And the paranoia of the southern Mughlanis keeps erupting in feverish frenzy every once in a while to feed Bhot’s suspicions.

At a recent South Asia economic forum in Kathmandu, a senior and eminent Indian worthy, when asked why China should not be upgraded from ‘observer’ to full member of SAARC, replied that China was not geographically in South Asia (correct) but if Tibet was split off from it (horror, what if China took such a position on Kashmir or Nagaland?), Tibet could be made a full member of SAARC!! When the current government rightly cancelled the illegal agreement on Budhi Gandaki with a practically black-listed Chinese company as per the instructions of the parliamentary committees, Indian papers were gleefully reporting that it was the victory of India’s security chief Mr Doval when it was nothing of the sort. Such rabidly nationalistic Mughlani media have, however, been strangely silent when this same government went ahead and a week later signed the West Seti agreement with China’s Three Gorges company!

Unless nation-loving Nepalis quickly come to their senses and put a stop to the political adventurism of 2005 that has brought us this far down a totally dead-end blind alley of Loktantra, unless they can bring back a political architecture that can ensure political stability which this dispensation cannot, there is sadly credence to the widespread public fear that Nepal itself might be history!