A Wind Of Light

Given Nepal’s six decades of political history, the communist alliance has a tough job ahead to prove that they will not deviate from their commitment for five years 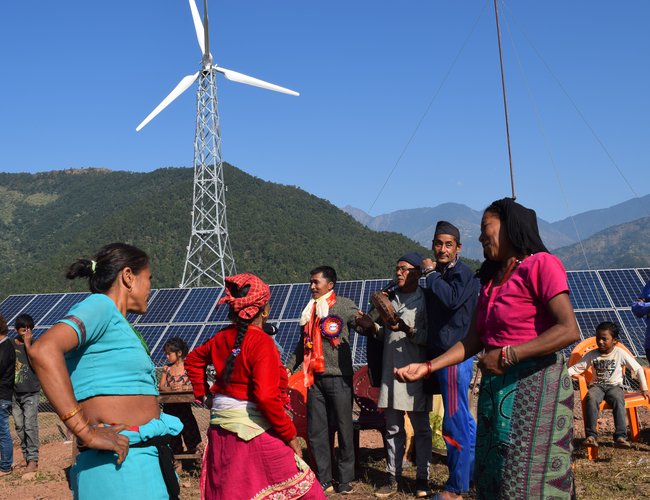 With the completion of the vote counting of national and provincial parliaments, the country is heading to form the new government. The winning alliance of communist parties of Nepal, Unified Marxists-Leninists and Maoist Center, is drawing the sketches for the new government to be installed. Voted for their slogan of installing a stable government, the alliance leaders are preparing a five-year plan and guidelines.

Given Nepal’s six decades of political history, the communist alliance has a tough job ahead to prove that they will not deviate from their commitment for five years. Placing the debates focused on the formation of the new government and its priorities aside, New Spotlight has decided to bring to light how Asian Development Bank-supported highbred Solar and Wind Turbine off-grid electrification project of Chisapani Village of Hariharpur Rural Municipality of remote Sindhuli, can transform the livelihood of the people as its cover story. As a major development partner of Nepal, Asian Development Bank has been helping Nepal to expand the reach of electricity throughout the country by improving Nepal’s power system, including the transmission line. Although other villages were celebrating the elections victory, the villagers of Chisapani were happy to see the inauguration of the 35 Kilowatt power station.

The villagers had a reason to rejoice as the electricity supplied by the first high-tech solar and wind hybrid off-grid system is supplying constant power to almost three hundred households. Backward and under the shadow of the capital, the villagers are likely to see the electricity transforming their livelihood and contributing to their economic progress. This issue also includes New Spotlight’s investigation on earthquake reconstruction. Journalist Nirshi Thami dug out the story of the delayed reconstruction that further marginalized the Thami Community