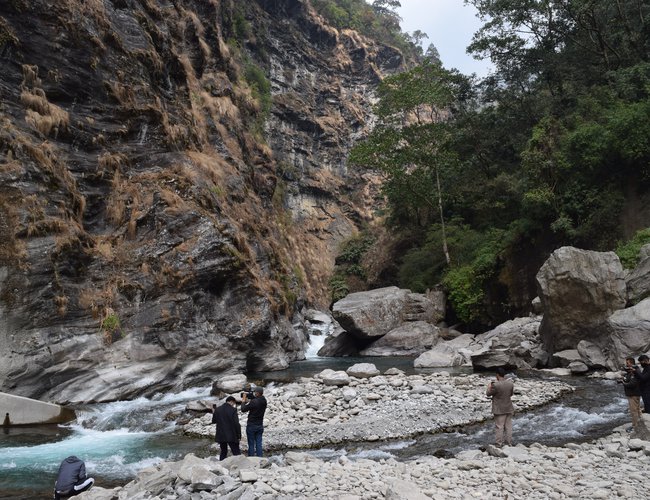 Nepal’s politics is taking a more chaotic course. With the decision of CPN-Maoist Center to withdraw its support to the government, PM Oli will lose the majority status of his government. However, the Maoist action cannot change the Oli government. As the largest party, with just a few seats short of majority, PM Oli will still hang in power. Although opposition parties can put pressure on PM Oli to prove its majority, it is not constitutionally mandatory for the government to test its strength at the floor of the House of Representatives. After the withdrawal of support by Maoist, there will be a start of a new chaotic situation. Since the composition of the House of Representatives is very tricky, there is the need of three opposition parties to forge a majority alliance. However, PM Oli needs just one party to prove a comfortable majority. Leaving the uncertainty in the political course where it is, we have decided to cover the launching of the distribution of water of Melamchi to Kathmandu valley as our main story. New Spotlight regards the event to be historic since it took almost four decades to materialize the transfer of the water from Kosi basin to Bagmati.

From King Mahendra to Birendra and NC leader KP Bhattarai, bureaucrats and engineers spent their life to bring the water from Melamchi. However, the water came to Kathmandu during the period of Prime Minister KP Sharma Oli and Minister Mani Chandra Thapa. For this, much of the credit goes to secretary Madhav Belbase, a professional engineer who rescued the project from a virtual state of collapse. This is the moment for great satisfaction for the last project manager Tirak Bahadur Khatri as well. March 28 has thus become a historic day for Nepal’s development efforts. Supported by the Asian Development Bank, the mega project is the first effort that transferred water from one basin to another.

COVID-19 In Nepal: Save Our Lives By Keshab Poudel 1 year, 1 month ago

A Year Of Completion Of Mega Projects By Keshab Poudel 1 year, 2 months ago

US Democracy Is Under A Threat By Keshab Poudel 1 year, 5 months ago

Dissolution In Apex Court By Keshab Poudel 1 year, 6 months ago