Finally, Belbase’s Bhagirath Efforts Melamchi is on the way to Kathmandu 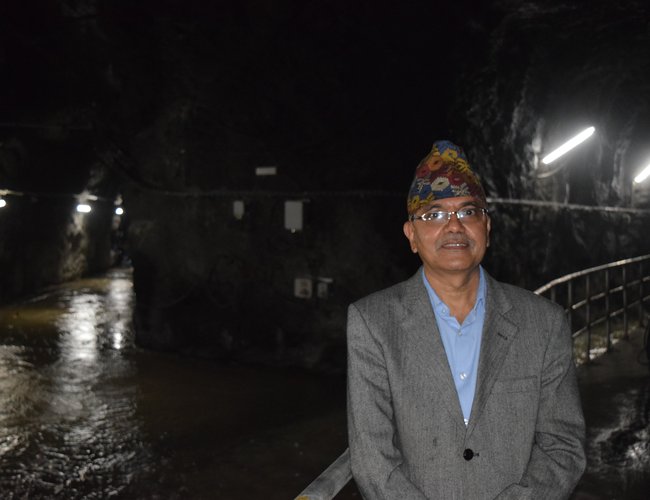 With work delayed by almost seven months, Melamchi Water Development Board has started testing and commissioning of 27.5 kilometre long Melamchi Tunnel. Following the damage of one of the gates in July last year, the process of commissioning and testing was suspended. With inspection from experts and correction in the gate valve and improvement in tunnel, Melamchi Water Development Board has started diversion of the water. Although it took almost two and half decades for the tunnel to reach the present state, this is one of the miracles in infrastructure development projects in Nepal. Constructed to supply water to over 4 million population of Kathmandu Valley, Melamchi Drinking Water Project passed through several crises, one after another. Constructed under loan from an Asian Development Bank-led consortium, Melamchi project will supply over 370 million liter water per day to Kathmandu Valley.

Although several of his predecessors had made effort, unde the leadership of Secretary Madhav Belbase and his strong team in the ministry, Melamchi is likely to pass this phase of testing and commissioning and start the supply of water to thirsty population of Kathmandu Valley. Finally Belbase’s Bhagirath Efforts Melamchi is coming to Kathmandu within a week. We have decided to report on the commissioning and testing of Melamchi project as a cover story for this issue. Since the establishment of diplomatic relations over 60 years ago, Japan has been providing Nepal with all kinds of support to develop infrastructure such as road, hydropower, drinking water and helped institution building process. As Japan celebrates its national day, we have decided to cover extensively the views from various scholars from Japan on Nepal Japan relations and other regional and global issues.

COVID-19 In Nepal: Save Our Lives By Keshab Poudel 1 year, 8 months ago

A Year Of Completion Of Mega Projects By Keshab Poudel 1 year, 9 months ago

Dissolution In Apex Court By Keshab Poudel 2 years, 1 month ago