It is also important that we “indigenize” this international occasion. We have many of our own water-related cultural institutions that are crying for our national attention. 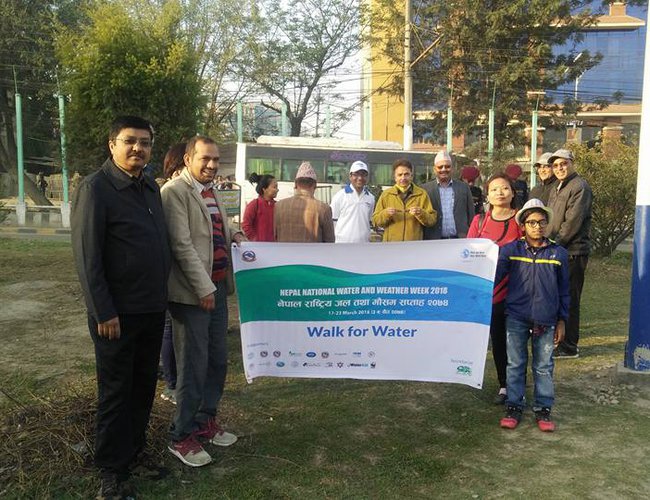 Following the 1992 Rio Conference, UN General Assembly declared 22nd March as International World Water Day. What special link does that particular day have with water other than that it is the Spring Equinox is not clear; but it and the week that it falls in has become a kind of Dussain festival for water folks. Last Saturday, Nepal’s water-related government and non-government agencies kicked off the start of the Water Week with the minister for federal affairs and general administration Lal Babu Pandit as chief guest. He has become a darling among the organizers of meetings and conferences mainly because of the reputation he earned during an earlier stint as tough and honest and for getting elected this time around by frugally campaigning on a bicycle in a terrain dominated by filthy money of musclemen and contractors. A day earlier, he was chief guest, but as environment minister, at a NAST-organized meeting of all vice-chancellors discussing science education!

For most of us studying or working on water, every day of the year is Water Day. However, what is important with the UN-declared event is that it allows us to break out of our academic and professional silos and to bring our hopes and concerns in this sector to the broader public which would be listening to us more than on any other day. That is one important way in which political agendas for change are furthered; and how well we as Nepal’s water community succeed in doing so will largely depend on what we articulate and how we articulate it. Water problems are “wicked problems” where society does not even agree on what exactly the problem is: Is it scarcity or profligacy? Mismanagement or lack of creativity? Local or national? Caused by individual action or collective failure? And answers to such “wicked problems” require “uncomfortable knowledge” generated by different voices often excluded from the policy process. Standard textbook engineering, which probably got us into the mess we are in, will not give us new and often clumsy solutions to solve such intractable problems.

For much of these last six decades since the fall of the Rana regime, we as a country have self-hypnotized ourselves into believing that we are “rich in water resources second only to Brazil”. Having worked with Brazilian water experts but never having heard any of them claim they are numero uno, I have often wondered how we have come to claim we are rich in water when what we are “rich” in are four months of flood and eight months of drought. We after all live in a monsoon-dominated, semi-arid zone and the sooner we convince our public and politicians that we are poor in stored, useable water, the better for the country and the policies it should profitably pursue.

The most acute problem facing Nepal is the slow drying up of springs. And it is bad science to knee-jerk blame climate change for it: there are other, mainly social drivers that are still under our control which have played a more significant role. Given that no more than a tenth of the dry season flow in the Ganges comes from snow and glacial melt, the rest coming from monsoon rains stored in groundwater in the hills that serve as water towers releasing water slowly as springs, it is certainly strange that we have not even bothered to map our springs, let alone conserve and manage them. This untreated slow cancer is leading to abandonment of hill settlements and agriculture therein.

Another malaise – that came with modernization and flush toilets in the mid-20th Century – is our using rivers as untreated waste dumping medium. Previously, the practice was septic tanks and nutrient recovery for agriculture fields. Water with its multifaceted properties is essential to all processes sustaining all life, human and non-human. Of these, its amazing property as a universal solvent (“every time you drink a glass of water, you are drinking some glass!”) is critical to our metabolic and industrial processes. However, when we misuse its fluid flow properties to flush away our untreated waste, we are degrading its other property that sustains life. It is not only Bagmati in Kathmandu or Sirsiya in Birganj but also many smaller rivers where new municipalities are mushrooming that are under growing threat of miasmic atmosphere vitiating urban life. 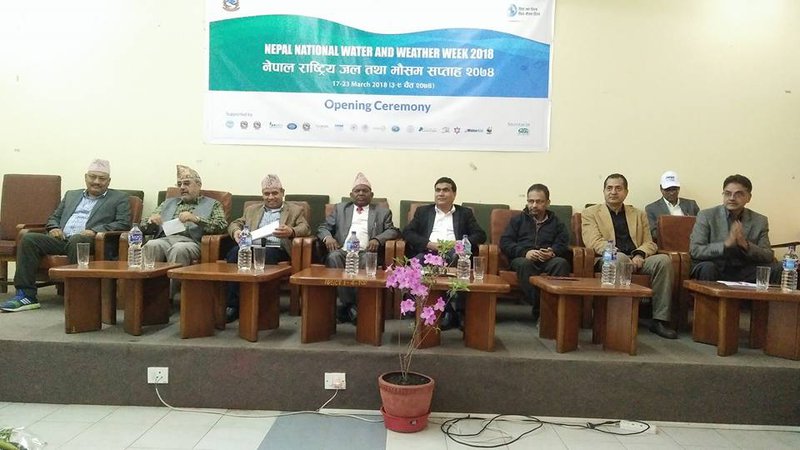 Our rivers cascading down the Himalaya do contain the potential to generate hydropower which has fueled the dream of generations – to generate hydropower, export it to India and loll around lazily on a bed of hydro-dollars. It is another matter that Mughlan, from British to BJP, has stuck to a “cost plus” policy and never offered Nepal – or any international developer that has ventured here such as SMEC – any decent market price for electricity, and hence earning any profit is out of question. Be that as it may, it is not water or the height they fall from that is the real resource; instead, it is the very rare geographical sites where dams can be built to store monsoon rains to be released during the dry season that are of untold value. Such sites are only there in the mountains: try building a high dam in Lucknow, and try irrigating UP’s parched fields in March or April with petroleum or anything other than water! As such, it is not hydropower but stored (in a sense not natural but produced) water that should fuel our policy imagination and not hydropower. And the sooner we restore a criminally split ‘ministry of water resources’ back to a single one encompassing irrigation, flood control, inland navigation and hydropower, and simultaneously revitalize the Water and Energy Commission, the better for Nepal. The Oli government has shown some initial hopeful signs on this and we have to wait and see if they carry it through.

If we as water professionals can bring these and other issues forward for public debate, we will have fulfilled our responsibility during this year’s water week. Otherwise it will have been mere tamasha and a waste of everyone’s time. It is also important that we “indigenize” this international occasion. We have many of our own water-related cultural institutions that are crying for our national attention. In the Tarai, we have the rich tradition of Chhat, a kind of post-monsoon, post-harvest thanksgiving for the bounty provided by our land and water. In Kathmandu Valley, it is Sithi Nakha, which falls just before the onset of the monsoon and which is an occasion when communities get together to clean canals, wells and ponds of the year’s accumulated detritus and make them capable of harvesting the monsoon. In addition, Bagmati within the valley has some 130 tirthas or holy spots with their once-in-decades Bagmati Yatra where the value of these sites and their upkeep is handed over to a new generation.

Keeping up with the International Jones is fine with this International Water Day as long as we have our policy feet firmly rooted in the richness of our own traditions. If we ignore the very basis of our Bagmati Civilization, no amount of ticking off the UN bucket list of international days will help improve our lot. Should Rani Pokhari be rebuilt as a modern concrete swimming pool with a shopping mall attached or should we restore it to traditional standards and take pride in the amazing science and technology of dhungey dharas and appurtenant structures such as Rani Pokhari that our ancestors already had half a millennia back and which we modern Kathmanduites seem to have lost? Why was this not publicly debated during this year’s Water Week?

On some rare occasions, a good lesson can be learnt even from Mughlan and this is one. India water minister Uma Bharati has officially declared 14th April – the birthday of India’s great Dalit leader and neo-Buddhist Dr Bhimrao Ambedkar – as its water day. The ostensible reason is that not only was Ambedkar the father of the Indian constitution but also that he was one of the prime drivers behind the Damodar Valley Project and the Hirakud Dam. The less discussed subliminal reason seems to be an attempt by some far-sighted reformers within the BJP/RSS combo to challenge untouchability – and its pani nachalney (polluted water) casteism – through this kind of powerful symbolism. Do we have any Nepali political leader on the visible firmament with similar capacity to reimagine water in our society?

The Opening Of The Airport Is A Milestone In Nepal’s Aviation And Tourism Sectors By Arnaud Cauchois 2 days, 17 hours ago

Crypto Currency And Its Effect In Nepal By Aarjan Dhakhwa 1 week, 3 days ago

The Individual Versus Societal By Prof. Dr. Akal Bahadur Singh 1 week, 3 days ago