Although it has taken almost a decade, the excavation of the Melamchi project’s tunnel has been completed. 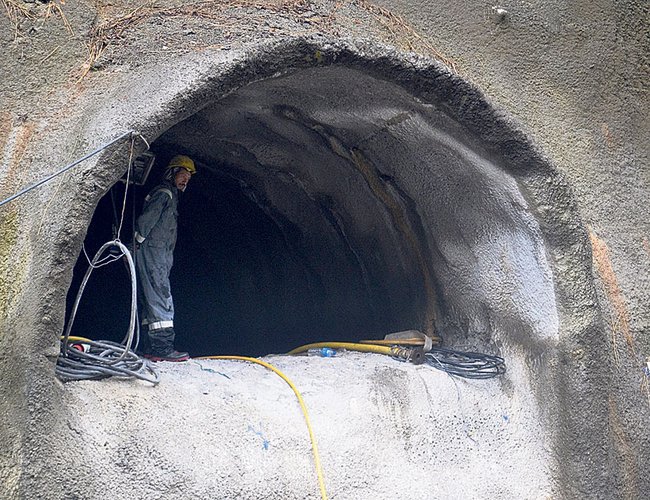 Although the people of Kathmandu hope to have their taps running water sometime soon following the completion of the excavation of 26 KM long Melamchi Tunnel, the demonstration by a group of people in Melmachi demanding more compensation and adequate assurance for long term financial commitment has shrouded the prospects.

Since the project started its work, some elements exploited the project’s resources in the name of local community. For the last ten years of construction period, these elements, which are backed by politicians, thrived in Melamchi, charging undeclared levy from the contractors.

Given their protests during the visit of Vice President Nanda Bahadur Pun, Minister for Drinking Water Bina Magar and Asian Development Bank (ADB)’s Director General for South Asia Hun Kim in a breakthrough ceremony, it indicates that these elements can still challenge the government of the two thirds majority.

In terms of basin diversion, this is one of the historic periods for Nepal. For the first time, Nepal has been able to divert the river of Kosi basin to Bagmati basin through a 26 KM long Tunnel.

As the excavation of the longest tunnel in Nepal completes, for the tunnel to be fully operational, it will take a few months before it can carry water from the Melamchi River to Kathmandu Valley for supply by the Kathmandu Upatyaka Khanepani Ltd (KUKL).

“The government will address all genuine concerns of the local people. However, we cannot tolerate anybody disturbing the construction of the project,” said Minister Bina Magar. “The water will be supplied to Kathmandu by August at any rate.”

Nepal’s largest multilateral donor Asian Development Bank also sees the day as significant. “The completion of the excavation marks a very important milestone in the project’s history and is indeed a giant leap forward for the project, one that will soon help alleviate the water stress experienced by the inhabitants of the Kathmandu Valley,” said vice president Kim.

Kim also appreciated the strong commitment of the government that has enabled the Melamchi Water Supply Project (MWSP) to overcome countless challenges in the past, including the 2015 earthquake and the subsequent shortage of materials, and to come to this remarkable stage.

The MWSP will benefit an estimated 1.3 million urban inhabitants — or 158,549 households — with more reliable water supply and higher quality water. The current water supplied by KUKL is about 100 million liters per day (mlpd) on average, with about 40 per cent of this estimated to be lost due to leakages. An additional 170 mlpd of water will be available by the end of 2018 for distribution to KUKL customers. Water will be supplied daily for at least two to four hours to KUKL customers once the new system is put into operation.

“ADB is proud to be part of a project of such national importance,” said ADB’s Country Director for Nepal Mukhtor Khamudkhanov. He also appreciated the government’s reforms in Nepal’s urban water sector and urged everyone involved to focus on completing the remaining work so that Kathmandu residents could enjoy improved water services in 2018.

ADB has provided a total of $145 million in loans for the $355.4 million Melamchi Water Supply Project and has been working since 2000 with the government to build the tunnel as well as 29 km of access roads.

In a related project, ADB lent Nepal $170 million through the Kathmandu Valley Water Supply Improvement Project to expand the Sundarijal water treatment plant, modernize the distribution network, construct large storage tanks, rehabilitate existing infrastructure, and strengthen KUKL so that the residents of Kathmandu Valley could benefit from the new tunnel and receive affordable and reliable water.

The Kathmandu Valley Wastewater Management Project, also funded by ADB through an $80 million loan, aims to improve wastewater management through the construction of wastewater treatment plants and improvements in the sewer network.

The government is planning to complete all finishing works and testing of the tunnel by early July. This will allow the Melamchi River’s water to be diverted to the Sundarijal water treatment plant in July, with testing of the new transmission and distribution system in Kathmandu Valley to start from August. 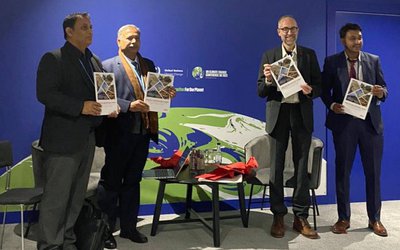 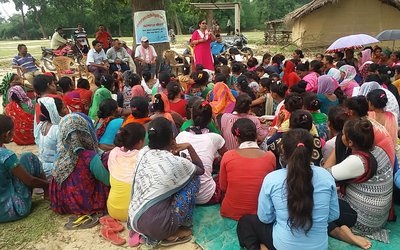 Chalfal Chautari Giving Voice To Voiceless By A Correspondent 1 year, 3 months ago 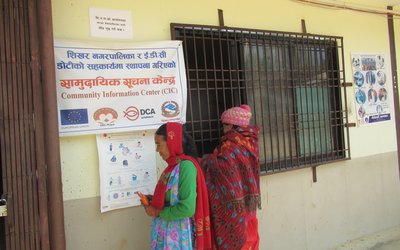 CICs Increasing Access To Local Service Delivery By A Correspondent 1 year, 5 months ago

GG: Growing Local Reach By A Correspondent 2 years, 1 month ago

WVIN Working For Change By A Correspondent 2 years, 11 months ago