China’s Ministry of Transport has announced that it intends to double its investment on waterways construction to US$ 30.5 billion over the next five years. Similarly, France too has announced that it intends to build 66-mile-long super canal to link Paris waterway to a canal network in northern France and the Low Countries at a cost of US$ 6.5 billion. 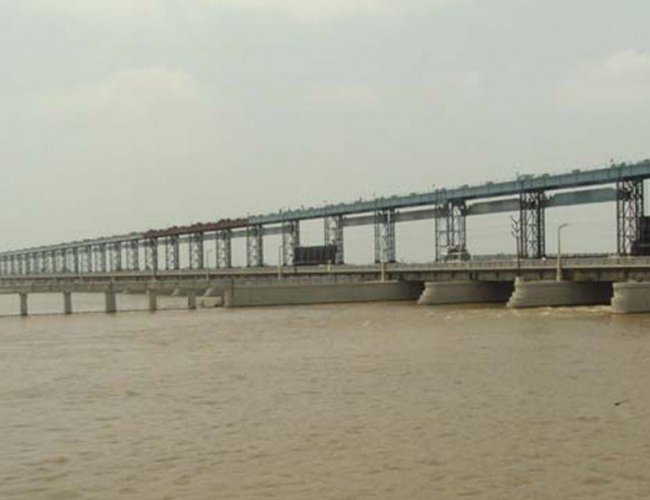 Kosi Canal Waterway can be developed for operation of relatively large river vessels. The proposed canal waterway, connected with the sea, will have exceptionally great significance for our landlocked country to boost foreign trade and facilitate transit across India.

The greatest advantage of the Kosi Canal Waterway would be its suitability for operation of relatively big river vessels that can connect future river port in Nepal with other neighbouring coastal seaports, also located far away from the Haldia seaport, which is at the terminus of the Hooghly River. This type of sea-river shipping is prevalent in Europe and other countries.

The strong advantage of sea-river shipping is found in its unique connectivity. Seaport transshipment is not required for sea-river vessels to be able to connect the hinterland with overseas destinations.  This results in lower transport cost and reduced risk of damage on account of the absence additional transshipment.  In our case the storage of goods at Haldia or Calcutta port could be avoided.

Towards the end of the last century the construction of the Mainz-Danube canal had been completed. Now German waterways has been connected with the Black Sea. According to Waterway Journal of the USA, dated 23 May, 2011, construction works are to be undertaken on a massive scale to enlarge the capacity of existing waterways in China and France.

China’s Ministry of Transport has announced that it intends to double its investment on waterways construction to US$ 30.5 billion over the next five years. Similarly, France too has announced that it intends to build 66-mile-long super canal to link Paris waterway to a canal network in northern France and the Low Countries at a cost of US$ 6.5 billion.

In 1960s, Nepal had constituted the Waterway Development Board (WDB), comprising secretaries of all relevant ministries, like the foreign, law, transport, water-energy ministries, etc., as members. The function of the WDB was to facilitate works related to all aspects of inland waterway development to provide our country access to sea.

Needless to mention that for any landlocked country proper access to sea is crucial for its development. Our right to freedom of transit is guaranteed by Barcelona Convention Treaties of 1921 and particularly the Statute on the Regime of Navigable Waterways of International Concern.

Trade and Transit Treaties with India

Towards the end of the 1960s, a special high level committee had been constituted to finalize Nepal’s proposal for the complete revision of the existing trade and transit treaty with India. Nepal’s proposal included the development of inland waterway leading to a seaport access to our country. Unfortunately due to intransient of Indian Government the finalization of treaty was deadlocked for several years. Finally the treaty was signed but waterway development aspect was dropped.