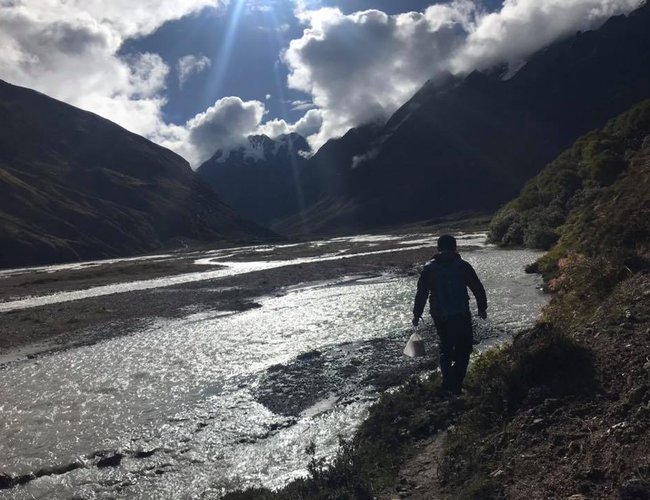 Water supply to Kathmandu valley from the much delayed Melamchi Project would have been insufficient during the dry season months even more than ten years back. Thus, the diversion of the rivers Yangri and Larke to augment the flow of the Melamchi river had been planned even though such diversion would require virtually decommissioning of the existing Melamchi Hydropower.

Obviously, the best choice would have been the implementation of a new type of multipurpose Langtang Project to be implemented primarily to generate cheap electricity and at the same time to augment for free the Melamchi river by discharging abundant Langtang river water used for power generation.

The Langtang river is not too far away from the head reach of the Melamchi river. There is a possibility to divert the Langtang river flowing at elevations much higher than the Kathmandu valley to augment the flow of the Melamchi river and at the same time to generate cheap electricity. Once the construction is completed, the surplus carrying capacity of the 28 km long Melamchi tunnel could be used at no additional cost to deliver into the Kathmandu valley the water drawn from the Langtang river for power generation of the proposed Langtang hydropower project.

The diversion of the Langtang river for water supply to Kathmandu valley is not a new concept. A study of such diversion was made by GTZ in 1977 (R-3). The study provides the following information.

The idea to augment the limited water resources of the Kathmandu valley by diversion of water from the Langtang / Gosaikund massif was first mentioned by Peter Aufschnaiter in 1960. In 1976 /77 the project was studied on a very preliminary level by Dr. Ing. Cristian Kleinert. This project, originally not listed by HMG of Nepal under the projects to be investigated for possible cooperation with the Germany had been included into the study programme on the initiative of the German Government Mission itself because of the fascinating concept and promising objects. The Mission report points out that at that time the high cost of the project mainly caused by difficult access and transportation would not make it viable to undertake this project for further detailed study.

Advantages of the Storage Reservoir

The hydropower potential of the proposed Langtang project is significantly enhanced by the possibility to provide a relatively large storage reservoir, though even in the absence of such reservoir it could still be an attractive multipurpose project. Storage reservoir operation could be planned to provide even during the dry months an uniform flow of around 10 cumecs if the use of the storage water is limited to dry season months when the power supply as well as municipal water supply are greatly constrained.

Of all the site characteristics, hydraulic head is the most important. Design guidelines, 1989 approved by the American Society of Civil Engineers has given some simple reasoning that would help to explain why the super high head Langtang power stations operating at many times greater head by comparision with other hydropower could be built at very low cost. "Very simply if one doubles the head the quantity of water needed to produce a certain amount of energy is halved. Thus, for like site energy development the penstock area and reservoir volume are halved and further large cost reductions occur for powerhouse and machinery costs. This fundamental consideration is at the root of the large cost reductions that occur at higher heads."

At present the Bagmati River has virtually turned into a city drain. Residents of the Kathmandu valley as well as the large multitude of peoples coming to Pashupatinath Temple each day for worshipping from all over the world are appalled at the miserable sight of the holy Bagmati river. It can hardly be denied that the water scarcity is the prime cause of complete deterioration in condition of the Bagmati . Unfortunately until now we do not have any satisfactory plan to resolve this serious problem. It could be possible after the completion of the proposed Multipurpose Langtang project to transform the Bagmati into a medium sized river that would be carrying a discharge of about 10 cumecs even in the driest months.