Flood displaces 150,000 in Myanmar And At Least A Dozen People Killed

Flood displaces 150,000 in Myanmar And At Least A Dozen People Killed 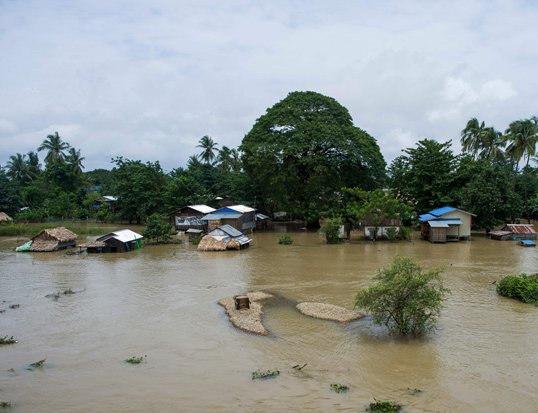 Monsoon rains have pummeled the Mekong region in recent days with Myanmar bearing the brunt of flooding that has forced 150,000 to flee and threatens to destroy levees shielding thousands of homes.

The swirling inundations have started to recede in some areas in the low-lying southeast but the country is only just entering peak monsoon season and more downpours are expected in the coming weeks.

Thousands were either unable or have refused to leave their half-submerged homes, peering out from upper floor windows as they waited for relief boats bringing food and supplies.

Some waded out through the waist-deep water to collect the donations while others balanced precariously on rafts made from bamboo poles or jerry cans as they paddled through the waters.

Evacuation orders are still in place across Bago, Karen, Mon and Taninthari provinces with dozens of dams and reservoirs overflowing.

In Madauk town in Bago region, warnings that key levees are at breaking point sparked fear among residents.

“We are worried about the embankment. We are really afraid,” 43-year-old Ma Wai told AFP yesterday.

“When the authorities warned us over the microphone, we didn’t know where to run. Children and elderly people were crying.”

State media reported that nearly 150,000 people have been forced to seek refuge in 327 camps while nearly 28,000 are clinging on in their flooded homes.

At least a dozen people have been killed.

Tin Tun, 50, said he and his family decided they had no choice but to escape what he described as the worst flooding they had ever experienced.

“We had to flee, taking people and our animals by boat. The water was up to our waists in our house when we left,” he said.

Laos is still searching for scores of people missing after a dam collapsed last month, wiping out entire villages and killing at least 11 – though earlier official tolls initially put the number as high as 27.

Thai, South Korean and Chinese specialists have joined the effort to find the missing.

Floodwaters from the disaster seeped into Cambodia and forced thousands from their homes.

Thailand said yesterday that seven of its northeastern provinces have been hit by flooding, affecting at least 30,000 people. 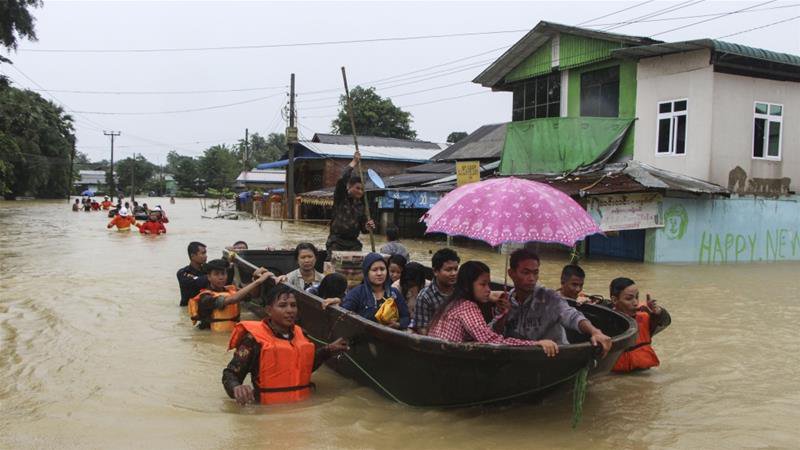 Heavy flooding has also submerged swathes of farmland near Vietnam’s capital Hanoi this week, with water reaching the roofs of some homes causing 4,000 residents to scramble to dry ground.

“We had to move our property, rice, our cattle and poultry,” Phung Thi Luan told AFP from a makeshift shelter in a community centre.

“There’s no road for us to get around and … there’s no electricity.”

So far this year in Vietnam, 112 people have gone missing in natural disasters, with more than 900 homes completely destroyed and tens of thousands of hectares of farmland damaged.