The NDC also targets to expand energy mix focussing on renewable by 20% by 2020, achieve 80% electrification and reduce dependency on fossil fuels by 50% by 2050 through effective mass public transportation, increase the share of electric vehicle up to 20% at 2010 level by 2020, and maintain 40% of the total area of the country under forest cover 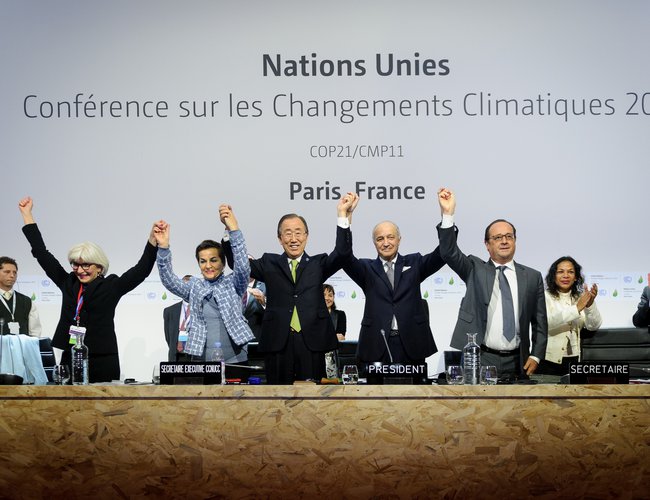 Being a Party to the UN Framework Convention on Climate Change (UNFCCC), Kyoto Protocol (KP) and the Paris Agreement (PA), Nepal, as a Least Developed Country (LDC), has focused on the implementation of these instruments, in the spirit of the specific provisions for, and obligations of, the LDCs. Nepal's initial (2004) and second (2014) national communications reports show negligible emissions (only 0.025% and 0.027% respectively) of the total global greenhouse gases (GHGs) emissions. The National Adaptation Programme of Action (NAPA, 2010), Climate Change Policy (2011), National Framework on Location Adaptation Plans for Action (LAPA, 2011), and Nationally Determined Contribution (NDC, 2016) have prioritized climate change adaptation (CCA) options to help climate vulnerable Nepali people to adapt to, and build resilience to, climate change impacts. The REDD+ programme promotes sustainable forest management and will likely provide adaptation co-benefits. Climate change-related policies as mentioned in the periodic plans released after 2009 also prioritise CCA, including sustainable forests management, and renewable energies. The government drafted the Low Carbon Economic Development Strategy in 2013, which is waiting for approval, with a view to advance climate change-friendly economic development. The strategy does not commit to reduce GHGs emissions.

Since 2011, several CCA projects have been implemented; some are under implementation; and few projects are in the pipeline, with technical and financial supports from development partners to address the most urgent and immediate adaptation needs and build resilience of the climate vulnerable communities. Nepal has pioneered in localising adaptation options through LAPAs and channelled climate finance through a dedicated climate change budget code. As of now, it is an understanding that CCA is Nepal's priority on climate change matters and REDD+ provides opportunities to promote sustainable management of forests.

In early 2016, Nepal prepared an Intended Nationally Determined Contribution (INDC) and shared with Parties through the UNFCCC Secretariat. At that time, 'C' (of NDC) was understood as voluntary 'contribution'. While being a Party to the Paris Agreement, Nepal submitted her NDC in October 2016 which accords high priority to formulate and implement the National Adaptation Plan (NAP) and implementation of NAPA priorities through LAPA framework. Other priorities in the NDCs include, inter alia, research and studies on loss and damage, investment in low carbon technologies (energy efficiency and renewable energy), address drivers of deforestation and forest degradation, and climate-induced disasters, convert waste to energy, adopt climate-friendly technologies, and build capacity. The NDC also targets to expand energy mix focussing on renewable by 20% by 2020, achieve 80% electrification and reduce dependency on fossil fuels by 50% by 2050 through effective mass public transportation, increase the share of electric vehicle up to 20% at 2010 level by 2020, and maintain 40% of the total area of the country under forest cover. It means Nepal's priorities are on CCA, forest management and renewable energies.

The NDC Partnership was launched in 2016 in Marrakech during the 22nd session of the Conference of the Parties to the UNFCCC. The Partnership 'aims to enhance cooperation so that countries have access to the technical knowledge and financial support to achieve large-scale climate and sustainable development goals as quickly and effectively as possible. The Partnership is a coalition of countries and institutions working to mobilize support and achieve ambitious climate goals while enhancing sustainable development'. Its Guiding Principles are, inter alia, to support country-driven processes, build in-country capacity, advance adaptation and mitigation, and align development and climate change. As of July 2018, 77 countries have joined the Partnership which is governed by a Steering Committee with international institutions as members and associate members. The Partnership is supporting 34 countries at present and mainly supports to prepare country engagement partnership plan by identifying and leveraging finances from multilateral and bilateral sources. It may also encourage bilateral donors to focus on NDC implementation.

Nepal has drafted a Road Map for NDC Implementation in 2018 and has also joined the NDC Partnership in June 2018. The Ministry of Forests and Environment in collaboration with NDC Partnership organized a NDC Partnership Scoping from 30 July to 2 August 2018 in Kathmandu. The 31 July presentation emphasized that 'C' (of NDC) stands for 'commitment' and this 'country commitment' is for reducing GHGs emissions. In a few years, we will need to realise 'C' for 'compliance'. It is most likely that Nepal, a mountainous and land-locked LDC, will have to align its social and economic development for GHGs emissions reductions, and phase out the usage of fossil fuels. This requires a 'strong political will' in action, as Nepal is constructing a pipeline to import fossil fuels.

'Common but differentiated responsibility and respective capabilities' (CBDR&RC) is the key guiding principle of the Convention. As per Article 4.9 of the Convention, 'Parties shall take full account of the specific needs and special situations of the LDCs in their actions with regard to funding and transfer of technology'. Parties have made several decisions to support the LDCs in implementing NAPAs and other climate change activities. Nepal is receiving technical and financial supports from bilateral and multilateral agencies for the implementation of climate change adaptation, resilience, and REDD+ programmes. In some cases, other supports, which are not directly related to address climate change impacts, might have been channelled through Climate Change Budget Code.

The then Government established a dedicated Climate Change Section in 2008 and Climate Change Management Division (CCMD) in 2010. It focused on CCA and other climate change activities, including benefitting from carbon trade through Clean Development Mechanism (CDM). As of now, none of the national instruments focus on GHGs emissions reductions per se. The then Ministry of Forests and Soil Conservation established the REDD Unit in 2009 and upgraded to REDD Implementation Centre. In mid-2018, the Government has established Emission Measurement Section. Current functions of the CCMD are also related to identification of GHGs emission sectors, preparation of GHGs related national reports, and development, transfer and use of technologies to minimize GHGs emissions etc.

For Nepal, CCA & resilience building, and mitigation of climate change impacts and sustainable forest management (also for adaptation co-benefits) are the two sides of the same coin. Looking from one side, recent initiatives attempt to reduce GHGs emissions through institutional efforts. From another side, Nepal may receive more support for GHGs emissions reduction which might 'conflict' with national priorities for climate change adaptation and resilience. Pessimistically, future support may be linked to GHGs emissions reductions. Previous efforts of making development initiatives climate change-friendly and resilient will likely turn the other way around.

In case of climate change, the then UML-led government (2009-2010) drew the attention of the international community on the severe impacts of climate change by organising Cabinet Meeting at Kalapatthar, developed facilitating instruments including NAPA and Climate Change Policy, established dedicated CCMD for climate change and strengthened institutional mechanisms, and accessed available financial resources, totalling to nearly USD 200 million. Nepal showed its strong coordinating and negotiating capacities in 2013-2014 by chairing the LDC Coordination Group (A group of 48 LDCs for UNFCCC negotiations), and also other UNFCCC constituted bodies such as LDC Expert Group (2014-2015) and Adaptation Fund Board (2016). A group of people who were included in the government delegation have developed necessary skills for climate change negotiations. Although the Government is of the same Party, environmental degradation and impacts of climate have further pronounced but it has not received 'required attention' in implementing 'most urgent and immediate' programmes, and in accessing, mobilising and channelling resources. Established coordination mechanisms in 2009-2011 periods are virtually 'non-functional'. 'Wait and see' approach in supporting climate change activities prevail. This 'track change' may have long-term implications in the overall development of the country and in the life and livelihoods of the climate vulnerable Nepalese communities.

Locust Are Coming Closer , Nepal Is Yet To Announce Measures By NEW SPOTLIGHT ONLINE 1 day, 13 hours ago

The Response To COVID-19 Should Also Be A Response To The Climate Crisis By Preety Bhandari, Arghya Sinha Roy 1 month, 2 weeks ago

Nepal, China, India And Bangladesh Among Asian Nations Accused by UN Of Censorship During Pandemic By NEW SPOTLIGHT ONLINE Jun 04, 2020

US To Ban Passenger Flights From China By NEW SPOTLIGHT ONLINE Jun 04, 2020