The reality is that even with the issuance of PAN numbers it is a very minuscule percentage of the population that pays tax. The figure is around 4-7% and it is on this that the burden falls on. The rates are raised on them again and again. The obvious remedy is to increase the coverage for raising taxes. 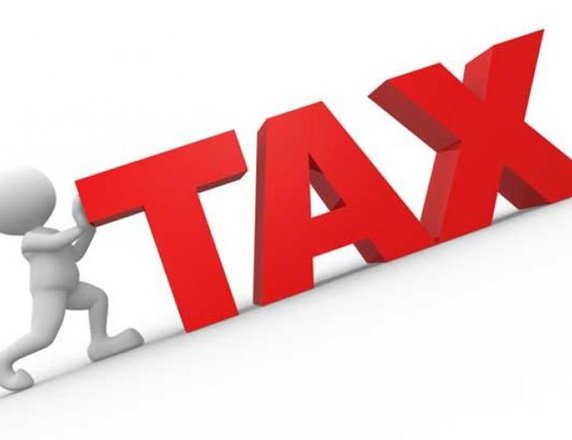 Many years ago during the Panchayat days they had announced the fourteen anchals of the land would be transformed into five development regions and decentralisation of power would occur. The first part of the plan was done but the giving of power and finance to those of the periphery did not occur and perhaps this was the undoing of those at the helm.

We have halved the number of anchals we had and have made seven pradeshes. History is being repeated now in that the borders of the seven provinces have been mostly delineated but the power and the finances to function have not been given. The basis stated is that 30% of the amount used should be sent to the provinces for functioning. The refrain therefore is ‘No maam, no kaam.’ But function they must and so results the levying of taxes, left, right and centre!

The reality is that even with the issuance of PAN numbers it is a very minuscule percentage of the population that pays tax. The figure is around 4-7% and it is on this that the burden falls on. The rates are raised on them again and again. The obvious remedy is to increase the coverage for raising taxes. Now the situation is different in that the new seven overlords have been given authority but with clear cut distinction as to what falls in the locals and pradeshes area of authority. This has brought about very irrational actions.

When Janakpur was of the likely capital of province to the vacant premises of the Janakpur Churot Karkhana was a possible site for Pradesh governmental seat of power or secretariat. Now that Biratnagar is the seat of power, we hear that Janakpur Cigarette Factory is to be started again. Why and due to whose pressure? Was it the old workers or the newly appointed masters who visualise getting kickbacks in the process? What an example of ‘What thy right hand does, the left does not know.’

The government has spent crores over the years telling the Nepali people that we should not smoke because of the risk of cancer. It has spent crores too telling the people about the hazards of alcohol abuse, the risks of drunken driving and likelihood of death. All very good. There are enough legally authorised producers of cigarettes and alcohol products within the country and no need of the government to return back into the production of cigarettes. A news item of 24th August stated that the Government has sealed the factory of an unauthorised product ‘Current Gutka’. All very good!

Another news item in the same paper states that the government plans to make the registration of births compulsory to protect the rights of children. All very well but some of the Local and Pradesh governments have announced tax for the issue of birth and death certificates. What a situation that even as one enters this world or departs from it one has to pay tax! Is there is possibility that we will have to pay tax for the air that we breathe? One ponders over such possibilities.

The world is changing and one needs to remember that what was thought to be harmful can change in course of time. Our police, because of Nepal being signatories to various agreements send out police force to destroy the fields of the Terai where cannabis or ganja is being grown. All very good but news now is that various states of the United States of America have legalised the growing of cannabis, albeit for medicinal use. We need to ponder over this fact. It is perhaps time to legalise the cultivation of ganja in the land of Lord Shiva.

Another misuse which has been in vogue for sometime is the Vat issue. A lot of what should have been regular income sources for the government having knowingly been dogged by the byaparis. There is the fact that in the nature of ‘you scratch my back, I will scratch yours’ many of the revenue which should belong to the government is conveniently forgiven by the authorities concerned. One can form many conclusions on such acts.

A one-liner of PM Oli is: ‘Tax is not on the farmer, it is on the seller’, The farmer cannot always take the produce to the market and spend the whole day there. The reality and bane of getting the produce of the land from the producer to the buyer are the middlemen, not only here but all over the world. They provide a service and take their cut. It is the responsibility to those in power to see that the cut or the service charge of the middlemen is not too drastic and leaves the farmer bleeding, hopefully not to death. Middlemen are a reality in life in all sectors, even in politics. Rules must be made and enforced to make sure that there are not too many of middlemen in the route between the farmer and the market.

The only point for consideration in all this is that these may be all teething troubles of the federal set up and will most likely be sorted out with the experiences that we have gathered in the course of time. This does not mean that this is a time for experimentation as the Nepali people have suffered over the past decades and it is time to give them a respite.

Why To Regulate Electricity Sector In Nepal? By Dr. Ram Prasad Dhital 1 week, 3 days ago

Can Grid Connected Solar Irrigation Pumps Be The Future Of Irrigation In Nepal? By Dr. Vishnu Prasad Pandey, Sagar Gyawali 1 week, 5 days ago

Translating Commitments Into Action By Batu Uprety 1 week, 6 days ago