A speedboat tour from Ho Chi Minh City to the Mekong Delta through the Saigon River, including its canals, with a dozen tourists, was both educational and interesting. It was a nice way to observe settlements, life and culture while enjoying a water ride without traffic jams or being cramped in a vehicle. A light breakfast was served soon after boarding the speedboat around 8.30 am with bottled cold water and cut tropical fruits in perpetual supply. A constant two-way flow of people and goods in small and big boats kept one’s attention on the daily dynamics of life around the mighty river. 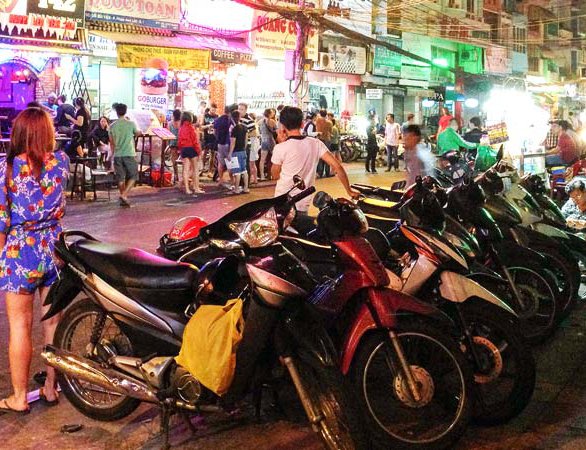 Ho Chi Minh City, with an outstanding history as Saigon, continues to be Vietnam’s trade, commerce and financial hub. While the Khmers were the original settlers in the region, the Vietnamese took over in the 17th century. With colorful history, rich Mekong Delta and the French colonial past, the region lures tourists with many charms. The French colonial style Ho Chi Minh City Hall, built in 1902-1908, is really elegant and photogenic. The Saigon Post office, the Opera House and the Notre-Dame Cathedral also stand out in the City landscape, reflecting the French colonial architecture.

A speedboat tour from Ho Chi Minh City to the Mekong Delta through the Saigon River, including its canals, with a dozen tourists, was both educational and interesting. It was a nice way to observe settlements, life and culture while enjoying a water ride without traffic jams or being cramped in a vehicle. A light breakfast was served soon after boarding the speedboat around 8.30 am with bottled cold water and cut tropical fruits in perpetual supply. A constant two-way flow of people and goods in small and big boats kept one’s attention on the daily dynamics of life around the mighty river. Floating villages and markets as well as litany of illegal settlements and houses perched on both sides of the Saigon River kept fleeting through one’s eyes as the guide described their difficulties, scale and origin. While quite polluted along the crowded area, a much cleaner Saigon River with trees, shrubs and chirping birds came into view after an hour’s boat journey.

It was particularly fun to shift from the bigger speedboat to a small wooden one rowed by two persons through a canal with crocodiles, fish and greenery while on a visit to tapioca, sugarcane, rice and fruit farms. A brief rendezvous with a huge python- 3 times my height- took place in a farm. Two tour guides mounted the python on my shoulder. The python was heavy and slimy. My short companionship with the python was rather uncomfortable but without untoward accident. We departed with mutual respect and right to live the way we were. Interestingly, a python never bites its prey. It grabs on prey’s weakest point, say neck, wraps it from around, squeezes to kill and swallows in one piece.

On cultural side, ancestor worship is an inherent part of Vietnam’s rural life and I had a chance to visit an ancestor temple and ancestor house in a tapioca farm. The youngest son is responsible for ancestor worship, which includes several festivals in a year in which he has to invite and treat his extended family and guests. Fair enough, the youngest son inherits bulk of the parental property but can’t sell it as he has to maintain the ancestor temple and continue their worship. On the way, we stepped out of the speed boat and walked through a lively village market with varieties of fresh fish, prawns, ducks, chickens, fruits, vegetables and other necessities on sale. Close by the market we stopped to see a colorful Cao Dai temple. Founded in 1926, the Cao Dai religion worships three Gods: the Father (Jade Emperor), the Holy Mother and the Divine Beings. They venerate ancestors, Buddha, Lao-Tze, Confucius, Guanyin (the Goddess of Mercy) and even Jesus, stressing unity of religions for universal peace. Prominently placed over the front door of the temple was a strikingly attractive “Divine Eye” which is there to remind its followers that God continuously witnesses everything and everywhere.

An authentic Vietnamese lunch- Pho, BBQ frog, steamed rice, vegetables, tapioca sweet and fruits- was arranged in a coconut cum frog farm at the last stop. The Vietnamese men love drinking home-made rice wines containing 20-40 percent alcohol, which they call the “Happy Water". The ritual to be followed was to pick up a full peg of the drink, count 1- 2- 3, gulp it in one shot and then laugh aloud slapping thighs with both your fists. Then, of course, continue to drink until you are in total bliss or fall in a gutter. We were treated with 3 small shots of the “Happy Water” made from banana, bee and wood after the lunch and then wished goodbye to head back to the city in the late afternoon.

The War Remnants Museum is probably the most visited, eye-opening, impactful and gruesome site in the city that exhibits the leftovers of the ugly war between the Americans and the Ho Chi Minh lead nationalists over the fate of South Vietnam. Powerful helicopters, fighter jets, bombs, arms used by the Americans are on display. Photographs of atrocity inflicted on civilians and fighters, massive destruction of infrastructure and deformity and death resulting from the use of chemical weapon, Agent Orange, were profusely exhibited. Sadly, the war killed 3 million Vietnamese, including the Vietcong and civilians. The museum is a heart rendering saga of their sufferings. The war also claimed 58000 young American lives. Aged 23 years on the average and mostly from the black community, the loss was also an unwarranted tragedy from the futile war. Obviously, it wasn’t part of the museum’s theme. Noteworthy was the white statute of a Vietnamese couple releasing white doves reminding visitors who passed by it on the second floor of the museum that peace and harmony, not war, were the pleading of common folks across nations.

Though, only some kilometers away from the gloom of the war museum, one can hop into a different world of pennywise and fun loving travelers. Roughly four streets and interconnecting alleys between the streets of Pham Ngu Lao and Bui Vien is the backpacker’s Mecca where most thrifty travelers stay, eat, drink, smoke and roam around experimenting many other things. When we visited the area one Friday evening, it was overflowing with tourists, young locals and spectators with deafening music blaring. Varieties of restaurants, bars and massage parlors were in business. Many roads and alleys in the area were “no go” for vehicles. While the stopover was definitely an experience our nerves at times were overwhelmed by the crowd, noise, hawkers, drug peddlers and pickpockets roaming around too.

To conclude, the speedboat excursion to Mekong delta, architectural landmarks and the war museum were all appealing. But the voyage would have been deficient without the 4-hour long night food tour on motorbike that we took along with 10 other travelers from half a dozen countries. During the trip, we tasted genuine South Vietnamese street foods hidden in the back alleys of the City; including pork noodle, Banh Mi sandwich and a rich combination of BBQs- goat, pork, frog, prawn and scallop. In addition, we had enjoyable crisscrossing through interesting sections of the city, including the old China Town and the posh new Korean settlement. Furthermore, the food hunt was made more colorful by the 10 motorbike drivers who all were smart young ladies in their national costume led by a competent Guide.

Three Decades Of Engagement In Climate Negotiations By Batu Uprety 16 hours, 11 minutes ago