Koshi Victims May Have No Option Except Courts

No lessons have been learnt from the 2008 floods in India and Nepal, and victims are still waiting for compensation 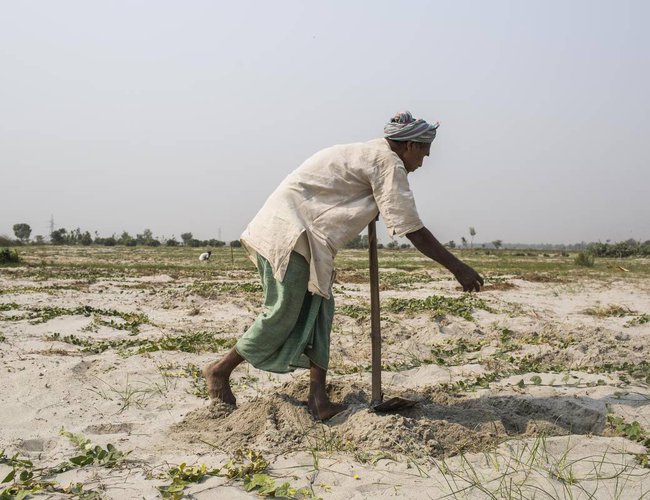 On August 18, 2018 – as the army helped thousands devastated by floods in Kerala – community members, scholars, activists, technical experts and civil society members from Nepal and India gathered in Patna in the northern state of Bihar for a civil society dialogue, led by the New Delhi-based Indian Environment Law Organization.

The aim of the dialogue was to facilitate an informed debate on the need to revisit the existing agreements on the management of the Koshi and Gandak rivers between India and Nepal. 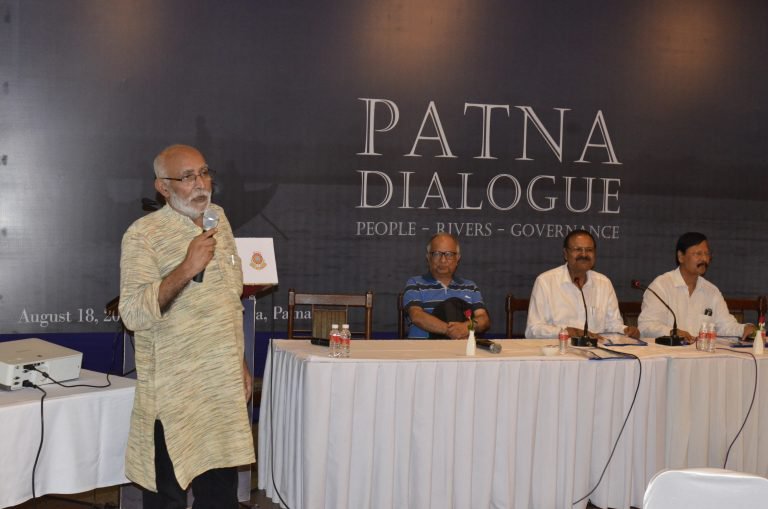 The day was of particular significance for since as it marked the tenth year of the disastrous 2008 Koshi floods that engulfed northern Bihar and eastern Nepal. Five million people – the population of Norway – were hit by floods that swept away more than three million houses. The floods were caused by a breach of the eastern embankment at Kusaha village in Nepal, resulting in the worst damage in the last 60 years of recorded flood history in India and Nepal. There have been at least seven recorded breaches since 1961 in the state of Bihar, downstream of the Koshi Barrage in Nepal.

All those present at the Patna Dialogue recalled that scholars and experts who had studied or observed Kosi floods unanimously argue that the breach at Kusaha was not just a natural disaster. The average discharge of the Koshi on that fateful day was not the highest recorded. The disaster could have been averted with reasonable foresight and better coordination between institutions in the two countries.

Infrastructure developments in Bihar in recent years have further blocked the natural drainage of south flowing rivers downstream of the Koshi Barrage, exacerbating the risks of floods. Participants at the dialogue held that no lesson has been learnt from the worst man-made calamity. The floods occurred, they said, due to the negligence of the government of Bihar and agencies in Nepal who failed to act prudently when locals reported erosion at the embankment at Kusaha.

The Kusaha event holds many lessons for future management of the Koshi and other Himalayan rivers.

The participants at the dialogue wanted the authorities to use this opportunity to revisit the management of the Koshi Project, which is part of Bihar’s Water Resources Department and administers the embankments on both sides of the border The two countries should at least undertake a joint review of the management and monitoring of embankments, including those in Nepal. Local people – who had warned about the danger – should also be involved.

Habitual speculation and mistrust continue to dominate exchanges between the two neighbours. The diplomatic silence on the state of Koshi and Gandak projects in the recent joint statements issued by the prime ministers of the two countries proves this. The joint statement issued on April 7, 2018, on connectivity for Nepal through waterways still does not have an implementation roadmap.

From the legal perspective, the Koshi and Gandak agreements refer to navigational benefits for Nepal, but these have remained illusory. Given that the inland waterways project faces many challenges within India, the statement on connecting Nepal to the sea through Indian waterways was seen by many participants at the dialogue as mere rhetoric. Unless the long standing issues of siltation, raised river beds and the million people living on the bed between embankments are addressed, waterways project for Nepal, at least through the Koshi, cannot be implemented.

Community members from the Koshi basin highlighted their concerns about infrastructure developments in the state, particularly ring embankments, roads and bridges, which have further blocked the drainage of Koshi and its tributaries. This has increased the risks of likely breaches both upstream and downstream of the Koshi Barrage.

They said it is high time a cost benefit analysis of the Koshi Project is undertaken and drastic changes made in the way the project is being run and operated by the Bihar government.

The community representatives pointed out that the Koshi Project was one of the first schemes supposed to bring multiple benefits to poor people in both India and Nepal. Most of all it was aimed at flood control, but it has failed to do so. The project areas – in Bihar and Nepal – have not seen any economic surge in the last six decades. To the contrary, by fencing a dynamic river system the Koshi Project has transformed a very fertile region into a watery prison for a more than million people.

The 380 villages trapped between the Koshi embankments and on the edges in Bihar have been raising one question for six decades –what compensation or livelihood alternatives will the government provide for their submerged farmland? There is still no answer. The Koshi Agreement – signed between Nepal and India – provides for the compensation for the loss of land, land revenue and other properties in Nepal, but is silent on the loss of agricultural lands and land revenue in India.

Politicians in Nepal have continuously raised the issue of land lost to the Koshi Project, while politicians in Bihar have stayed silent. Victims in Bihar wonder what it will take to get the attention of the state as well as the central government. Disease, malnourishment, climate vulnerability, forced migration for men and oppression add to the problems of those who live within and along the Koshi embankments.

There are limited ways for people to register these grievances. Villagers in Nepal have to find a way to force their national government in Kathmandu to speak to the central Ministry of Water Resources in India. Then the message is conveyed to the government of Bihar, who is responsible for the project on the ground.

Because there is no accountability mechanism, the maintenance and repair of embankments has given rise to a nexus where contractors, local politicians, vested interests and execution agencies collude to ensure that the business as usual continues in Bihar as well as in Nepal, participants at the Patna Dialogue alleged.

At the day long deliberations, participants identified a series of actions. First, the governments of both countries should review the Koshi Project, and the agreement over it, and set up proper accountability and compliance mechanisms in the institutions responsible for implementing the project.

Second, a joint technical committee of experts from India and Nepal should carry out a cost benefit analysis of the projects, including inputs from locals in both countries, to guide land and water policies, plus help provide information on alternative crops.

Third, authorities need to examine the roads and bridges built recently in Bihar to check their impact on the drainage of south flowing tributaries of the Koshi and the Koshi itself. Some participants pointed out that this would require policy changes, as the mandate of the surface transport department does not include examining the effect of its projects on flood control or irrigation and drainage.

Fourth, land regularisation and redistribution should be the top priority of Bihar government.

Fifth, with Nepal now moving to a federal structure, the local government can play a critical role in the land and water governance upstream of the Koshi barrage and should demand such a role from Kathmandu. Nepal’s federal government should negotiate with New Delhi to ensure this. The newly-elected gaunpalikas (village assemblies) in Nepal should also demand that a dedicated authority is set up to look into all relevant matters in the Koshi Project area.

It became clear at the Patna Dialogue that the million-plus people affected by the Koshi project want change, and the civil society in both India and Nepal can lobby their governments. But will the governments listen? The long history of how the authorities have ignored the pleas of the Koshi victims does not inspire hope. This leaves victims with the only option of approaching the courts in both countries.

Shawahiq Siddiqui is an environmental lawyer based in New Delhi. He can be contacted at shawahiq.ielo@gmail.com