Work-related gender gaps have not seen any meaningful improvement for 20 years, but a new ILO report says that the path to progress is clear. 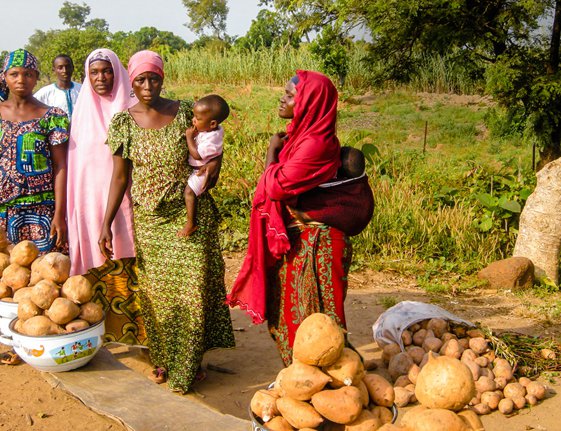 GENEVA (ILO News) – A future of work in which women will no longer lag behind men is within reach, but it will take a quantum leap, not just hesitant incremental steps, to get there, according to a new International Labour Organization (ILO) report published for International Women’s Day on 8 March.

“We need to make it happen, and the report, A Quantum leap for gender equality: For a better future of work for all , provides a way forward,” said Manuela Tomei, Director, ILO Conditions of Work and Equality Department.

The report is the culmination of five years of work under the ILO’s Women at Work Centenary Initiative .

It finds that in the last 27 years the difference in the employment rates for men and women has shrunk by less than two percentage points. In 2018, women are still 26 percentage points less likely to be in employment than men. This contrasts with the findings of an ILO-Gallup 2017 global report on women’s and men’s preferences about women’s participation in paid work, which found that 70 per cent of women prefer to have a job rather than staying at home and that men agree.

In addition, between 2005 and 2015, the ‘motherhood employment penalty’, the difference in the proportion of adult women with children under six years in employment, compared to women without young children, increased significantly, by 38 per cent.

Moreover, women are still underrepresented at the top, a situation that has changed very little in the last 30 years. Fewer than one third of managers are women, although they are likely to be better educated than their male counterparts. The report shows generally that education is not the main reason for lower employment rates and lower pay of women, but rather that women do not receive the same dividends for education as men.

There is also a ‘motherhood leadership penalty’: only 25 per cent of managers with children under six years of age are women. Women’s share rises to 31 per cent for managers without young children.

The gender wage gap remains at an average of 20 per cent globally. Mothers experience a ‘motherhood wage penalty’ that compounds across their working life, while fathers enjoy a wage premium.

“A number of factors are blocking equality in employment, and the one playing the largest role is caregiving,” said Tomei. “In the last 20 years, the amount of time women spent on unpaid care and domestic work has hardly fallen, and men’s has increased by just eight minutes a day. At this pace of change it will take more than 200 years to achieve equality in time spent in unpaid care work.”

The report sets out laws and practices that are changing this dynamic, for a more equal sharing of care within the family, and between the family and the State. “When men share unpaid care work more equally, more women are found in managerial positions,” added Tomei, highlighting the role of men in creating a more gender-equal work of work.

The report also includes findings from ‘real time’ data, gathered by the professional networking website LinkedIn from five countries, covering 22 per cent of the global employed population in three different regions. This joint ILO-LinkedIn collaboration found that women with digital skills – currently a requirement for the most-in-demand and highest paying jobs in science, technology, engineering and maths-related (STEM) – are only between a third and a quarter of LinkedIn members with such skills. However, it also revealed that the women who reach director-level positions get there faster, more than a year earlier than their male counterparts.

“With commitment and courageous choices, there can be a quantum leap, so that the future of work does not reinforce the inequalities of the past."

The Quantum Leap report shows that achieving gender equality will mean policy changes and actions in a range of mutually reinforcing areas, and it points to measures that can lead towards a transformative and measurable agenda for gender equality. The path of rights is the foundation for a more equal world of work, including the right to equal opportunities, the right to be free from discrimination, violence and harassment, and to equal pay for work of equal value.

A future of work where everyone can care more, with time to care and inclusive care policies and structures is also strongly advocated in the report. A more caring future of work will also mean significant employment creation. The need for universal social protection and a sound macroeconomic framework is also addressed. With the wide-ranging global transformations underway – technological, demographic and climate change – the report calls for greater efforts to engage and support women through work transitions. Increasing women’s voice and representation will also be essential to ensure all the other paths are truly effective.

“We will not get the future of work with social justice we need unless we accelerate action to improve progress on gender equality at work. We already know what needs to be done,” said ILO Director-General Guy Ryder. “We need to implement a transformative agenda that includes enforcement of laws and regulations – perhaps we may even need to revisit those laws and regulations - backed by investment in services that level the playing field for women, such as care and social protection, and a more flexible approach to both working hours and working careers. And there is the persistent attitudinal challenge of attitudes to women joining the workforce and their place in it.”

“We know much more now about gender gaps and what drives them, and what needs to be done to make meaningful progress on gender equality in the world of work – the path is clear,” said Shauna Olney, Chief Gender, Equality and Diversity & ILOAIDS Branch. “With commitment and courageous choices, there can be a quantum leap, so that the future of work does not reinforce the inequalities of the past. And this will benefit everyone.”

TRISHULI RIVER BASIN Call For Protection By A Correspondent 3 days, 16 hours ago

NEA Given The Go-Ahead By Keshab Poudel 4 days, 18 hours ago