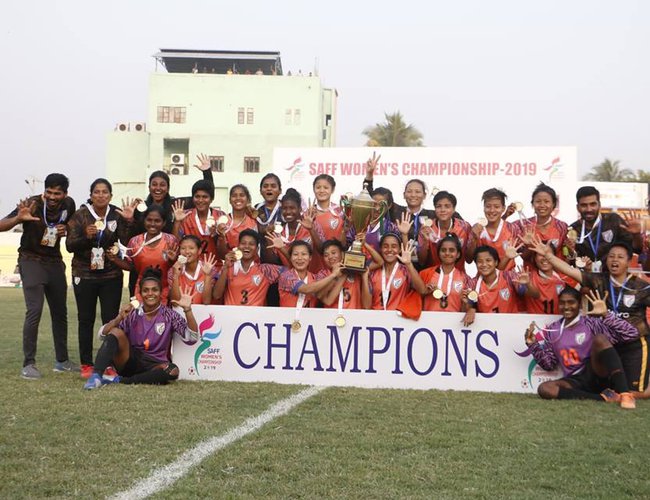 Indian Woman team defeated Nepal in the final match of South Asian Women’s Football Championship by 3-1 at Biratnagar Stadium. This is the fourth time India defeated Nepal in final and fifth time won the tournament.

Although the first half of the match went 1-1 draw but India scored two goals in second half one after another. In the first half, Nepal played very strongly but they have lost their strength later.