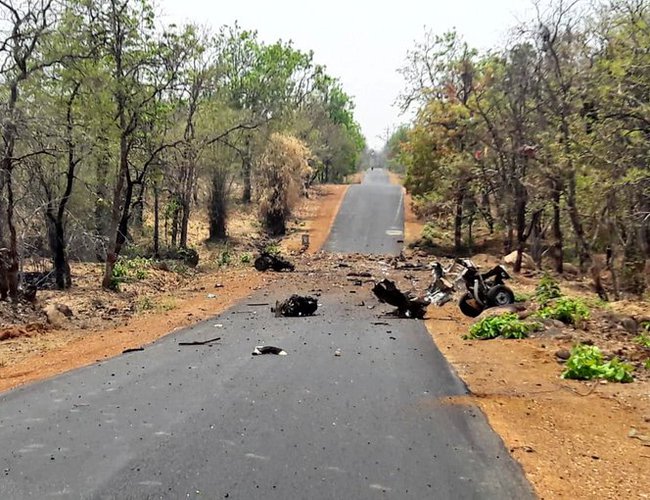 Suspected Maoist rebels killed at least 15 security personnel and a civilian driver in an attack on two vehicles in the western state of Maharashtra on Wednesday, police said, as the state celebrated its foundation day.

A senior Maharashtra police official sold that the rebels triggered an improvised explosive device (IED) blast in Gadchiroli, which borders the Maoist stronghold of Chhattisgarh.

"It is a dastardly attack, we will try our best that such incidents are not repeated. Our people are present at the spot, more information will come out by today evening," he said requesting to remain anonymous.

India's home minister Rajnath Singh described the attack as "an act of cowardice and desperation".

Chowkidar Narendra Modi tweets I strongly condemn the despicable attack on our security personnel in Gadchiroli, Maharashtra. I salute all the brave personnel. Their sacrifices will never be forgotten. My thoughts & solidarity are with the bereaved families. The perpetrators of such violence will not be spared.

The Maoist rebels, known as Naxals, have killed more than 10 people, including a politician, in Chhattisgarh state amid the multi-phase general elections that will conclude on May 19.

The rebels have battled the state for decades, saying they are fighting for people left out of a long economic boom in Asia's third-largest economy.

Police say Maoist militants have attacked a van carrying police commandos in the rebel's stronghold in western India and 16 officers are feared to have died.

Bhutanese Monk Decided To Bar Visitors From Religious Dance Due To COVID-19 By NEW SPOTLIGHT ONLINE 3 days, 18 hours ago

With 27 More Test Covid-19 Positive, The Total Surge To 224 In Bhutan By NEW SPOTLIGHT ONLINE 3 weeks, 5 days ago