The Third Tier Of Federal Nepal: A Chain Is Only As Strong As Its Weakest Link

The great transformation that the country is passing through has two clearly important aspects. The first aspect is the dynamism that the re-creation of the accountable form of government and the participatory framework has given to the local people after a lengthy inertia 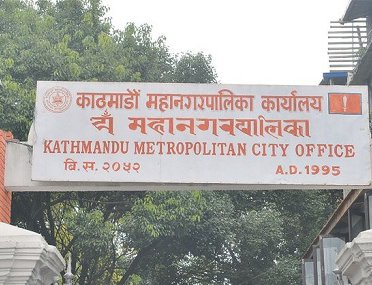 A great transformation is ongoing at the local level in Nepal after the restructuring of the country from a unitary to a three-tier federal state, and the subsequent grassroots elections in 2017. These elections were held after a gap of 20 years (if one excludes the local elections held at the initiation of King Gyanendra in 53 municipalities in 2006, which were neither recognized by the major political parties and nor saw high voter turnout). It is high time that policymakers and local government practitioners recognize this transformation and supplement it with the necessary interventions.

The great transformation that the country is passing through has two clearly important aspects. The first aspect is the dynamism that the re-creation of the accountable form of government and the participatory framework has given to the local people after a lengthy inertia. The 2017 local elections were held for all six, newly-restructured metropolitan cities, 11 sub-metropolitan cities, 276 municipalities and 460 village bodies (now termed "rural municipalities" in English). They have developed new identities, a sense of federal stakeholders and sizable local governments. The local people are genuinely empowered. Their institutions, formal and informal, have found an opportunity to engage with the elected local government.

The second aspect of the transformation is obviously being brought by the constitutional provision that provides independent space to the local governments to work in their territory under the framework of the division of powers amongst the three tiers of government. Proverbial in the vernacular as 'Ekal Anushuchi,' Schedule 8 of the Constitution vests in the local governments 22 powers that enable them to formulate laws as necessary and implement them. Besides, there are 15 additional concurrent powers that can be implemented by all three level of state, i.e., federation, province, and local levels, according to the framework laws enacted by the federal government. This has helped the local people to engage in long-term planning for their development instead of simply meeting their current societal needs.

These two ongoing aspects of the great transformation have left behind Nepal's mixed experiment with decentralization. The country is experiencing power-oriented discourse in the relationship between levels of government, and on the negotiating table are leaders representing the diversity of Nepalese society. A total of 14,339 positions of representatives (approximately 41 percent) are held by women in the local government. Apart from women, there is a vast improvement in the representation of dalits, janajatis (29.3 percent) and Madhesis. Additionally, even though they will have to contest another election for leadership positions, which they are yet to win, it is clear that the playing field will not be the same for the dominant communities after their five-year sojourn in the axis of power.

While the first aspect gives vitality to the people empowered by the new Constitution, the second provides autonomy and self-government, which must be respected by both the federal and provincial governments. The combined effect of this transformation enables further impetus for democratization, equality, inclusive economic development and human rights.

The changes observed at the grassroots in Nepal indicate many positive scenarios. They have helped dispel the worries of the skeptics that the consolidation of the local governments, or the governments at the third tier, will weaken the provinces and their exercise of executive and legislative power. On the contrary, provincial governments, and especially their sub-national administrative units, will find effective local support, and the progaramme and activities that they launch will receive the necessary stimuli from the local governments. The provinces will grow further stronger in the time to come as they will concentrate on strategic policy issues and major provincial plans and priorities.

This early trend encourages all stakeholders. While the positive trend must be appreciated, all those concerned with this process need to facilitate the resolution of issues that have surfaced in the implementation of the Constitution, options before the federal government and challenges that need to be overcome.

Most of the statutes passed by the federal parliament in the past were connected to the policy issues, but were given way without clearing the relevant policies first. It did so to fulfill constitutionally-mandated obligations. It amended many of the existing laws to align them with the new Constitution. The government is struggling even now with at least two and half dozen bills currently being considered in either house of the federal parliament. Due to the pressure of the situation, the government has pushed these measures without first clearing vital policy issues, which would have significant implications for the proposed and discussed laws. In some important sense, provincial and local governments have been bewildered to see how they could exercise their powers, when enabling laws that have been created fall way behind and do not give them a role in explicit terms.

Despite the effort of the government to federalize the public administration of Nepal, during the last two years, the bureaucracy of the unitarian state has still been in effect with almost no change in its status. The provincial and local governments have been increasingly able to receive the necessary staff members; however, they have not been able to retain them for longer periods, and in many cases, failed to meet the local or provincial requirements. This is because the supply is not based on the particularized demands. Some elected representatives have even expressed their concerns that such public servants are reluctant to implement their governmental decisions. While the sub-national governments have been unable to create their own bureaucracy, they feel that it is absolutely important to develop a workable system of supervision and control at their level, which requires the power of appointment, transfer, a disciplinary system and control. As provincial governments have not passed their enabling laws, provincial public service commissions have not been established. Unfortunately, this has not happened because the federal government, which has the responsibility to work out framework and national standards, has not done so.

The model laws, procedures and directives with which the federal government helped the local and provincial governments were very helpful in the beginning. They were worked out in haste by the bureaucracy of the federal government and aimed at providing the basic rules of the game, while the power of the central government was transferred to the newly-elected provincial and local governments. Such laws, procedures and directives were adopted by the local governments without almost any modifications and have served their initial purpose. Now it is the time to review them and ensure that they are more provincial and local in their orientation. Many of these model laws express the biases of the senior bureaucrats rather than the commitment of the new Constitution to autonomy and self-government.

The Constitution has established the Inter-provincial Council to deal with issues that have the potential of escalating in the context of centre-province relations. It is the Council of the prime minister, who presides the forum, and politically helps resolve arising issues. Importantly, the prime minister must regularize the operations of the Council and foster it as an institution that can quickly handle the arising teething problems of federalization. The local level is not directly represented in the Council, although it also faces issues that should be able to reach this forum for necessary consideration. The constitutional position is that the issues related to the friction between local governments within a province are to be handled by the provincial assembly. This might mean that a committee within the assembly will discuss the issues and offer recommendations to the full house or the provincial government. While this provision has its own merits, the federal system that the Constitution has created is a three-tier system, and the creation of necessary provisions should ensure that the third tier is enabled to participate in the Council. Even the status of an observer could be considered, and nothing will restrict the federal government from providing for this arrangement under its lawmaking power.

The same issue comes up in the case of the National Natural Resources and Finance Commission. The Constitution created the Commission to perform many essential, independent roles in determining the detailed basis and modality for the distribution of revenues out of the federal consolidated fund amongst the federal, provincial and local governments. Among other things, the Commission is required to make recommendations about equalization grants to be provided to the provincial and local governments, conditional grants, norms/standards and situation of infrastructures, the distribution of revenues between the provincial and local governments, revenue collection, ceiling of internal loans, potential disputes, environmental impact assessment, mobilization of natural resources and distribution of revenues. To a great extent, the success of federalism in Nepal will depend on the efficiency, impartiality and justice of the Commission's decision-making. 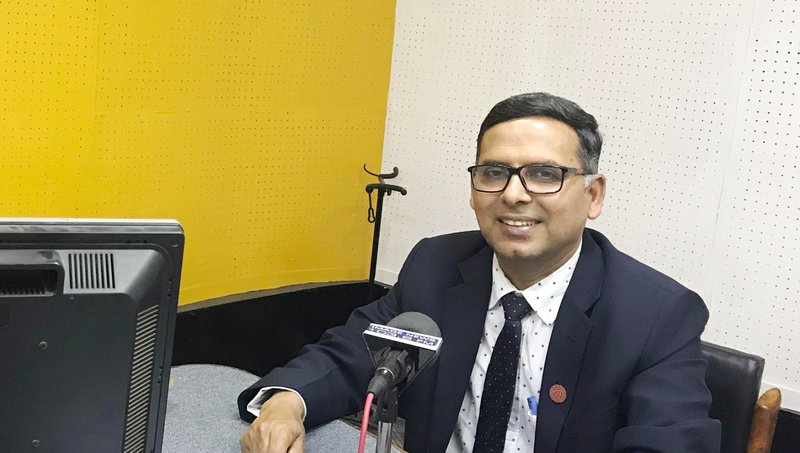 The pace of federalization has not been satisfactory to many stakeholders. Stakeholders have officially and in unofficial gatherings expressed their concerns. The federal government needs to consistently and properly respond to these concerns. Due to the clout of the present government at all levels, the prime minister is certainly in a position to coordinate and control the outpourings. However, ad hocims is not helpful. The Constitution did not create a body such as a constitution implementation commission to advise and assist the leadership to manage the different layers of transitions based on certain principles and standards, and its absence makes the job more challenging. The option is consolidation of the cabinet office to attend the transition issue.

Federal transition is a long, thought-out process that cannot be completed hastily. At the same time, federal transition is not meant to be a lingering process. The current situation needs to be seriously overviewed. The local governments are still far from gaining exclusive control over key sectors like their general administration, education, health, and agriculture and livestock. This prevents local governments from exercising the power so clearly guaranteed by the Constitution, and such matters need to be facilitated urgently.

The common concern of all local governments seems to be lack of human resources and expertise in all areas of their executive, legislative and judicial works. For example, they all desperately need training on the planning and management of and compliance with procurement laws. Internal rules of the provincial assemblies require revisions. The house procedures that provincial assemblies have laid down for local assemblies need substantial improvement. The village and municipal assemblies must receive adequate orientation on how to perform like local legislatures as expected under the Constitution. The success of the local legislatures also means the progress towards popular accountability, transparency and the rule of law. Civil servants under the control of the federal government, who have been basically trained and disciplined in the unitary state, have to be able to facilitate this process with a new spirit.

The overarching principle of Nepalese federalism is "cooperation, co-existence and coordination." As the English proverb goes, "a chain is only as strong as its weakest link." The sooner the federal government involves other tiers in this process, the better the chances will of completing the transition efficiently.

Nepal’s Foreign Policy In Times Of Change And Uncertainty By Katak Malla 1 hour, 14 minutes ago

Living With COVID-19 By Dr. Prabin Manandhar 3 days, 19 hours ago

The Long(er) Road to Prosperity By Ashray Bikram Pande and Samarjeet Singh Thapa 4 days, 5 hours ago