Trump has imposed fresh sanctions on Iran and threatened it of total obliteration. We can simply pray that things do not go much beyond the US retaliatory cyber-attack against Iranian missile control system so that situation does not seriously deteriorate in the Middle East\Gulf, which could further complicate matters in Nepal with depleting foreign exchange reserve and alarming trade and current account deficit. Internally, late and inadequate monsoonal rains, projected to be 30 percent less this year, and reported shortage of chemical fertilizers may negatively affect paddy output, a major contributor to Nepal’s gross domestic product. May Lord Pashupatinath continue to save this nation and its people? 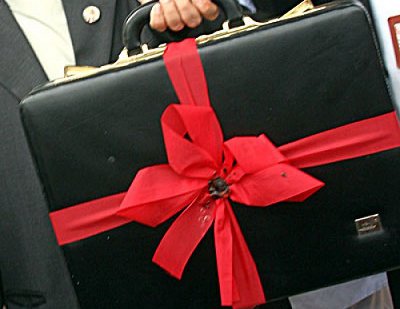 Little more than two weeks after the government in Kathmandu presented the annual budget for the entire nation, all seven provinces presented their annual budgets for the fiscal year 2019\20 in their respective provincial assemblies. The budgets focusing basically on development of infrastructure, promotion of tourism and development of agriculture, have a combined outlay of Rs.260 billion. Province-3 has the highest (Rs. 47.6billion) and Province-7 has the lowest (Rs.28.16) expenditure proposal. Provincial budgets seem to have followed the footsteps of central budget, which is seen, among others, by the authority given to members of all legislative assemblies to spend around 9 percent of development expenditure. The money allocated per member ranges from Rs.1.2 million in Gandaki to Rs.30 million each in Province-2, Province-3 and Province-7. Money under this head accounts for just 0.58 percent of the budgeted capital expenditure in Gandaki and is as high as 16.66 percent in Province-2 followed by Province-3(14.44 percent) and province-7(12.17 percent). With the sole exception of Gandaki, which had not provisioned any money under this head last fiscal year, all other provinces seem to have done their best to keep assembly members happy, probably inspired by the federal budget, which has significantly increased the amount under this head to Rs. 60 million per member. We can simply hope that the money thus allocated in different budgets is less misused.

Indeed, from the standpoint of funds availability, Nepal is likely to take a big jump because seven provincial and the federal budgets have a combined outlay of around Rs.1800 billion, which is 37 percent more than the appropriated total outlay of Rs.1315 billion and 41 percent more than the likely actual expenditure (Rs.1271billion) in the federal budget for this fiscal year. Talking specifically of capital expenditure side, a similar pleasant situation exists as not only the federal budget but provincial governments have generously allocated huge sum under this head. The federal budget has Rs. 408 billion under the capital expenditure head, which is 30 percent higher than the appropriated sum under this head in 2018\19 and about 50 percent more than what the concerned agency thinks the actual capital expenditure would be by the end of this fiscal year. When lumped together, the eight budgets (1 federal and 7 provincial) will have about Rs. 500 billion to be expended as capital expenditure in the country, which is a significant jump and could do a lot, if properly spent, in achieving the growth target of the budget. Local bodies are also coming up with their expenditure plans. Private sector investment will also contribute in a significant way as long as the investment friendly environment exists in the country. Right kind of environment will have to be created and utmost attention will have to be paid to the implementation side of these proposals. However, looking at the lackluster performance related to budget implementation in the past and somewhat disturbing\confusing current situation, easy implementation of the budgets is not seen.

The seven provinces have made their second budget public after Nepal embraced federalism. This fiscal year is turning out to be disastrous in terms of budget implementation because only less than 25 percent of the money made available is likely to be spent, the result being huge unspent money lying idle with provinces. The huge unspent reserves have been carried forward for the next fiscal year, which ranges from Rs.4.78 billion in Province-7, Rs.8.94 billion in Karnali and Rs.7.70 billion in Province-2. Karnali’s budgetary allocation for the next fiscal year is still relatively substantial at Rs.34.35 billion, which is more than what is made available for Far West (Rs 28.16 billion) and Gandaki (Rs.32.13billion).There is no doubt that Karnali needs lots of resources to develop physical infrastructure and create other conditions necessary for exploiting its vast natural resources but the money provisioned should not remain unspent. Therefore, along with huge fiscal transfer from the federal government each year, it will have to be technically backstopped from Kathmandu. It is sad that a province which needs special attention so that it could be at par with other provinces soon, has to declare hug unspent reserve, the highest amongst seven provinces. Probably, in view of the huge unspent money with provinces, the federal government has allocated less for provinces for the next fiscal year, which has prompted some lawmakers to accuse it of being against federal system of governance. Along with this accusation, it is also observed that not only the seven provincial governments but the government in Kathmandu has also failed, by its own admission, to spend the money allocated under different heads. For example, till the end of the eleventh month of this fiscal, government was able to spend only little more than 46 percent of Rs. 313 billion kept under capital expenditure head. In its half yearly review of the budget, government had slashed capital expenditure, probably realizing unsatisfactory performance, to Rs. 265 billion. It is now apprehended that even this new figure may not be achieved. Indeed, not much sense is seen in hiking the budgetary outlays the reason to suggest that the government in Kathmandu should not have hiked the budget so much, from Rs. 1315 billion in fiscal 2018\19 to Rs. 1533 billion in 2019\20. Likewise, not much sense is seen in increasing capital expenditure, from Rs. 313 billion in 2018\19 to Rs. 408 billion in 2019\20 when a sizeable chunk of the budget has remained unspent so far, forcing government to admit that capital expenditure would be around Rs. 271 billion in the current fiscal year. Even in the face of this bitter reality, it is perplexing that the federal budget has been inflated so much. Total budgetary outlays increased by Rs.36 billion (Rs.1279 to Rs. 1315 billion) between fiscal years 2017\18 and 2018\19, while it increased by Rs. 218 billion between fiscal 2018\19 and 2019\20.Likewise, capital expenditure has also increased by about Rs. 100 billion without any meaningful changes in the delivery mechanism and at a time when the overall situation still looks quite unsatisfactory and confusing. It looks like Prime Minister Oli and his close stalwarts will have to struggle a lot within the ruling party itself to facilitate convergence of divergent views on issues faced by the nation and their party.

Some controversial bills presented in the House have created a havoc both within and outside of the Parliament. The bill related to media has already invited lots of criticism and protesting journalists, demanding withdrawal of the bill, have been supported by different organizations and political parties. The government is yet to take a decision. More serious than this was the Guthi (Trust) Bill the submission of which in the National Assembly invited mass protests by people, especially from the Newar community, which flared to areas beyond the Valley as well. The protesters argued that if the Bill was enacted into law, it would not only adversely impact people’s culture, tradition and religious practices but also allow the land mafia to capture Guthi land. The major opposition party Nepali Congress openly supported the protest and demanded withdrawal of the Guthi Bill. Under immense pressure from different quarters, the government decided to withdraw the controversial Bill. Despite the announcement, however, thousands of people gathered at Maitighar Mandela the very next day. Fully convinced that this was a move by the government to undermine Newari culture and tradition, the assembled protesters demanded complete scrapping of the Guthi Bill. Indeed, leaders have to learn to make quick adjustments when their actions tend to become too costly, remembering very well that in certain cases even a strong parliamentary majority cannot be of any use to get the intended job done. The Guthi Bill registered on April 30 was formally withdrawn from the Upper House on June 25. This reversal may not be taken as a setback for anyone. On the contrary, those running the show in the country, often accused of inadequate homework before making decisions on important issues, should do their best to manage growing discontent. It is noticed that lawmakers of the ruling party have been occasionally taking the liberty of alienating themselves from the decisions of the party and the government, which became very evident in the current case as some disgruntled lawmakers of the party went to the extent of demanding resignation of some ministers. What has happened in recent times should be taken as lessons for future works so that what has occurred now does not recur. Indeed, internal situation does not look promising and stable nor is the current external environment encouraging.

The trade war between China and US is far from over, which has begun to hurt businesses on both side. American companies have urged President Trump not to extend tariff to additional goods from China because additional tariffs have already driven up retail prices, squeezed profit and made American firms less competitive on the global market where these firms have to face rivals that do not pay higher taxes on components bought from China. It is a matter of common sense that American businesses are paying the import tariff and the increased cost is passed on to their customers both within and outside of the United States. Trump has already imposed 25 percent tariff on 250 billion dollars in Chinese goods and this could be extended to additional 300 billion dollars in goods from China. It is hoped that trade negotiations between the two countries will resume little before or soon after the Group of 20 summit in Osaka on June 27-29 where the two heads of government are expected to hold talks on complex trade issues. Let us also hope that the trade row, now in initial stage, between India, about to be declared the fifth largest economy in the world, and US does not flare much. It may be noted that India has recently announced retaliatory tariff on American goods getting into India. In addition to these trade-related issues, some other latest incidents in the sky and water below are very worrisome. Two oil tankers were attacked in the Gulf of Oman in the second of June, sparking fears of a full-fledged conflict between Iran and the United States. After this attack in the Gulf through which passes one-third of the global oil, fossil fuel prices have begun to soar. To further complicate the situation, Iran shut down a US spy drone near the strategic Strait of Hormuz,with the two nations at odds whether it was in Iranian or international airspace. President Trump did nice by calling off the planned air strikes on Iran which would have killed around 150 people. Trump has imposed fresh sanctions on Iran and threatened it of total obliteration. We can simply pray that things do not go much beyond the US retaliatory cyber-attack against Iranian missile control system so that situation does not seriously deteriorate in the Middle East\Gulf, which could further complicate matters in Nepal with depleting foreign exchange reserve and alarming trade and current account deficit. Internally, late and inadequate monsoonal rains, projected to be 30 percent less this year, and reported shortage of chemical fertilizers may negatively affect paddy output, a major contributor to Nepal’s gross domestic product. May Lord Pashupatinath continue to save this nation and its people?