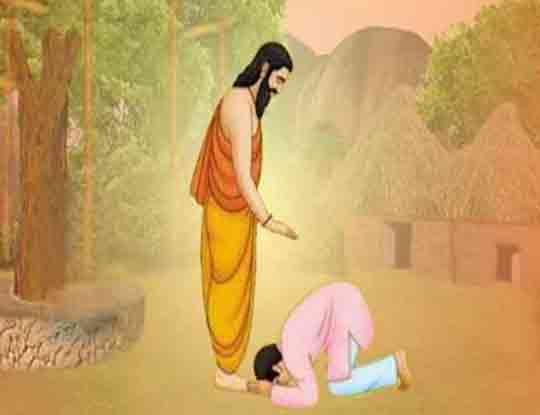 Today is Guru Purnima which is also celebrated as Vyasa Purnima as this day marks the birth anniversary of Guru Veda Vyasa, who is generally considered the author of the Mahabharata.

Guru Purnima, also known as Vyasa Purnima, is celebrated on full moon day or Purnima of the Shukla Paksh or the waxing moon in the Ashadha month of the Hindu calendar. As the name denotes, the day is dedicated to gurus or teachers. On Guru Purnima, the students worship their gurus or teachers, by offering puja and paying respect to them.

In the ancient Hindu texts, Gurus had a great significance in a disciple’s life. Gurus refer to the spiritual guide who enlightens disciples by his knowledge and teachings. Guru Purnima is also celebrated as Vyasa Purnima as this day marks the birth anniversary of Guru Veda Vyasa, who is generally considered the author of the Mahabharata.

Guru Purnima or Vyasa Purnima is celebrated in the Ashadha month of the Hindu calendar on the Purnima or the full moon day of the Shukla Paksh or the waxing moon. This year, the festival will be celebrated on Tuesday, July 16.

In Hindu tradition, the word Guru refers to someone who takes his disciples away from the darkness of ignorance and enlightens them with knowledge and awareness. In order to respect gurus and pay a tribute to their hard work, Hindus celebrate Guru Purnima.

While Sri Madhvacharya, Adi Shankara, and Sri Ramanuja Acharya are some of the famous gurus in the Indian culture, the disciples of Gautam Buddha also honour him on this day, as it is believed that Lord Buddha delivered his first sermon on the day of Guru Purnima.