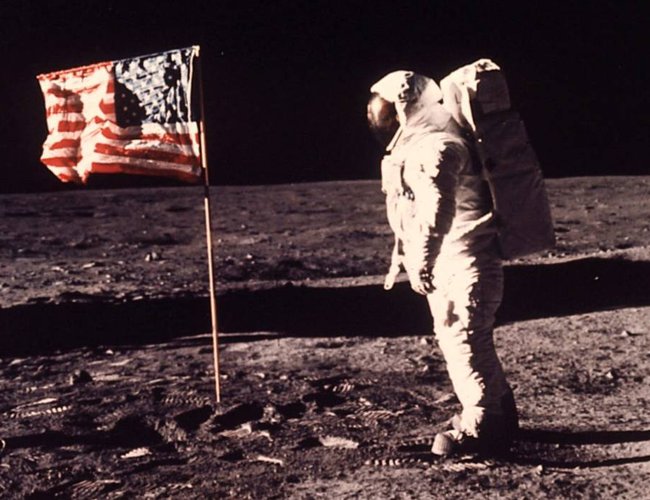 Today marks the 50th anniversary of the first Moon landing, on Sunday July 20 1969. Fifty years ago today, Neil Armstrong became the first person to set foot on the moon. His immortal line: ‘That’s one small step for man, one giant leap for mankind,’ have been etched into the history books as permanently as his boot print on the dusty surface of the Sea of Tranquility.

Armstrong was joined by Edwin ‘Buzz’ Aldrin on the lunar surface whilst Michael Collins, the third member of Nasa’s Apollo 11 mission orbited above. After two hours on the moon, Armstrong and Aldrin rejoined Collins and the three returned to Earth.

In the intervening half-century between then and now, only ten other men have accomplished the feat of walking on the moon. The last time anyone did so was in 1972, just three years after Apollo 11.

What was the Apollo 11 mission?

Nasa’s Apollo missions were a direct result of a ‘space race’ with the Soviet Union which was sparked after the latter launched the Sputnik 1 satellite in 1957. In 1961, John F. Kennedy became president and the Soviets celebrated the first ever manned flight into space.

The Americans felt they were falling behind technologically and that prompted the new president to pledge that the US would put a man on the moon before the end of the decade. To achieve this, the US government devoted billions and billions of dollars to Nasa, the National Aeronautics and Space Administration. Those dollars went towards the Apollo program, a series of launches with the aim of putting humans on the moon.

Who were the Apollo 11 astronauts?

Neil Armstrong, a 38-year-old civilian research pilot and former Navy aviator, was joined by Buzz Aldrin and Michael Collins. Armstrong joined Nasa’s astronaut program in 1962 and was named commander of the mission. Buzz Aldrin was a 39-year-old US Air Force pilot. Footage from the moon’s surface shows Aldrin saluting the American flag, something that he says meant a lot to him as a serving member of the US military. Meanwhile, Michael Collins, 39, was selected as the command module pilot. He has already been in space by the time of Apollo 11 and was tasked with piloting the command module in the moon’s orbit while the others walked on the moon. 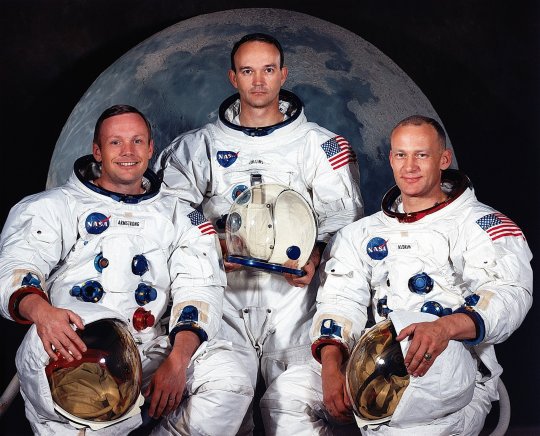 Apollo 11 took off from its launch pad in Cape Kennedy, Florida at 9.32am EDT (1.32am GMT). The command and lunar module were mounted to the top of a Saturn V rocket – which remains the most powerful rocket ever built. The power from the rocket launch in the first two minutes alone produced 3.4 million kilograms of thrust. It drank twenty tonnes of fuel per second to break free from Earth’s atmosphere.

During Apollo 11, Neil Armstrong and Buzz Aldrin spent two hours and 31 minutes outside the lander. Later missions allowed for two excursions and, with the final missions, three. During Apollo 17, astronauts Gene Cernan and Harrison Schmitt spent a total of 22 hours exploring the lunar surface.

As the first scientist to walk on the Moon, Schmitt put the training he’d provided for the other Apollo crews into practice.

The orange soil is one of the most significant scientific discoveries of the Apollo missions. Later analysis proved it to be molten drops of lava spewed from an ancient volcano.

Thanks to the Moon walkers of Apollo we know the Moon is ancient, lifeless and was formed from the same common materials as Earth, likely through a giant cosmic collision. We know about moonquakes, the tenuous lunar atmosphere and the exact distance to the Earth.

If all that lunar science could be achieved in 80 hours, imagine what a permanent human presence on the Moon might achieve.

Nasa administrator Jim Bridenstine has pledged to land a female astronaut on the moon in five years’ time as part of a new programme called Artemis. He said that seeing the first woman land on the moon will inspire a new generation of young girls to work in the space industry. Bridenstine said the history of moon landings shows little opportunities were offered to women, but described the current crop of astronauts as ‘very diverse’.

The space agency administrator was speaking after US President Donald Trump announced an additional 1.6 billion dollars to go towards accelerating the lunar programme. Speaking at the Humans to Mars Summit in Washington DC on Tuesday, Bridenstein said: ‘I have an 11-year-old daughter and I want her to be able to see herself in the same way that our current very diverse astronaut corps sees itself.’

‘And if we look at the history of moon landings, it was test pilots from the 1960s and 1970s, fighter pilots, and there were no opportunities for women back then. ‘This program is going to enable a new generation of young girls like my daughter to see themselves in a way that maybe they wouldn’t otherwise see themselves.’

US Space Agency Has Revealed Water On The Moon By Agencies 5 hours, 11 minutes ago

Mars Will Be Closer To Earth Today Than It Will Be For Another 15 Years By Agencies 1 week, 6 days ago

UAE Probe Leads To Mars On Japanese Rocket By Agencies 3 months, 1 week ago