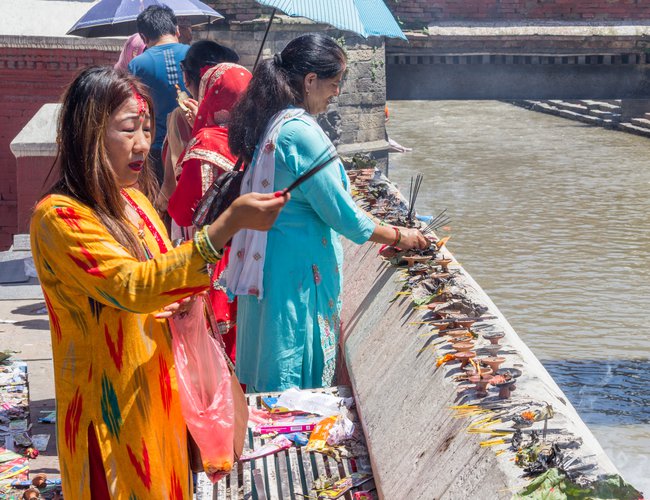 Hartalika Teej is one of the most awaited festivals for married women in Nepal and India. The festival is hugely popular in all over Nepal including Indian states of UP, Bihar, Jharkhand and even parts of Madhya Pradesh.

This festival which follows Haritalika Teej is essentially a fast that married women keep for the health and long life of their husbands. This year the festival falls on September 2, 2019.

Why is the festival celebrated? According to Hindu mythology, Sati (known later as Parvati) wanted Lord Shiva as her husband. To make her wish come true, Sati undertook a rigorous penance in the Himalayas and one that lasted a long time.

Deeply moved by Sati’s deep love, Shiva married her and she came to be known as Parvati. Hence, the festival Hartalika Teej too is celebrated for women to fast for their husbands.

This fast is also known as “nirjal” (without water) fast and women consume food only the next day on this fast.

Teej celebrations lasts for three pious days. Traditional dances and songs form an important feature of Teej celebrations. Red color is considered auspicious for women observing Teej fast and so most of them dress up in red or bridal clothes.

The festival is celebrated with utmost dedication and love by the women in Nepal. Preparations for the festival begin well in advance. Fabric stores, sarees and suit outlets are stocked with the bridal red color fabric. Women spend most of the time shopping when Teej is near.

Teej festival celebrations are carried further with sumptuous feasts and traditional performances. On this day, women dress up beautifully. They clad themselves in red colored apparels, wear glass bangles, heavy ornaments and apply henna. Teej gives women an opportunity to dress like the newly wed. They worship the epitome of divine marriage - Lord Shiva and Goddess Parvati, for longevity and prosperity for their husband and family.

Teej is a three-day-long festival in Nepal and each day has its own significance.

The first day of Teej in Nepal is called the 'Dar Khane Din'. On this day, the womenfolk dressed in the finest clothed gather at one place and perform traditional dance and sing devotional songs. A special food called 'dar' is eaten. Celebrations continue till midnight after which the 24-hour-long fast begins.

The second or the fasting day of the Teej festival is dedicated to pujas and prayers. The holy Pashupatinath temple is thronged by women in red sarees to offer prayers to Lord Shiva. Women gather in the temple and circumambulate the Lingam (phallic symbol of the Lord) adorned with flowers, sweets and coins. The beautifully decorated idols of Shiva and Parvati are offered fruits and flowers to seek blessings of the divine spirits. Lighting of an oil lamp is very important part of the puja ceremony. It is said that the oil lamp should be kept lit all night to avoid bad omen.

The third day of the Teej Festival is called Rishi Panchami. On this day, the seven sages of the Hindu pantheon are worshiped by women in a belief that it will cleanse all sins of the previous year. Womenfolk take a holy bath with red mud found on the roots of the sacred Datiwan bush, along with its leaves. After three hours of rigorous cleansing, they come out purified and absolved from all sins. After this they sit in a semicircle while a priest sitting in the middle chants devotional prayers

Occurring around the month of August, Teej is a festival celebrated by women all over Nepal for three days. Decked up in red sarees and red tika, bangles, women sing and dance to traditional folk songs for days. It is specially significant for married women, when they get a special invitation to visit their maternal home and feast.

Following a long feast also known as Dar, the women, sit for a 24 hour long fasting , where most do not eat or even drink water. What is fascinating is to watch women of all age group, young and old, dance for hours in the heat , rain, without a drop of water or food for an entire day.

It is a sight to behold at the Pashupatinath temple, where thousands of women draped in Red and green throng the premises of the temple. Observers can take photos of these women dancing merrily , where sometimes foreigners, especially women tourists are requested to participate in the merry-making.

The significance of such a festival is for women to ask for special blessings by Lord Shiva, to have attain a good husband in life, and to pray for his longevity and prosperity.

Easter 2021: Date, History And Significance By Agencies 1 week, 2 days ago 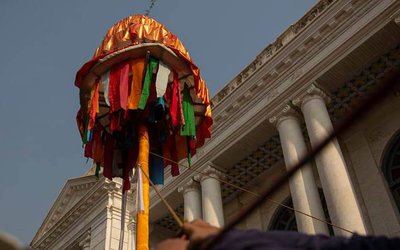 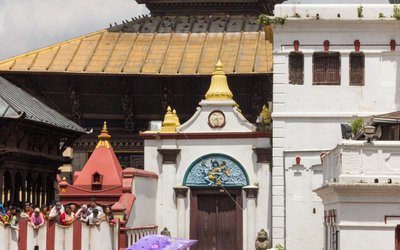 Pashupatinath Temple To Open As Usual By Agencies 1 month ago