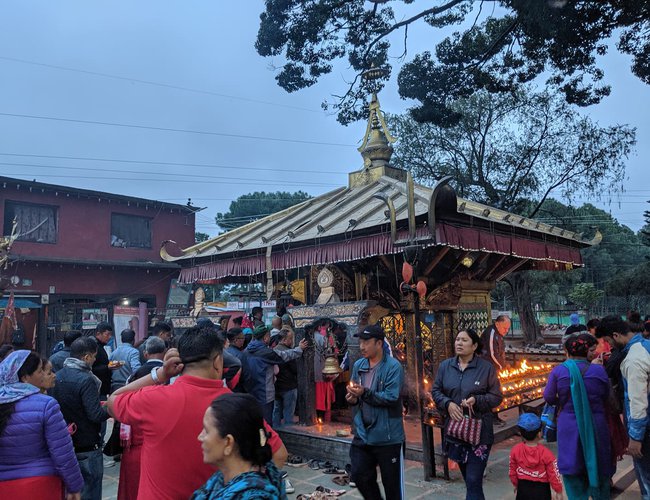 Hindus throughout Nepal are observing the eighth day of the ten-day-long Bada Dashain festival as ‘Maha Ashtami’ today by worshiping Goddess Durga Bhawani.

‘Maha Ashtami’ is considered special as Goddess Durga is said to have attained power on this day. Hindu devotees offer special worships to the goddesses Mahakali, Mahalaxmi and Mahasaraswati.

Devotees throng various temples and shrines of the goddesses in Kathmandu Valley and throughout the country from early morning and offer various items of worship. Some of them sacrifice goats and ducks. People, who do not sacrifice animals, offer various vegetables and fruits in place of animals.

Devotees also read ‘Durga Saptashati’ scriptures as a ritual. On the occasion, people perform religious rituals at the Dashain Ghars and armories and offer worship to the goddesses offering sacrifices of different animals.

People also worship weapons, vehicles and machinery parts in adherence to traditional rituals passed on from the Vedic period.

Also on this day, a special ‘Kalaratri’ worship is held at midnight at the ‘Dashain Ghar’ of Hanumandhoka in the capital city.

Navaratri is celebrated all over Nepal and India in multiple ways. Devotees worship Goddess Durga and her nine avatars -Shailaputri, Brahmacharini, Chandraghanta, Kushmanda, Skandamata, Katyayani, Kaalratri, Mahagauri and Siddhidhatri- throughout the nine days of the festival.

On the eight-day, Durga’s avatar Maha Gauri is worshipped and celebrated. Maha Gauri is a four-armed deity who rides on a bull or a white elephant. It is believed that on the eight-day, she illuminates the entire universe with the divine light. With a Trishul and a Damru in two of her hands, she protects and blesses her devotees.

The divine Maha Gauri grants her devotees with wealth, health and prosperity. To be blessed by her, please Maha Gauri by performing the Maha Ashtami puja on the right muhurat and with the right vidhi. 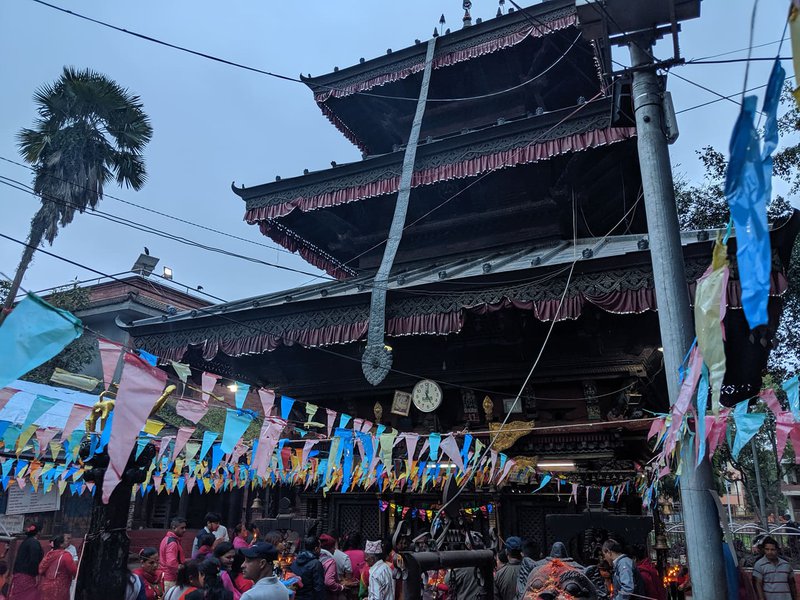 The Puja vidhi starts by washing the kanyas’ feet and applying tilak on their foreheads. The puja proceeds with tying ‘kalawa’ on their hands. The kanyas are then fed puri, halwa and chane ki sabzi.

After the kanyas are fed with prasad, people touch their feet to seek blessings. They are then provided with money or gifts, as per people’s choice.

Ashtami, the eighth day of Navratri is dedicated to Goddess Mahagauri. Many people observe ritualistic vrat as a mark of respect to the deity. Some people also do kanya puja or kanjak on an auspicious day. They invite nine young girls to their place and wash their feet with water. These girls are then served a prasad of halwa, poori, and black chana. They are also given cute gifts like clips, tiffin box etc. These nine pre-pubescent girls are seen as the embodiment of Durga. Some people observe kanjak on the ninth day of Navratri, or Navami. 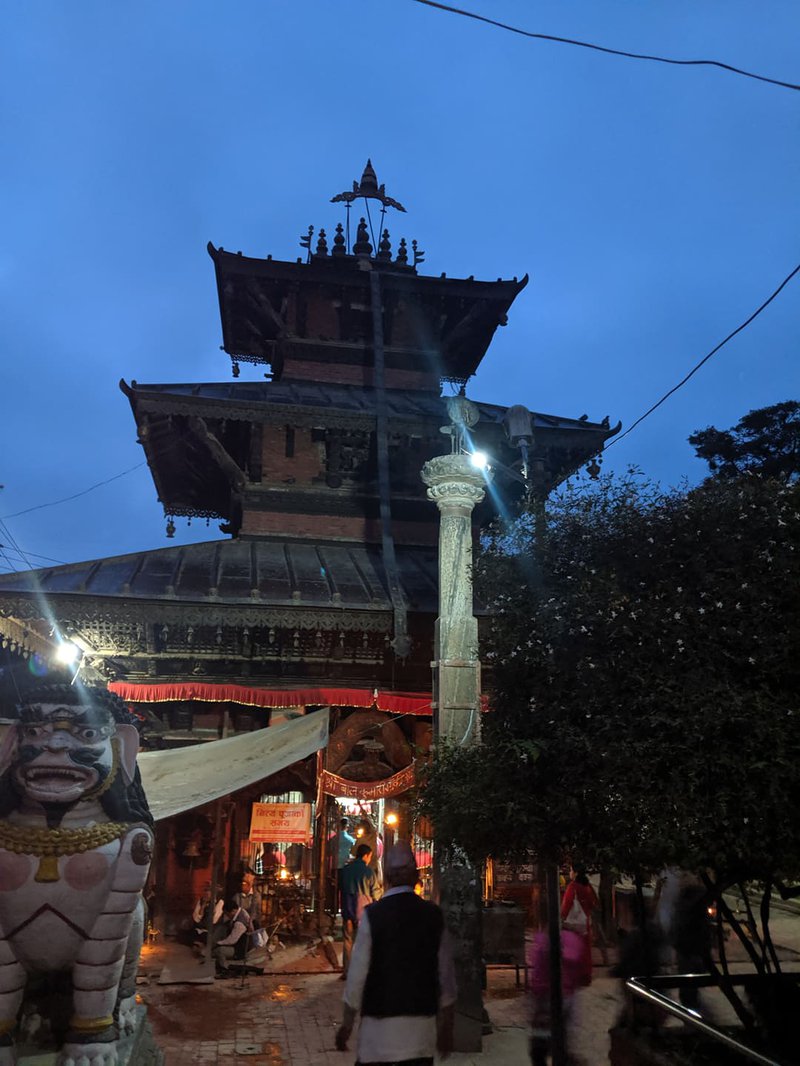 For Bengalis, Durga Ashtami is the most pivotal day of the whole festival. People, dressed in new clothes, flock the pandal early in the morning for Puspanjali, wherein they offer fragrant flowers to the Goddess after the holy incantation. One of the highlights of Mahashtami is the Shodashopachar Puja, wherein nine earthen pots are placed in the center ahead of the clay idol of Goddess Durga. The ritual is said to invoke the nine shaktis of Durga.

Swasthanibrathakatha To Conclude Today By Agencies 2 days, 1 hour ago