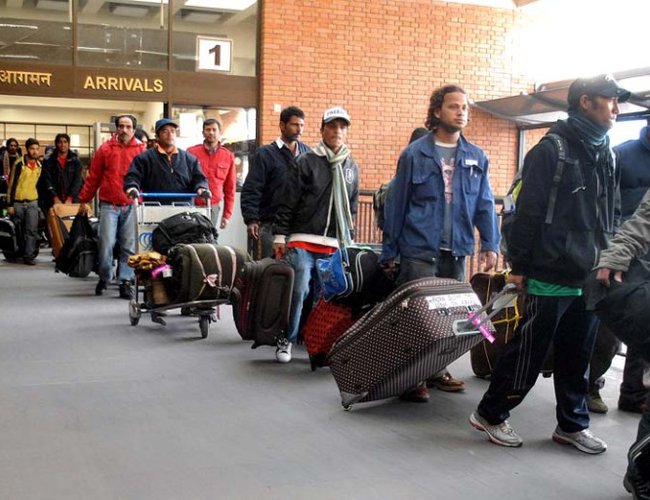 During the last parliamentary election, the ruling Communist Party of Nepal promised to increase the social security allowance to senior citizen, from current NRs 2000 to NRs 5000 , more than double per month. In course of fulfilling their promise, some party authorities and ministers have started to say that the social security allowance for senior citizen would certainly increase in upcoming federal budget, which is going to be presented in parliament next month.

Besides the senior citizen, the government distributes social security benefits to single woman and widow; absolute and partially handicapped; endangered tribe and protection of child and the numbers receiving different benefits have reached around three million.

Almost all the countries of world have provision of social security benefits to their people. If we see in global perspective, this has been a common agenda for both capitalist and socialist countries. In socialist state, who do not get jobs and who are vulnerable in society, social security benefits are provided to them. Capitalist countries have also unemployment benefits, health insurance and several other social safety programs.

In our present perspectives, social security allowances have some special hidden meaning too, as people who receive these allowances, they permanently reside inside in the country and are the most reliable voters in the elections. Around eight million young people are outside country doing jobs in the Gulf and the east Asian countries. They are not allowed to vote in elections from outside Nepal. Therefore, the votes of senior citizens and their dependents seem to be one of the important factors in determining election result to certain political party.

Public expenditure in social security benefits in Nepal has increased dramatically over the years. The government average annual expenditures for social security benefits are around NRs. 1 trillion, which is higher than the actual capital expenditures. It indicates that the government is doing little for development of productive sectors of economy, which could provide jobs for unemployed citizens including millions working abroad.

Apart from social security benefits, currently around 250,000 retired civil servants are receiving pension, and the government has allocated budget NRs 61 billion this year for pension distribution. The number of pension beneficiaries in Nepal is increasing and it has grown up by two decimal six times in the last a decade and a half. If the trend remains the same in the next decades, the pension beneficiaries will cover a significant portion of total population because annual increment of pensioner is higher than annual population growth.

As the government pension system in Nepal is still based on non-contribution and entire sum of pension is liable to the government, however private sector employees are not getting any pension upon their retirement, which is not just. Taking in consideration this fact, this year the government introduced contributary social security schemes both in public and private sectors based on the recommendations of High-level Administration Reform Suggestion Committee 2013.

The government stands guarantee for the fund. If the fund cannot provide the benefits for the beneficiaries under any of its schemes due to insufficiency of the deposits or for any other reasons, the government will help the fund to fulfil its liability

According to guidelines, workers will be eligible for pension 15 years after they start regular contribution to the fund.

The scheme will help ensure workers’ social security and create investor-friendly environment in the country. This scheme will also decrease misunderstanding and conflict between the employer and the employees. With implementation of the social security program, it is believed that workers will have fewer reasons to fight with the employers. It’s new concepts for private sector and believed to take more time for its acceptance completely.

In Nepal, more than 70 per cent of the economically active population are involved in the informal sector economy, who are facing multiple challenges and constraints because the government is not able to regulate it and subject to exploitation and deprived of many fundamental rights at work. Informal sector in Nepal can be classified - agriculture animal husbandry, trade, service, construction and transportation. In primary stage, social Insurance would be appropriate foundation for the social welfare of informal sector, which is finding difficulty to be part of social security system.

The Employees Provident Fund and Citizen Investment Trust and other similar social security funds, which are currently in operation in the formal sector, are investing in commercial buildings, government bonds, hydropower, state corporations and important national projects. Once the social security scheme is launched the formal sector will have to mandatorily transfer funds deposited in Citizen Investment Trust and Employees Provident Fund to the SSF. The newly introduced social security fund will additionally invest its deposits in lucrative sectors and cash surplus will allow the government to borrow less from the public to finance the deficit.

Social security schemes have lots of challenges as well. The most developed countries are also experiencing severe budgetary pressure in providing social security benefits and there is rising concern that charging tax to young people to support senior citizens and vulnerable people is unjust and legal claim on others money.

The social protection must treat people with dignity and respect, distributing equitably the costs and benefits of the system, efficient operation of social welfare institutions and improvement of beneficiary welfare.

Unless we grow by a significant scale of, say six or seven percent, we cannot keep increasing social security benefits. Social security budget should not increase more than 15 percent of our total budget. Social security scheme should not be a cheap political propaganda to attract only voters. Overpromise by the government could be disastrous in long-run for the small economy like ours.