For Nepal, the Kalapani land dispute has become convulsive and episodic 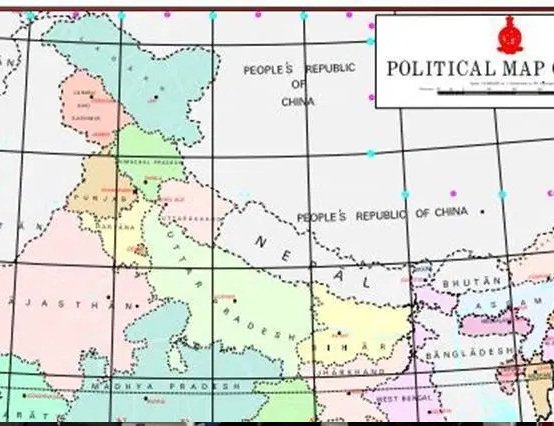 The ruckus in Nepal over Kalapani which I witnessed in Kathmandu and west Nepal in November and December was unprecedented, though notches lower than the anti-India storm of nationalism during the nearly two-month long economic blockade of 2015. Articles in print media, TV debates, discussions among civil society groups, political meetings, election rallies and street protests, with slogans like ‘go back India’ all featured Kalapani (and Susta) as the central theme. Not everyone though is factually accurate or unemotional about the disputed but strategically high value real estate near the India-China-Nepal trijunction.

For Nepal, the Kalapani land dispute has become convulsive and episodic. This time around, the Nepalese want closure on Kalapani and an end to the alleged border ‘encroachments’ by India.

They have convinced themselves that Kalapani is their land, ‘usurped’ by India. Kalapani is an old festering issue which was resurrected by New Delhi releasing on 2 November, a new map of India following the Reorganisation of J&K Act 2019, showing Pakistan Occupied Kashmir (PoK) in the Union Territory of J&K, and Gilgit, Baltistan and Aksai Chin in Ladakh. It also showed Kalapani in India, even as the foreign office spokesperson said: ‘The new map has in no manner, revised our boundary with Nepal’.

What is the Kalapani Dispute About?

The contestation is over three issues: the source of the Kali (also called Mahakali) river, the location of Lipulekh Pass , and the India-China-Nepal trijunction. The earliest the Nepalese go back on Kalapani is to 1816, the Treaty of Sugauli whose Article 5 reads: ‘areas east of Kali river belong to Nepal’. The origin/source of Kali river determines whether the Kalapani area, which is around 35 sq km, lies in India or Nepal.

Kathmandu claims the source of the Kali river is Lampiya Dhura and not Kalapani as avowed by India, which contends that beyond Kalapani, the boundary follows the watershed to the northern border encompassing the area bound by Lipu Gad (Kava Khola) and the watershed. If Lampiya Dhura is accepted as the source of river Kali, nearly 400 sq km of territory including Kalapani and Lipulekh Pass would go to Nepal.

But the Indian interpretation of the flow of Kali river puts the 35 sq km of Kalapani area on its side. The Indian Army says that the military posts at Kalapani – where there is a Kali temple – and Navidang patrol regularly till Tinker Post near Lipulekh Pass. Nepal’s territorial claims emanate from the river Kali originating from Lampiya Dhura, making Kalapani and the Lipulekh Pass theirs.

A number of Nepali scholars, politicians, journalists, former diplomats and military officials have plunged into the Kalapani debate. Quoting statements by the British Survey of India (1 February 1827 and 24 April 1856), experts have claimed that the Kalapani area lies within Nepal and Kali river as the border with its source at Lampiya Dhura. Veteran Nepali journalist Shyam Shrestha told BBC, that around 50 researchers had worked for 18 months, gathering evidence and material to support Nepal’s claims. In the same programme, a retired government official claimed that he had carried out the census at Kalapani in 1958, and the people there had voted in 1961.

Some very creative ideas on how Indian troops managed to deploy at Kalapani are also being expressed, the most popular being that after the 1962 India-China war, retreating Indian troops, finding Kalapani strategically significant, occupied it.

King Mahendra who had allowed China to build the Kodari Kathmandu (Araniko) highway around the same time, did not want to further annoy New Delhi, and let the post stay. This anecdotal evidence is attributed to Nepal’s former Foreign Minister, Rishikesh Shah, who advised the King to keep quiet.

Another former Foreign Minister, Shailendra Upadhyaya, has rejected this reasoning, admitting that Nepal has inadequate evidence to support this claim. He referred to former Indian Prime Minister IK Gujral who had said that if technicians can prove Kalapani belongs to Nepal, it will be given to it. The fact is, no Indian troops operated in the western India-Nepal-China trijunction area in 1962, and therefore, this theory is unsustainable.

Another widely-cited anecdotal account claims that India had established 18 posts on the Nepal-China border in the mid-60’s. While King Mahendra later ordered all posts to be withdrawn, the one at Kalapani stayed put.

The factual version is different: King Tribhuvan requested India to set up the Indian Military Mission in 1952. In 1960, 21 Joint Border Check Posts, along with the Royal Nepalese Army (RNA), were established for the surveillance of the Nepal-China border at Nepal’s request. In 1965, King Mahendra requested India to equip and arm the RNA, then consisting of four brigades. But on 15 August 1970, under immense pressure from the Communist lobby, King Mahendra ordered the reduced and renamed Indian Military Mission to leave Nepal, together with all the 21 Joint Border Check Posts. None of the 21 posts remained.

Two Nepalese experts – Major General Binoj Basnyat and Buddhi Narayan Shrestha (author of Border Management Of Nepal) have recommended a more professional border management policy based on a national security strategy. Lawmaker Anand Pathak wants India to vacate Kalapani as a gesture of goodwill. Meanwhile, civil society groups are hyperactive: on 24 November, ‘Save Border Campaign’ protested on Kalapani; on 25 November, ‘Save Nation Team’ came up with a new map of Nepal showing Kalapani in Nepal. Rattan Bhandari has written a book on Kalapani tracing the origin of the dispute, and has suggested solutions.

Why Kalapani Ruffled Feathers in Nepal in November

The last time Kalapani became a political hot potato was in 1999, when Foreign Minister Jaswant Singh visited Nepal with a delegation. I was part of his media team and recall that Communist leader Bamdev Gautam, accompanied by other Nepalese, including journalist Narayan Wagle, lead a protest march to Kalapani and grabbed headlines. At a press conference, Jaswant Singh had said that India was ready to amicably resolve the Kalapani issue. In 1981, a Joint Technical Boundary Committee had delineated 98 percent of the India-Nepal border, later producing 182 strip maps and installing nearly 85,000 boundary pillars. Maps were sent for ratification in 2007. Only Kalapani and Susta were two unresolved border issues. The Joint Technical Boundary Committee was redesignated in 2014 as the Boundary Working Group.

Kalapani became a political football last month during the 52 by-elections to various posts, the first after the 2017 series of elections.

Nepali Congress President and three-term Prime Minister, Sher Bahadur Deuba, slammed the ruling Nepal Communist Party, alleging that Kalapani had been ‘occupied’ by India with Prime Minister KP Oli’s ‘consent’. NCP executive chairman, Pushpa Kamal Dahal aka Prachanda, said that India must vacate its ‘illegal occupation’ of Kalapani. Oli told Kantipur TV that no previous government had taken up the Kalapani dispute due to ‘weakness’ and ‘inferiority complex’, and his government had already taken up the issue with India following an all-party political consensus .

Nepal Has Acted on Kalapani Issue With Zeal

Besides Kalapani, Nepal has flagged the India-China Additional Trading Post Agreement of 2015 through Lipulekh Pass, as a violation of Nepalese sovereignty. At the time, Prime Minister Sushil Koirala had called Prime Minister Modi to register Nepal’s strong objection. India has claimed that Lipulekh is on its territory. On the other hand, New Delhi has alleged that Nepal and China had bilaterally shifted the Tinker-Lipulekh trijunction 5.5 km west towards Lipulekh. This was apparently done in 1979, and will further confound the complexity of the dispute.

In sum, this time, Nepal has acted on Kalapani — urged by public opinion — with stunning alacrity.

Following the release of India’s new political map on 2 November, Nepal Ambassador to India, Nilambar Acharya met Foreign Secretary Vijay Gokhale on 5 November. On 21 November Nepal sent a diplomatic note to New Delhi. According to Nepal, there is no response from India so far. Nepal has sought the reactivation of 2014 Foreign Secretary-level Mechanism. On 12 December, Nepal’s minister for Land Management, Padma Aryal, said that Nepal will release its own map showing Lampiya Dhura as source of the Kali river.

In the ongoing debate in Nepal on Kalapani — which has been described as a David-Goliath situation — options in Nepal range from war, to the UN, to the International Court of Justice, and to the realists advocating the politico-diplomatic route. The Kalapani chorus has become the signature tune of ‘competing nationalism’ alias ‘anti-Indianism’. For a small country, land is sacred soil. Still, emotional grandstanding is no substitute for hard evidence.

For India, Kalapani is a strategic asset dominating an ancient trading post and the western India-Nepal -China trijunction. It serves as a military launch pad into Tibet. The Kalapani dispute must be resolved expeditiously and earnestly, to the mutual satisfaction of both sides. India cannot afford to disinvest the diminished trust it enjoys in Nepal.

(Major General (retd) Ashok K Mehta is a founding member of the Defence Planning Staff, the forerunner of the current Integrated Defence Staff. He is a former Maj Gen from the Gorkha Regiment of Indian Army, and was in Nepal in November/December 2019, and spoke to many Nepali experts on the Kalapani issue. This is an opinion piece and the views expressed above are the author’s own. (The Quint neither endorses nor is responsible for the same.)

Major General (retd) Mehta is a founding member of the Defense Planning Staff, the forerunner of the current Integrated Defense Staff

COVID And Children: The Next Crisis. Unless We Act Now By Scott DeLisi 1 week, 5 days ago

COVID-19 Pandemic And Nepal: WHO Guidelines By Laxmi Thapa 1 week, 5 days ago

Could Nepal Be The Next Technology Destination? A Conversation With Karvika Thapa, CEO Kimbu Tech By Shreya Gyawali 2 weeks, 3 days ago